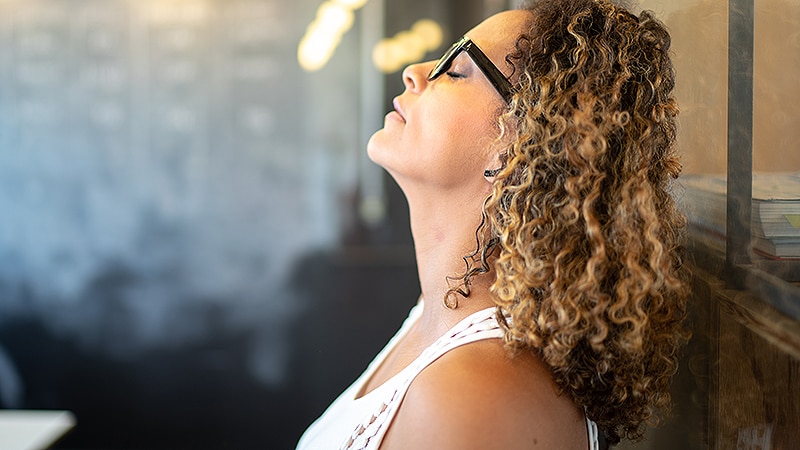 Worry and anxiety are strongly linked to fluctuations in levels of inflammatory markers, which can compromise the immune system, potentially leaving individuals at increased risk for physical illness, new research suggests.

Investigators at the Ohio State University College of Medicine in Columbus found that increases in levels of the inflammatory cytokines interleukin-6 (IL-6) and interferon-gamma (IFN-γ) corresponded to increased levels of worrying.

“Worry has clear physiological effects. It basically creates wear and tear on the body that may, across time, have implications for physical health,” study investigator Megan Elizabeth Renna, PhD, told Medscape Medical News.

The findings were scheduled to be presented at the Anxiety and Depression Association of America (ADAA) 2020 in March, but the meeting was canceled because of the coronavirus pandemic.

Although physiologic stress is known to have detrimental effects on long-term health, research is lacking on the specific mechanisms that underlie the relationship between prolonged worrying and poor health outcomes, the researchers note.

The study included 85 healthy adults who were subjected to a single-session experimental worry condition, which involved asking the participants to choose the thing they worry about the most and to worry about it as much as possible during a 10-minute worry induction.

This exercise was followed by a 10-minute relaxation induction task that focused on deep breathing.

There were no significant changes in levels of tumor necrosis factor–alpha (TNF-α) (P = .19; Cohen’s d = 0.41) throughout the study, which Rennas said was of unclear clinical significance.

“A lot of research has shown that TNF is less susceptible to experimental change, so it may be that that is the issue,” she said.

IFN-γ significantly increased during the worry condition compared with baseline. Levels then decreased during relaxation, highlighting that IFN-γ may particularly be influenced by worry.

“Basically, high levels of inflammatory markers like IFN over time can be related to numerous chronic health conditions,” she said.

In addition, “high levels of IL-6 are generally not good and may be a marker of disease/poor health,” she added.

Interestingly, levels of IL-6 did not change significantly from baseline during a state of worry (P = .20), but levels increased significantly when participants transitioned from worry to relaxation (P < .001; Cohen’s d = -1.14) and continued to increase throughout the relaxation condition.

“We believe that [this was] a delayed reaction to the initial worry. Inflammation is a relatively slow-changing marker, so we believe that may be part of what is explaining that somewhat strange finding,” Renna noted.

Trait anxiety ― or a general state of anxiety ― did not influence this pattern of change. Renna said that this was surprising and that the researchers are unsure of why that was the case.

“We interpret the lack of trait anxiety moderation as indicating that there is something unique to the process of worry over and above just anxiety alone,” she explained.

“Worry may be a potent process in and of itself,” she added.

Among participants with higher depressive symptoms, there were patterns of change in IL-6 (P < .01) and a marginal change in TNF-α (P = .08).

Overall, the findings are evidence of an important mind-body connection that is influenced by stress, Renna noted.

“This study showed that worry causes increases in some inflammatory markers,” she said.

Although the findings were experimental, the impact of worry on the immune system “is very important to understand,” particularly in the era of the COVID-19 pandemic, Renna said.

The investigators called for further examination of the trajectories of inflammatory change in the context of worry and relaxation in both laboratory and real-world settings.

“In doing so, future research may highlight how to better intervene on the relationship between worry and physical dysfunction at both the psychological and physiological levels and ultimately reduce the physical health implications of perseverative processes,” they write.

With respect to whether anxiety or worry increases susceptibility to respiratory illness or coronavirus, “to date, there is no evidence that worry can contribute to the flu or coronavirus,” Renna said.

“However, given that we see how stress influences the immune system, finding ways to manage stress and worry is one way among many others to buffer against the impact of any acute physical illnesses,” she added.

The findings add to those reported in a recently published systematic review and meta-analysis by Renna and her colleagues. The researchers examined the role of chronic inflammation in 41 studies of individuals with anxiety disorder, posttraumatic stress disorder, or obsessive-compulsive disorder (OCD) compared to healthy control persons.

“These findings may provide an initial step in disentangling the relationship between anxiety and basic health processes,” the researchers note.

Anxiety in the Era of COVID-19

Commenting on the study for Medscape Medical News, Jeanette Bennett, PhD, Department of Psychological Science, the University of North Carolina Charlotte, said the findings underscore that “the relationship between stress and inflammation is cyclical.”

Part of the reason for this cyclical relationship involves maintenance of homeostasis, said Bennett, who was not involved with the current research.

“The association between anxiety/stress and inflammation is strong, and reducing one often leads to improvement of the other,” she added.

Bennett noted that the unprecedented social distancing and stress-inducing changes in lifestyle brought about in response to the COVID-19 epidemic may increase susceptibility to illness.

“How one responds to the social distancing, working from home, income lost because they can’t work from home, managing kids’ schooling, and potential social isolation if they live alone can diminish the functioning of their immune system, making them more susceptible to COVID-19 as well as other viruses and bacteria,” she said.

“Furthermore, once–psychologically healthy individuals may find themselves having more negative thoughts and potentially developing their first depressive or anxious episode,” she said.

In research published online last month in the Journal of Evaluation in Clinical Practice, Bennett and colleagues call on clinicians and psychiatrists to approach patients with a “psychoneuroimmunological lens” that connects immunologic dysfunction to both mental and physical illness.

In their article, the investigators note that subclinical immunologic abnormalities are observed in a variety of psychiatric conditions, and although the observations blur the historical distinctions between mental and physical illness, “clinical practice remains fragmented and primarily focused on differentially treating individual symptoms.

“Utilizing a psychoneuroimmunological lens, health psychologists and clinicians can reconceptualize healthcare through integrative treatment approaches and advocacy for comprehensive policy-level reform at both the individual-level of care as well as community-wide prevention approaches,” they write.

A portion of Renna’s study was funded by the Dean’s Grant for Student Research at Teachers College, Columbia University, New York City. Bennett has reported no relevant financial relationships.