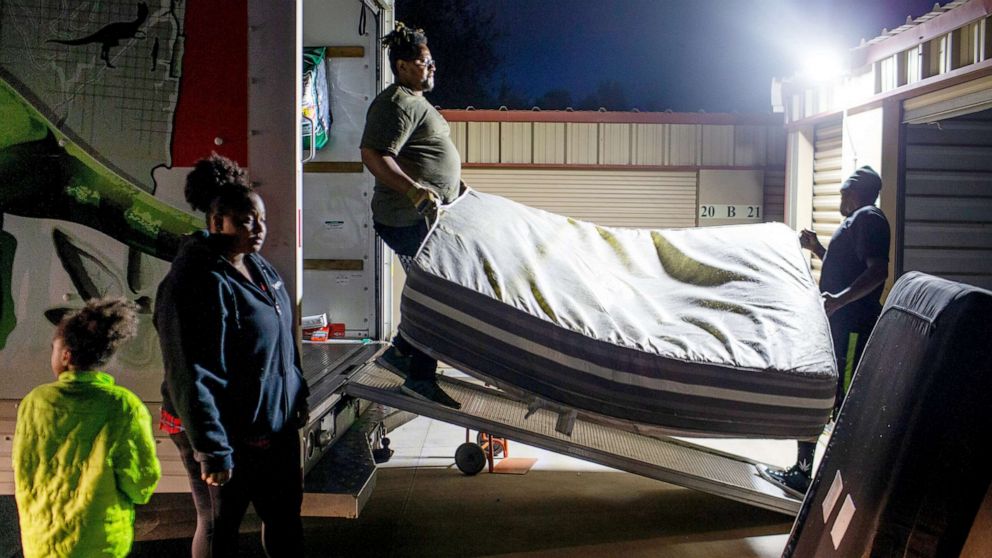 The Biden administration on Thursday called on Congress to extend a federal freeze on evictions set to expire on Saturday, arguing its hands are tied by the Supreme Court.

The new statement comes as the country grapples with a COVID-19 surge fueled by the highly contagious delta variant.

The moratorium, essentially a nationwide ban on evictions, was put in place by the Centers for Disease Control and Prevention last September. In June, the Supreme Court voted 5-4 to allow the eviction ban to continue through the end of July but signaled in its ruling that it would block any further extensions unless there was “clear and specific congressional authorization.”

Amid public outcry, House Democratic leadership was looking to possibly take legislative action by the end of the week, before legislators leave for a six-week recess, to extend the freeze until the end of December, ABC News was told. Senate Democrats were also preparing legislation to extend the moratorium for the same duration, according to a Democratic aide.

“Given the recent spread of the Delta variant, including among those Americans both most likely to face evictions and lacking vaccinations, President Biden would have strongly supported a decision by the CDC to further extend this eviction moratorium to protect renters at this moment of heightened vulnerability,” White House press secretary Jen Psaki said in a statement Thursday.

“Unfortunately, the Supreme Court has made clear that this option is no longer available. In June, when CDC extended the eviction moratorium until July 31st, the Supreme Court’s ruling stated that ‘clear and specific congressional authorization (via new legislation) would be necessary for the CDC to extend the moratorium past July 31,'” she added, citing Justice Brett Kavanaugh’s concurring opinion.

By a vote of 5 to 4, the court rejected a request from two associations of relators in Alabama and Georgia and group of property management companies seeking an emergency injunction against the CDC, which imposed the moratorium.

The Biden administration had previously said it would not extend the moratorium beyond July, so the Court allowed the moratorium to remain in place, though Justice Kavanaugh made clear that he and the other conservative justices believe the CDC exceeded its authority.

“In light of the Supreme Court’s ruling,” Psaki continued, “the President calls on Congress to extend the eviction moratorium to protect such vulnerable renters and their families without delay.”

In the meantime, Biden has asked the U.S. Department of Housing and Urban Development, Department of Agriculture and Department of Veterans Affairs to each extend their respective eviction bans through the end of September, which Psaki said “will provide continued protection for households living in federally-insured, single-family properties.”

“The President has also asked these and other departments to do everything in their power so that owners and operators of federally-assisted and financed rental housing seek Emergency Rental Assistance to make themselves whole while keeping families in secure and safe housing — before moving toward eviction,” she added.

Psaki described the federal eviction moratorium as a “critical backstop to prevent hard-pressed renters and their families who lost jobs or income due to the COVID-19 pandemic from being evicted for nonpayment of rent.”

“This moratorium prevented hundreds of thousands of Americans from experiencing the heartbreak, homelessness, and health risks that too often emanate from evictions — particularly during a pandemic,” she said.

The Biden administration has faced mounting pressure from some Democratic lawmakers to address the looming deadline amid growing concerns that vaccinated people can spread the delta variant to others — evidence of which has prompted the CDC to advise vaccinated Americans to wear face masks indoors in areas with high or substantial levels of COVID-19 transmission.

“I urge the Biden Administration to extend the CDC’s eviction moratorium. It is reckless not to extend the deadline when rental assistance funds have not gone out fast enough to protect people. Eviction filings have already spiked in anticipation of the moratorium being lifted,” Rep. Alexandria Ocasio Cortez, D-N.Y., tweeted on July 23.

When asked during Tuesday’s press briefing if the Biden administration was discussing an extension of the nationwide eviction ban, Psaki had little to add.

“I don’t have anything to preview for you at this point in time,” she said. “But certainly, we will be watching this closely,” she added, citing “ongoing discussions about how we can continue to help renters.”