Widen Use of General Anesthesia in End-of-Life Care, Say Experts 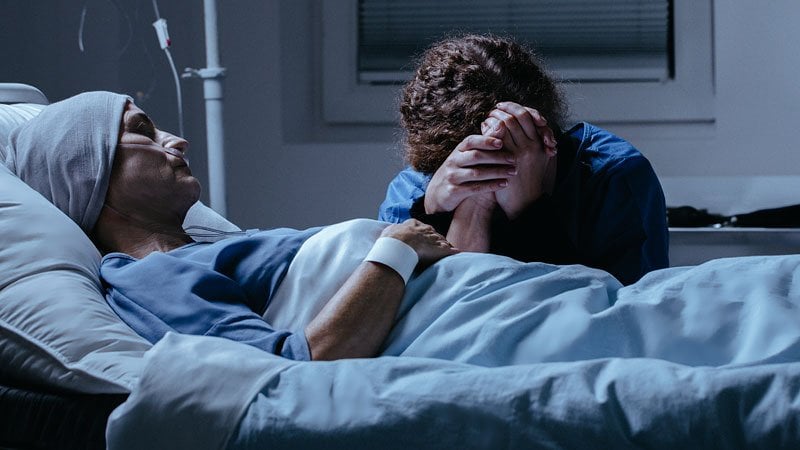 General anesthesia should be an option for patients at the end of life as a means of easing the physical and mental distress that can burden some people, say experts in anesthesia and ethics. They present a strong ethical and technical case for making general anesthesia widely available and supporting its use by practice guidelines in the United Kingdom.

In an article published online April 20 in Anaesthesia, the experts discuss the associated ethical, medicolegal, and practical implications of the use of general anesthesia for relief of end-of-life suffering beyond the context of surgical and diagnostic interventions for the minority of patients who might need it.

Co-author Jaideep Pandit, MD, professor of anesthesia at Oxford University, Oxford, United Kingdom, told Medscape Medical News, “Ethically, it is the right thing to do to make this offer to dying patients where it is technically feasible and the literature says it is.

“The desire to be unconscious in times of great adversity is understandable — it isn’t surprising or wrong to want to be unconscious in adverse situations,” continued Pandit. “We as physicians are here to help, and if we have the means to help and meet the patient’s desire and it is ethical to do so, then we should strive to make this option feasible.”

In parts of Europe, there is a patient-driven trend, supported by ethics and logic, for making general anesthesia available as an option in end-of-life care, Pandit pointed out. “As we see the reality of this happening there [in Europe], so it is common sense to prepare for it [general anesthesia in end-of-life-care] here in the UK, because a patient here might request it.”

Prompting Debate Among Public and Professionals

Andrew Klein, MD, anesthetist at the Royal Papworth Hospital NHS Foundation Trust, Cambridge, United Kingdom, and editor-in-chief of Anaesthesia, commented that it was a controversial review but that it was “very carefully thought out and provides a considered discussion of the pros and cons of allowing patients to choose anesthesia — full unconsciousness — as opposed to sedation during end-of-life care.

“I’m hoping this will prompt debate among the public and the health profession as to whether this should be an option and how it might be provided, both where and by whom,” he continued. He said it might lead to guidance on how to provide such care in certain settings after appropriate training and monitoring.

However, Klein noted that if there is wide support for unconsciousness in end-of-life care, a number of questions need answering. “Will anesthetists themselves provide such anesthetic care, and do we have the necessary resources, especially at this time, when so many patients are waiting for surgery and there is a worldwide pandemic? Who will fund these resources and upgrade facilities in hospices, for example?”

On the other hand, Klein pointed out that perhaps general anesthesia should not be offered to patients at the end of life, because the healthcare system cannot afford it and may not know how to best provide it. “However, it seems patients really do want this option, but do health professionals agree with patients, and if so, how do we persuade our regulators and funders?”

In 1995, the Moyle protocol was established. John Moyle, MBBS, PhD, is a retired palliative care physician and anesthetist in the United Kingdom. In 1995, he continuously infused propofol in two patients who subsequently died peacefully, one after 4 days, and the other after 9 days. “Elsewhere, in Norway and Italy in particular, propofol infusions have been described [in the literature] regularly, albeit infrequently,” explained Pandit.

In their article, Pandit and colleagues build on this background in the literature and present findings from a recent survey of the attitudes of the British general public toward gradual sedation, sedation to unconsciousness, and euthanasia. The survery showed that there was a high level of support (88%) for access to unconsciousness at the end-of-life; 64% of respondents said they would personally choose to be administered an anesthetic at the end of life.

The authors note that the potential role for general anesthesia in end-of-life care is something “de facto available to UK patients since the 1990s. There is a strong ethical case for making this option more widely available.”

Trends, Laws, and Guidance Relating to Sedation and Anesthesia

Current UK guidance from the National Institute for Health and Care Excellence, supported by the Royal College of Anaesthetists, makes no specific recommendations about sedation but presents broad principles for the management of end-of-life care.

In their article, the authors outline the relevant fundamental rights that have been established in law, by custom, or by practice. “Patients with a terminal illness have a right to access palliative care, which includes a right to analgesia and anxiolysis including sedation….” They also “have a right to refuse life-prolonging treatment…at any time, and…a right to choose general anesthesia over clinically effective alternatives when they undergo interventions that might confer suffering. We can then draw together these individual rights to justify the use of general anesthesia in end-of-life care to manage suffering.

“Terminally ill patients should have a right to the option of anesthesia as they approach the end of their life,” they state.

In France, there is the so-called French exception. “The French have designated being unconscious at death as a human right, enshrined in law. They also describe the broad principles of how to achieve it, for example, this should only be contemplated within 14 days of expected death, and they describe the technicalities of achieving this state,” Pandit pointed out.

States of loss of consciousness are not clearly defined in terms of clinical or neurologic cutoffs, he explained. Typically, with sedation (as, for example, with midazolam, phenobarbital, or ketamine), verbal contact with the patient is retained such that they are cooperative when aroused. These drugs can relieve anxiety. By contrast, with general anesthesia, the patient cannot be aroused, even through painful stimuli.

Pandit stressed that the desire for unconsciousness at end-of-life is “completely different to euthanasia, which is an active hastening of death and against the law in the UK. Any move to use general anesthesia in the context we describe should do nothing to hasten or cause death. It is about relieving the symptoms upon a patient’s request to be made more comfortable.”

The Desire to Be Unconscious at End of Life

Pandit explained that feelings of sadness, fear, anxiety, loneliness, vulnerability, and loss of dignity, as well as pain, suffocation, and other causes of suffering, are not uncommon at the end of life.

Not all of these symptoms and manifestations of distress may be relieved by targeted treatments, and people sometimes find that analgesics and sedatives fail to have the desired effect. “Such a high dose of opiates relieves the pain, but the side effects, such as sleepiness or sickness, are overwhelming. Alternatively, sedation leaves the patient in such a befuddled state that, rather than relieving anxiety, they are in an incredibly unpleasant mental state.”

The need for general anesthesia is nuanced and often difficult to articulate, continued Pandit. “This is exactly why we need careful guidelines and discussions. Our paper starts the discussion and provides an overview of what is achievable and under what circumstances,” he said.

Palliative care is generally effective at relieving symptoms. The call for making general anesthesia available at the end of life would be with regard to a minority of patients who have intractable symptoms. “But once you choose to have general anesthesia, you can’t change your mind, especially if, using the French exception as a guide, this anesthesia would be given within 2 weeks of anticipated death,” said Pandit.

He emphasized that palliative care physicians provide excellent care and that the article is not a critique of such care. “General anesthesia in end-of-life care might be requested by or suitable for very few patients, but this should not preclude any decision around whether this issue is regarded as ethically important or not. It might be for a small minority, but we do know that situation does arise,” he said.