Why Martha Stoumen Wants You to Buy Wine Online During Coronavirus 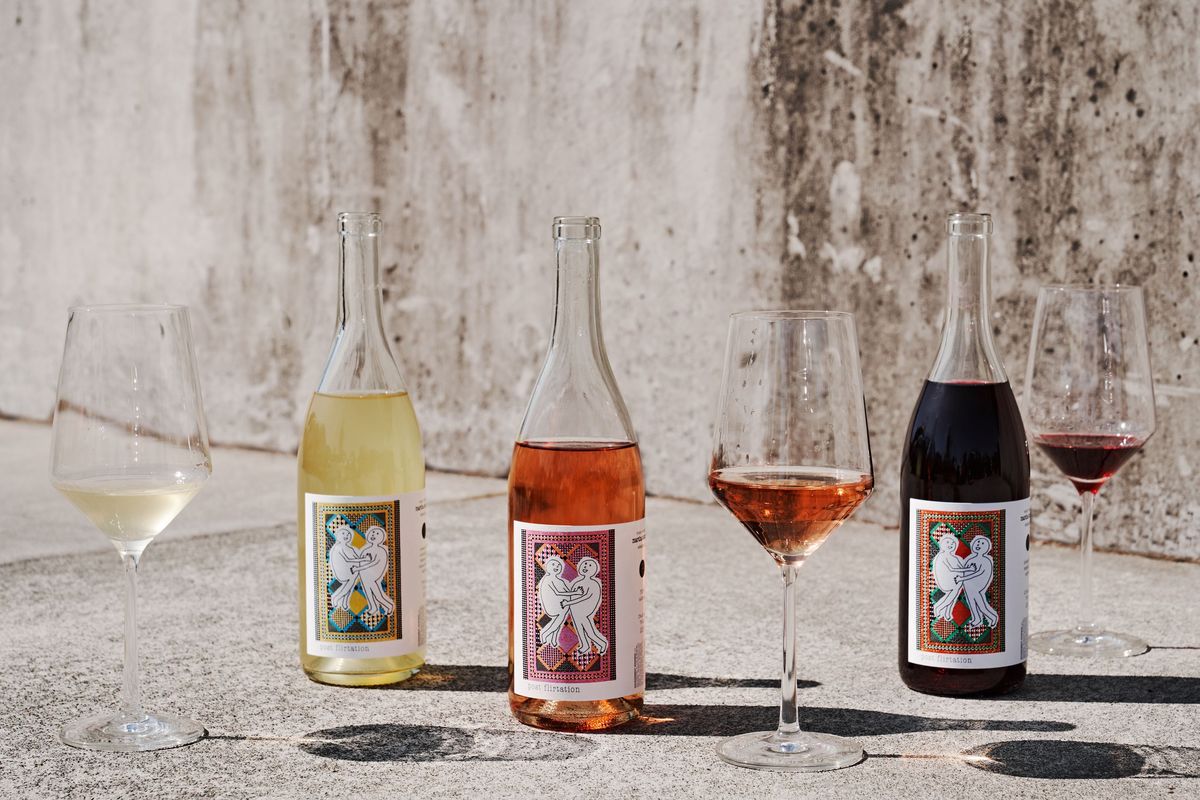 “I’m trying to employ my newly-minted-motherhood tactic,” California winemaker Martha Stoumen explained to me over the phone. “Distraction is the best medicine.”

Stoumen’s winery is based in Sonoma County, CA. Following undergraduate studies in traditional agricultural systems and Italian, she went to Tuscany to apprentice on a farm—working in the vineyard, olive orchard, and winery.

In her bio, Stoumen claimed her initial attraction to winemaking was because it is the “product that sets the pace and rhythm of the winemaker’s life, rather than vice-versa”—an ethos that, at the very least, must feel deeply ironic in this moment; at most—deeply heartbreaking. If one’s mission is to gather people around a table, it can be jarring—existentially, financially—when you realize that work is now unwelcome, and potentially dangerous.

Despite our cross-country time zone differences, Stoumen’s attitude—no longer weary, though not cheery, very solidly OK—was leaps and bounds ahead. She was past the shock, steadily easing into a new mindset, and even sounded…hopeful. “Hope has been very helpful to everybody,” she chimed. It, and distraction, can go a long way.

Coral Lee: What’s it like being a winemaker and small-business owner right now?

Martha Stoumen: For me, for the first weeks of this, we were like gogogo!—there was so much to do to just try and contain and control what’s going on right now. We were skipping meals. We were trying to constantly pivot as things changed. The economic environment, combined with the worries about health—all of it is so mentally taxing. We realized we just needed to slow down a little, and carve out time for things that make us feel human. Wine is a community-based industry, and we’re all, especially, in need of community right now.

The reason that this is such a tragedy right now—it’s affecting health and claiming lives, and I don’t ever want to sound tone deaf or insensitive—but people have been forgetting to live, amidst the anxiety and panic. Even though wine isn’t essential to many people’s lives, as other things are, I don’t want to overlook what it can do for mental health. I’m trying to employ my newly-minted-motherhood tactic: Distraction is the best medicine.

How are you ensuring the farmers you work with get paid during this tough time?

It’s been hugely important to me and my business that I set long-term contracts with farmers—establishing a fair price that will be consistent despite rises and falls in the market. All the people I work with come at every conversation with the underlying attitude that this is a long-term relationship worth preserving. That trust and hope has been very helpful to everybody—hope can go a long way in getting people to reopen.

I sell over 85 percent of my wines to restaurants, a system that’s now faltering. So, I realized I would have to cut back on grape production I had originally committed to if I was to remain open. I communicated that immediately to a farmer, and luckily, he was able to graft a new type of grape for another client. Transparency is so important at this time.

I’m a Professional Chef, Finally Giving Myself a Break in the Kitchen

My friend, Camilla Marcus, of Westbourne, was telling me that restaurants make up over four percent of the GDP in the America. That’s more than most industries combined. We each feel, on a microlevel, when our small, neighborhood restaurant closes, but for those that don’t have an emotional tie, the larger economic downfall should be convincing enough. As a small-business owner, there are things I can do, but we need greater change from the government.

What are your thoughts on the proliferation of GoFundMe campaigns? Is that something you considered for you and your team?

We’re not of great means, but we’re trying to donate even just $20 to a few. Rather than thinking, oh, $20 is not enough, we looked at our budget and thought about what we could give. It takes a bit of time, and I know time is not free, but writing to your legislator costs no money, and is highly impactful.

GoFundMe campaigns can be tricky—it’s unclear where funds are going, and even when those funds might become available; a relief fund is inherently more transparent. Everyone in the country is looking at their bank account and tightening their belt, and so we’re trying to provide a service that is in tandem with relief—half of the proceeds of our Zinfandel will go to the Restaurant Workers’ Community Foundation.

Is investing in a wine club the best way to support winemakers right now? Or is buying by the bottle enough?

Any and all of it! With the sale of a bottle, we’re able to give you something with what we have—which is lots of wine—but, if you are trying to keep small businesses afloat, subscribing to a winemaker’s wine club goes a long way. We have a flat pay structure, so money coming in from wine sales is money that can go right to our farmers.

What distractions have you been turning to at this time? Tell us about it in the comments!