Home > Business > Why Amazon ‘was invented for the pandemic,’ and how AWS could be the most valuable company in the world

Why Amazon ‘was invented for the pandemic,’ and how AWS could be the most valuable company in the world 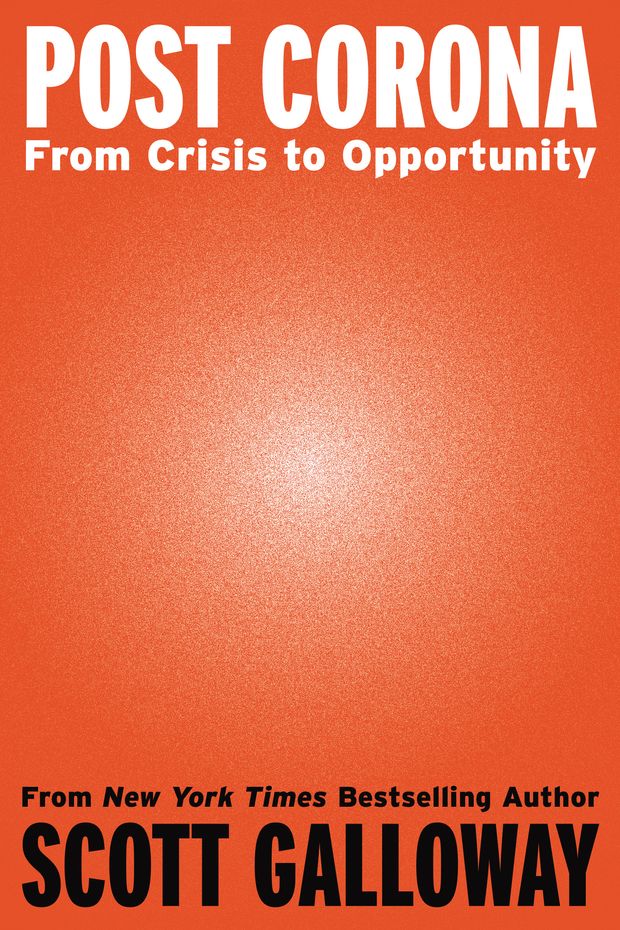 New York University Stern School of Business professor Scott Galloway previously believed Amazon.com Inc. would outlive the other biggest companies in tech. The COVID-19 pandemic has only made him more confident in that prediction.

Galloway made a splash in 2017 with his debut book, “The Four,” about the biggest four players in tech: Alphabet Inc., Amazon.com, Apple Inc. and Facebook Inc. In a chat with MarketWatch at the time, he said that of the four, Amazon could possibly outlive the others, with its vast tentacles in so many areas.

Now, Galloway has provided a pandemic update of sorts to “The Four,” a new book called “Post Corona: From Crisis to Opportunity.” In it, Galloway writes how coronavirus has accelerated most business, economic, social and cultural trends, and delves deep into how Big Tech will be affected.

The following is an abbreviated interview with Galloway, about how he sees life, business and technology in the post-coronavirus world, with some additional summarized excerpts from the book.

MarketWatch: As you write in the book, some of it is an update on “The Four” in the post-coronavirus world. What do you see in the future for them now?

Galloway: As a whole, these companies supposedly did really well in boom times,  but would get hit harder, or at least that was the narrative, in bad times. It was a sort of heads they win, tails they skyrocketed.

took a short term hit. Google [Alphabet] had its first quarterly year on year decline in its history. But the rip back has been almost as violent… The pain was worth it for them, Google has $100 billion on its balance sheet. It can play offense when everyone else is playing defense.” Apple
AAPL,
,
he added, may see some slackening of demand, “because people might put off buying an $1,100 phone for their daughter because they feel like money is tight. But their stock has skyrocketed because of the move to a subscription model.

But the company that was invented for the pandemic was Amazon
AMZN,
.
This isn’t about, the other three you can say, it was a speed bump and they are coming back stronger. Amazon is accelerating in this pandemic, the pandemic has been wind in its sails. If you ever wanted to accuse someone of being Nostradamus and having special powers or a true crystal ball, it would be [Amazon founder and CEO] Jeff Bezos.

[Galloway noted that from the growth of e-commerce, to more businesses using its cloud services with more employees working from home, to consumers watching Prime Video while stuck at home, Amazon seems to have been “invented for the pandemic.”]

Since the March lows, Amazon has added more market capitalization than all of European retail. Put a value on all of it, that’s what Amazon added since this pandemic broke out.

MarketWatch: So do you see Amazon just getting even bigger?

Galloway: I believe that in 2025 the most valuable company in the world will be the recently spun-off AWS. Right now, there is no direct way to play the cloud. But when you think about a true cloud provider, you have to crawl over a software company, an e-commerce company, a search-engine company to get to the three premier cloud companies.

But if the biggest cloud company and most profitable cloud company in the world were a standalone stock, that would be the stock you gave at Bar Mitzvahs, at christenings, and every retirement fund would have it. They wouldn’t even look at the multiple. They would be totally immune to altitude sickness around the valuation. I think Jeff Bezos is smarter than the rest of us, he is going to feel the wolves at the door of antitrust and prophylactically spin off AWS. And that will be the most valuable company in the world by 2025.

I also think that in 2 to 3 years, Amazon will be the fastest growing health-care company. If you look at what they are doing, they are lining up their tanks, their aircraft, their artillery, on the border of what is the largest industry in the world, arguably, which is health care.

There is incredible customer satisfaction. That all adds up to the mother of disruption opportunities in the history of our economy. And Amazon sees that.

[In order to maintain its massive valuation, Galloway said Amazon needs to keep growing and it needs to disrupt another major industry.]

[In his prediction, Amazon would create a “Prime Health” option, Galloway explained in more depth in the book. As an example, say a consumer uses Alexa to look for a dermatologist to help deal with a skin rash. The doctors are not Amazon employees, and instead they give a cut of their revenue to Amazon. The doctor would have access to medical records, and consult the patient via a video chat, which has now become more common place and acceptable because of the pandemic. A prescription could be distributed quickly via the Amazon-owned PillPack pharmacy, and if a blood test is required, a kit could be included in the prescription.]

It’s very clear to me that Amazon is literally getting all their artillery, planes and tanks lined up at the border of this enormous industry and you are just about to see war break out.

MarketWatch: What else do you see happening on the antitrust front?

Galloway: So COVID-19 will absolutely be the catalyst for the break up of big tech, but it’s indirect.

I think there is going to be antitrust, I think it will be slower than most people think, systemic more deliberate, and writing laws is hard. They will not cancel the antitrust lawsuit against Google, [the Biden administration] they will pick it up and modify it.

Galloway believes “Apple won’t be broken up but will face additional regulation around their app store.”

[In the book, Galloway also predicts that Apple might consider buying Peloton Interactive Inc.
PTON,
,
the exercise bike maker, which has a similar fanatical fan base as Apple, if the stock hits a floor from its current levels. Such a deal would give Apple an “additional, if cumbersome, wearable product” which could be branded as an iPeloton, for an additional service offering, one that would also pair well with the Apple Watch.]

MarketWatch: Where else do you see huge disruption happening?

Galloway: [Just as] we are dispersing that $4 trillion away from the traditional channels [in health care], doctors’ offices, hospitals, etc. to the home … we are also going to disperse hundreds of billions of dollars in education.

Traditionally, that has flowed through the university that uses artificial scarcity and is employed by administrators, tenured professors…to increase their compensation so that we can limit enrollments in our best universities. While we are all rather fond of that in the short term, in the long term it means your kids aren’t getting in.

[Galloway said data he compiled from UCLA, as an example, showed that years ago, approximately 50% of applicants got in, while recently, it’s about 12%. Then he gave an example of how remote learning is changing education, from his own classes.]

Last night, I had 280 kids for my grand strategy class on Zoom
ZM,
.
They paid $7,000 each, that’s $1.96 million for 12 nights of Zoom. That’s not only not sustainable but it’s a huge opportunity. I used to teach 160 kids because the largest classroom at Stern was 160. They asked me if I would go to 280 and I said sure. But they haven’t passed along those savings to the student. At some point the market will force them to.

That dispersion of education away from universities and to remote learning should dramatically lower the cost and dramatically increase the supply, which is a huge opportunity in education.

[But if remote education is not handled well, it could lead to the transfer of more wealth from the young and working class into the coffers of Big Tech, Galloway added in the book.]

As the market nosedived last year, my older br...