Home > Business > Where’s your jetpack and flying car? Not in your future.

Where’s your jetpack and flying car? Not in your future. 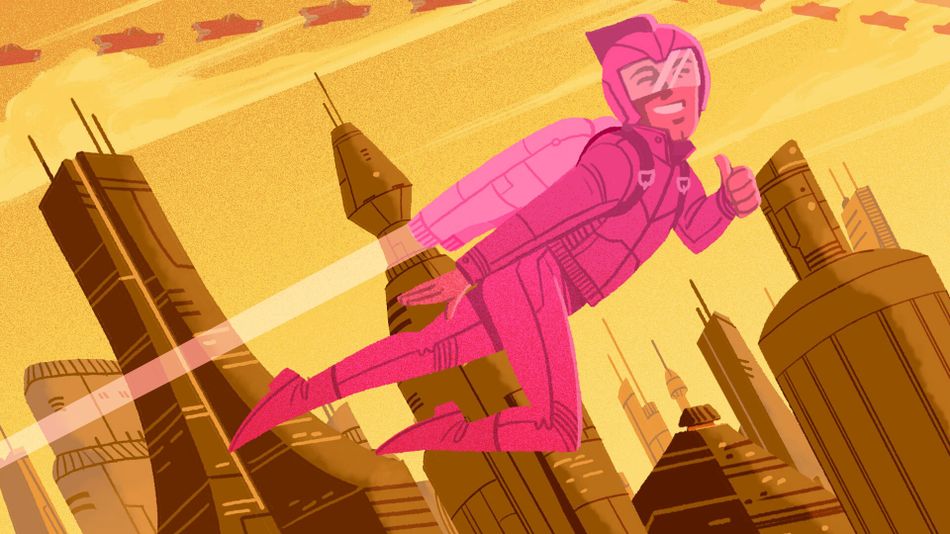 Electric flying cars seem more likely to see the light of day. A Japanese startup called SkyDrive, with backing from Toyota, completed its first crewed flight in its one-person prototype in August; it looks like an adorable little rocket car from an 8-bit videogame, and flew 10 feet in the air. The original intention was to have a SkyDrive light the flame at the Tokyo Olympics, but the pandemic intervened. We’ll see if it continues a long tradition of gee-whiz flying gadgets performing Olympic ceremonies at the postponed games next summer.

In the short term, the business SkyDrive is chasing is urban air taxis, like this autonomous air taxi demonstrated in Dubai. But it’s hard to see what they can do that helicopters can’t, except go faster (up to 180 miles an hour) at a higher price. Faster than helicopters, but slower than private aircraft: Again, where’s the need, really? In 2019, optimistic Morgan Stanley analysts were predicting urban air taxis would compete in a marketplace worth somewhere between $1.4 trillion and $2.9 trillion a year by 2040. But if the rewards for staying in the market were that great, would Uber be selling off its air taxi division?

Far more likely as an outcome is the cautionary tale of Terrafugia, a drivable airplane company I’ve covered since 2007. Expectations for its carbon fiber vehicle, the Transition, were high; the company initially promised delivery in 2011. Since then, delays and new prototypes have been the order of the day. The price has risen from $194,000 to more than $300,000, and Terrafugia has been sold to Volvo’s parent company. As of 2020, no Transitions have been shipped to customers. Still further off is Terrafugia’s VTOL plane, the TF-X, initially slated for sometime around now.

Maybe I’m wrong. Maybe one of these companies will achieve a breakthrough in design that lowers the cost of their products rather than raising it. Maybe they will take aim at the mass market. Maybe the inevitable crashes won’t put consumers off; maybe we won’t get vertigo; maybe regulators and security services won’t freak out at the idea of the skies being filled with lots of little potential 9/11s.

I think it far more likely that future transport will plant itself more firmly on the ground, or float just above rails that use maglev technology, such as the train deployed in Shanghai in 2003. At 268 mph., this modern wonder isn’t just the world’s fastest train, it also wipes the floor with those air taxis. China’s next trick — a maglev train that goes further and even faster, at 372 mph. — is bound to spur an international competition to keep up. If we decide that superspeed public transit is the future, then the future is maglev.

And when it comes to private cars, do roads really have to be as bad an experience as they are now? A network of autonomous vehicles all talking to each other would vastly reduce traffic congestion, reducing the need to fly above it. Less commuting and more videoconferencing, thanks to the pandemic, seems a more likely outcome for the rest of the 21st century than zipping between business meetings in air taxis or jetpacks.

But hey, dream on, air heads. Maybe you’ll get there by the 23rd century.

Overhaul your WFH setup with these deals on de...

4 Tips for Maintaining Productivity When Worki...