Home > Business > Where there’s smoke: My husband’s habit could not be conquered

Where there’s smoke: My husband’s habit could not be conquered 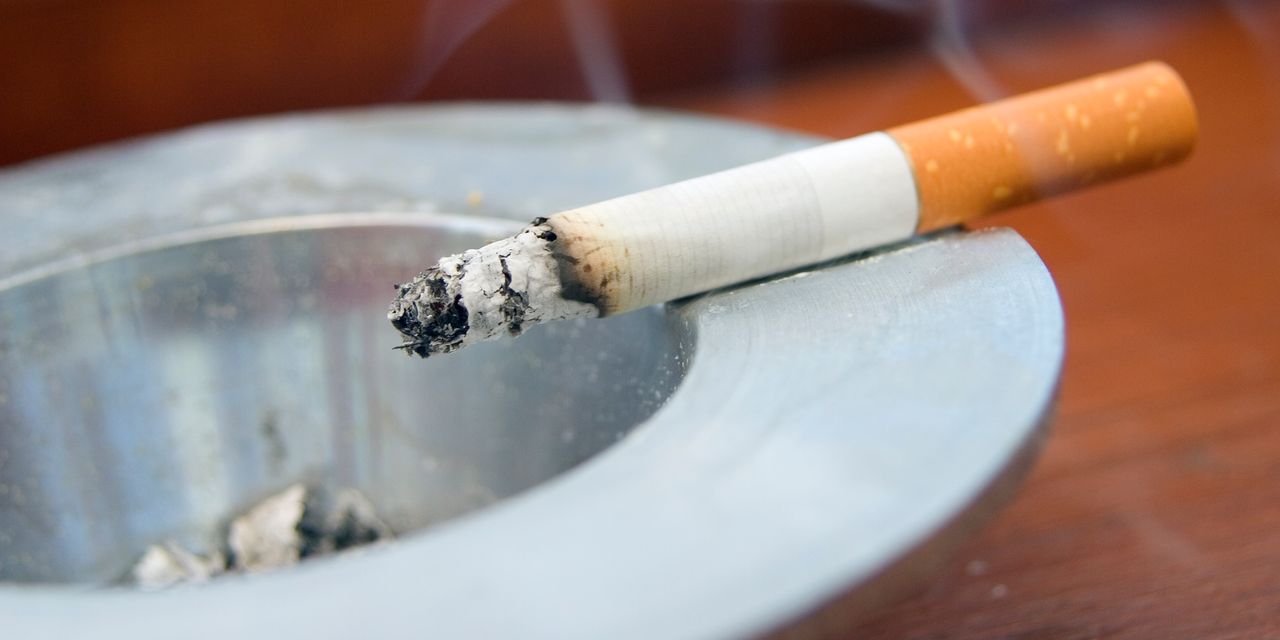 This article is reprinted by permission from NextAvenue.org. This essay is part of Telling Our Stories, a series of 12 essays featuring the voices of Next Avenue readers, with support from Aroha Philanthropies.

Smoking seemed so cool to me as a kid. My glamorous mother smoked. She had a ritual of gathering her cigarette holder, glitzy gold cigarette case with matching lighter and other smoking paraphernalia together with her morning coffee.

She dazzled my saucer-sized kiddie eyes more than any Hollywood star ever could. I watched her with such ardent admiration that by age 7, I could light a cigarette with her lighter, inhale the smoke, blow it out through my nose and tap the lit ciggy against an ashtray at just the appropriate moment when the ash still looked sexy but not ready to drop.

Mama, horrified at my skill, quit smoking. So did I.

But in the 1970s, Virginia Slims told me, “You’ve come a long way, baby!” Women smokers raced to stack up just as many cool points as tobacco-addicted men.

Wanting to be cool too, I tried smoking again. Soon, my flagging lung capacity threatened my hobby of singing at neighborhood talent shows, so, goodbye cigarettes.

See: Smoking or vaping cannabis could cause strokes, heart attacks

Many of my Chicago high school friends continued to smoke and received no flak from me. Live-and-let-live was my motto. After college, I met my soon-to-be husband. He smoked, but again, it didn’t really bother me.

Once married, we moved to Washington, D.C. I asked him to quit. He said OK. He tried. It didn’t stick. So he was no longer allowed to smoke in the house. I often watched him shiver on the deck, shrouded in moonlight as tendrils of smoke circled his head like talons.

He tried nicotine gum, patches, sprays and cold turkey. Nothing worked. Nicotine had him.

Meanwhile, a dear friend in Chicago died of lung cancer due to cigarette smoking. I didn’t even know that she was sick. I cried for two months straight. My husband, also shocked, promised to stop smoking for good this time.

His smoke-free status lasted for five months. He ultimately receded into the shadows of our deck…snared by cigarettes. I knew he felt powerless. There was no need to nag him and whine about the negative statistics about Black men dying of lung disease. He knew. He just didn’t know how to stop.

Today, my husband is in the last stages of chronic obstructive pulmonary disease (COPD). I am his primary caregiver. His 6 foot, 2-inch frame carries less than 145 pounds and our lives revolve around this illness.

At 63, I recognize a fact that never occurred to me at 33. Life happens…the way life happens. There are so many reasons that compel people to do what we do. Does my husband love his family any less than someone who kicked the habit and is living a smoke-free life today? No way.

But everybody has a story. Some slay their giants, and some just duck and hide. But both live as best they can.

So…who decides which one is the better person?

Natasha Small is a former community college teacher in Maryland. She and her husband have been married for 33 years and have two daughters. Natasha says: “Writing this essay showed me that my husband is a hero without being heroic. Champions are easy to applaud because their valor is on parade for all to see. Average Joes manage to survive life’s perils day-by-day without fanfare and trumpets. In the face of death, my husband has the courage to keep waking up each morning and expect to keep living his best life until the sun goes down.”

This article is reprinted by permission from NextAvenue.org, © 2020 Twin Cities Public Television, Inc. All rights reserved.

More from Next Avenue:

#BoycottAmazon pro-union movement wants you to...