Home > Gaming > What loot would you drop?

What loot would you drop? 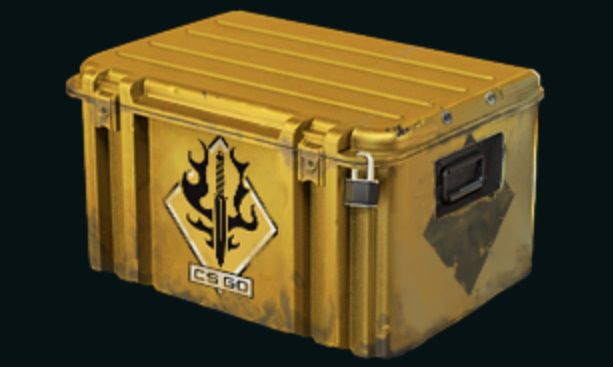 You kill things, you take their stuff. That’s the law of games. It’s barely worth saving a village from goblins if you don’t dig through the lint in their pockets and find four gold coins.

Our weekend question is: What loot would you drop? On the day you finally ragdoll, what will a party of adventurers find in your pockets? Five dollars and some tissues? The crafting materials to make a Razer DeathAdder? Wet wipes and a +1 longsword? Just snacks—so many snacks?

It doesn’t have to literally be whatever’s in your pockets right now if you want to get creative. Here are our answers, plus a few from our forum.

James Davenport: Coconut flavored La Croix and a joint. I hit 30 recently so the most interesting thing about me is that I smoke weed. My old hobbies, like skateboarding and kissing, will kill me now. Age is here. If a rain cloud appears my bones rattle and pulse. All that’s left inside is ballooning dread and my latent willpower to overcome it supplanted by a nightly ritual of smoking and watching trash television (anime is how I feel now) or playing JRPGs on easy and getting mad about turn-based combat. And now my body inflates if I eat anything that tastes good, so instead I drink water that hurts to swallow and tastes like lotion. If I concentrate, I imagine the scented bubbles rolling down my ever-contracting throat (anxiety) are a luxurious dessert. This water keeps me alive. I’m very grateful.

Andy Chalk: A beat-up pocket knife with a broken blade, a few coins that at first glance look like gold but are definitely not, and no tea.

Jody Macgregor: A handkerchief. If you roll a 1 on a d4 it’s allergy season and that thing is mostly snot.

Tim Clark: I’m  an old man with no children or a car so I would say a moderate amount of gold and some blue rarity trousers.

Morgan Park: One fidget cube and an energy drink (half empty).

Since I’m nearly cool enough to do recreational drugs on a regular basis (seriously James, where is weed?), the only things that’d pop out of my corpse upon death are the fidget cube I carry around and whatever energy drink I had in my hand at the time. That may not sound like high-tier loot, but you should know I only fidget with name brand cubes. These babies feature impact-resistant clicky buttons, rotating cogs with the utmost snap, and analog sticks that can handle hours of fiddling at a time. They’re the Cadillac of $10 toys that help me not bite my nails.

One of my current vices is buying old books. I had to get an entire new shelf recently just to house them all. And whenever I go anywhere (well, in the old world, when I went places) I have one stuffed in my inside jacket pocket. I’m particularly fond of old sci-fi novels from the ’70s with wild Chris Foss-esque cover art, which almost never reflects the actual content of the story. So if a band of adventurers were to kill me, they’d probably find a well-thumbed copy of Arthur C. Clarke’s Rendezvous With Rama, or something similar, lying next to a very small pile of gold. And if it was The Witcher, probably a chicken sandwich too.

OsaX Nymloth: A “nothing really matters, void welcomes all” note. Would probably give whoever picks it up a -3 to all dice rolls, Depression debuff and have a 30% chance of turning the poor soul into nihilistic vangaurd of dread.

I Will Haunt You: My 6″ pewter ankh pendant. Adds +2 to all charisma rolls with the “goth” and “wiccan” factions and a +2 to all intimidate rolls against “normies” (+4 vs Catholics). Has the side effect of causing people in game stores and comic book shops to ask “Do you play Vampire?”

Mazer: A fork. One fork. The final fork I have to give.

With Virtual Racing on the Rise, Formula E Jus...