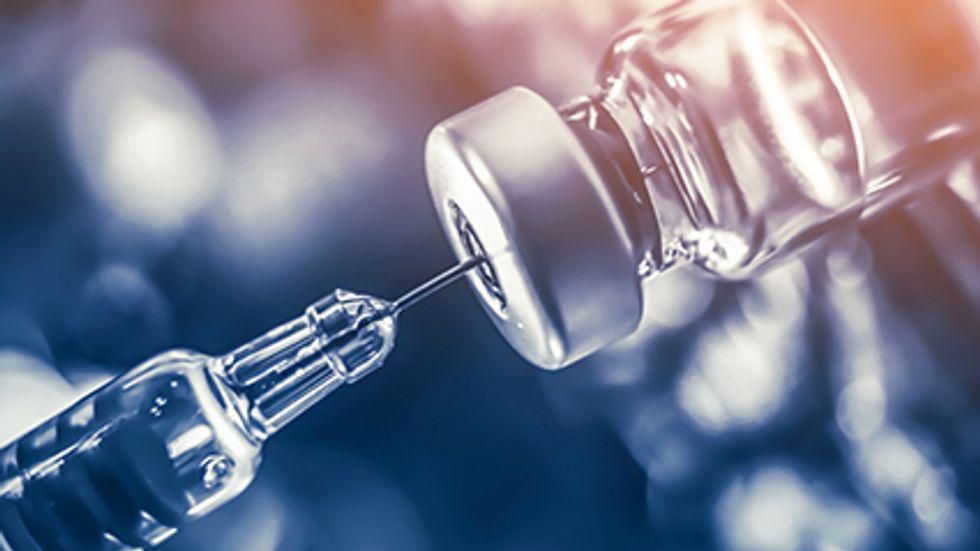 Pfizer Inc. said it will meet with U.S. officials on Monday to discuss possible authorization for a third booster shot of its COVID-19 vaccine.

Last week, Pfizer cited data from Israel that found its vaccine is showing declining effectiveness at preventing milder coronavirus cases as the highly contagious Delta variant circulates in that country. But some American scientists and health officials have cautioned that only the company has seen that data so far, although Pfizer plans to share it with the U.S. Food and Drug Administration, the Washington Post reported.

At the same time, Dr. Anthony Fauci, the country’s top infectious diseases expert, acknowledged Sunday that “it is entirely conceivable, maybe likely” that booster shots will be needed in the future.

Fauci didn’t rule out the possibility of a third dose, but said that it was too soon for the government to recommend another shot, the Associated Press reported.

He added that the U.S. Centers for Disease Control and Prevention and the FDA were right in pushing back against Pfizer’s claim with a joint statement that said they did not view booster shots as necessary “at this time.”

Clinical studies and laboratory data have yet to fully illustrate the need for a booster shot for either the two-shot Pfizer and Moderna vaccines or the one-shot Johnson & Johnson vaccine, Fauci explained.

“Right now, given the data and the information we have, we do not need to give people a third shot,” he said, the AP reported. “That doesn’t mean we stop there… There are studies being done now, ongoing as we speak, about looking at the feasibility of if and when we should be boosting people.”

“As data evolves” in the coming months, it is possible the government may urge a booster based on such factors as age and underlying medical conditions. “Certainly it is entirely conceivable, maybe likely at some time, we will need a boost,? Fauci noted, the AP reported.

Only about 48% of the entire U.S. population is fully vaccinated, and in parts of the country where vaccination rates are lower, the highly contagious Delta variant is spreading and cases are climbing. Last week, CDC Director Dr. Rochelle Walensky said that’s creating a harsh truth: Highly immunized swaths of America are returning to normal, while cases and hospitalizations are rising in places where vaccination rates are low.

Fauci said Sunday it was inexplicable that some Americans are so resistant to getting a vaccine when scientific data show how effective it is in staving off coronavirus infections and hospitalizations.

Arkansas Gov. Asa Hutchinson, agreed Sunday that there is a vaccine resistance in Southern and rural states like his because “you have that more conservative approach, skepticism about government.”

Describing his efforts to boost vaccinations in his state, which is seeing a rise in new infections, Hutchinson said that “we do want those that do not have access otherwise to make sure they know about it.”

The numbers may not tell the complete story, and yet they’re still really staggering numbers globally,” Jennifer Nuzzo, an epidemiologist at Johns Hopkins University’s Bloomberg School of Public Health in Baltimore, told The New York Times.

“Compounded by fast-moving variants and shocking inequity in vaccination, far too many countries in every region of the world are seeing sharp spikes in cases and hospitalizations,” he said during a news conference, the Times reported.

Even the Delta variant, which first emerged in India and is now ripping through unvaccinated populations around the globe, “is itself mutating and will continue to do so,” said Maria Van Kerkhove, technical lead at the WHO’s Health Emergencies Program, the Post reported.

In the United States, the rapid spread of the Delta variant has prompted the federal government to send a COVID-19 surge team to provide public health support in southwest Missouri, where the spread of the virus is filling up hospital beds once again, CNN reported.

The surge of COVID-19 cases is so high in the city of Springfield, Mo., that the CoxHealth hospital system began transferring patients infected with the virus to other facilities to provide better staffing, CNN reported.

“We’ve seen this in Arkansas, Missouri, Wyoming. … Those are the places where we’re going to see more hospitalizations and deaths as well, unfortunately,” he said. “And any time you have large outbreaks, it does become a breeding ground for potentially more variants.”

The U.S. Centers for Disease Control and Prevention has more on COVID-19.