Cellular carriers have earned many negative impressions over the years for poor billing practices, unfair contracts, and some dubious attempts to insert themselves where they might not belong; but there’s no denying that they have a good track record for giving a little back in times of crisis. In light of the COVID-19 pandemic, carriers in the U.S. have committed to not terminate customers’ lines and provide more data and cheaper plans to those who need them.

On March 13, FCC chairman Ajit Pai released a letter encouraging providers of broadband and telephone services to join the Keep Americans Connected Pledge. The terms ask that companies commit to keeping service active for residential and small business users, waive fees for late payments, and open up Wi-Fi access to anybody that might need it. As of April 6, more than 650 companies had signed on. The letter goes on to say that it’s important to keep people connected during a time when people will naturally distance themselves from each other.

Given the coronavirus pandemic and its impact on American society, [[Company Name]] pledges for the next 60 days to:

Initial announcements from AT&T, Sprint, US Cellular, and Verizon Wireless follow the FCC’s terms to the letter for their wireless services. AT&T and Verizon have also made matching commitments for their landline broadband services.

T-Mobile went above and beyond the call with several additional steps to help out its customers. Anybody with a limited data plan on T-Mobile or Metro automatically got unlimited smartphone data (excluding roaming). Those who had mobile hotspot and tethering received an additional 20GB to use. Meanwhile, T-Mobile’s Lifeline program, serving low-income customers, got an extra 5GB per month. Schools and students with service through the EmpowerED program will be guaranteed at least 20GB of data per month. T-Mobile and Metro customers also have free international calling to CDC-designated Level 3 countries, which includes much of Europe.

Carriers are also encouraging the use of their online portals and apps to carry out shopping and customer service needs wherever possible, and taking precautions with your phone and any personal interactions at stores.

Here’s an up-to-date list of the assurances carriers are offering:

On March 27, AT&T Prepaid and Cricket Wireless customers were promised an extra 10GB of data per month in their high-speed data allowance or hotspot allowance for 60 days. The operations are also offering a limited-time $15 rate plan with unlimited talk, text, and low-speed data plus 2GB of high-speed data.

AT&T postpaid customers on unlimited plans received a 15GB bonus to their monthly hotspot bank. The bonus will apply from April 2 to May 13.

The carrier is also providing nurses and physicians with free service on its FirstNet plans for the next 3 months starting April 13. If they buy a new FirstNet Ready device, they are also eligible for a $200 credit.

For online purchases, the company has made express shipping free. It has also shut down at least 40% of its retail locations. Stores remaining open will operate from 11 a.m. to 7 p.m. Monday to Saturday only and offer curbside pickup for those online purchases. Markets with the AT&T Ready to Go service may also get locally-dispatched deliveries.

On March 17, Sprint matched T-Mobile’s day one offering — unlimited high-speed data for all users and 20GB of monthly hotspot data for 60 days, free calls to CDC Level 3 countries, plus a 20GB hotspot guarantee through June 30 to low-income families on the 1Million Project. In addition, the company intends on distributing 100,000 e-learning devices for the upcoming school year.

T-Mobile launched permanent cut-price rate plans called T-Mobile Connect on March 26. Customers can get unlimited talk and text plus 2GB of data for $15 a month or 5GB for $25. Planholders can get a 500MB boost to their monthly bucket once a year for 5 years. There is no unlimited throttled data.

Metro by T-Mobile is also running with the same $15 plan, but it will only be offered for 60 days and the price will only apply to two billing cycles before doubling to $30.

Boost Mobile, still part of the New T-Mobile for the time being before it eventually gets spun off to Dish, started offering a $15 plan on April 3 and will have it through April 30. Terms similar to the Metro plan apply. It will only be offered in stores.

As a condition of the merger between Sprint and T-Mobile, which closed on April 1, customers of each network can now roam on the other for free.

Around half of the combined T-Mobile’s retail locations will open this month. From April 1, they’ll operate from 11 a.m. to 6 p.m. Monday to Saturday and noon to 6 p.m. (noon to 5 p.m. for Sprint-branded stores) on Sunday. All stores will close for Easter Sunday. Online purchases through May 13 can be delivered in 2 days for free. Some markets also support pickup at local stores via appointment, something that will expand nationwide later this month.

From March 25 to April 30, the company is giving customers on qualifying rate plans dating back to 2015 an extra 15GB of data (either high-speed allowance or hotspot).

If you were on a Lifeline plan as of March 22, you’ll receive free Fios service for the next two billing cycles. Plus, as of April 3, you’ll get access to regular Fios plans for $20 off per month and get two months off router rental. After discount, a 200Mbps plan is $20 per month, a 400Mbps plan is $40 per month, and a Gigabit Connection (with a free router) is $60 per month. This also includes a year of Disney+ for free.

Verizon has closed an unspecified number of stores. From March 30 to April 12, they will operate Monday through Saturday from 11 a.m. to 4 p.m. Customers are urged to only come in on appointment for troubleshooting or for picking up urgent equipment from online purchases.

Mint Mobile announced on March 16 that it would offer unlimited data to its customers for the time being — the original end date was April 14, but it was later extended to May 14. Customers on the company’s app or website will need to head to the Account tab, select Buy more data, then purchase 3GB blocks of data at a time. Charges to credit cards will be refunded as soon as possible. 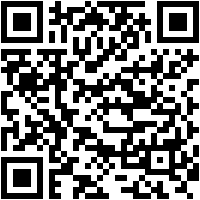 For billing cycles on and after April 1, Google Fi raised monthly high-speed data allowances for all customers up to 30GB. Users can pay $10 per gigabyte after that to avoid throttled speeds. The virtual carrier is also waiving late fees on Device Protection insurance payments.

On March 27, U.S. Cellular gave Unlimited Everyday and Even Better Plan customers an extra 15GB of hotspot data. This offer is good through the end of May.

How to choose the right plumbing fixtures for ...