Blue Mammoth Games is the indie developer behind the successful platform fighter Brawlhalla, and the studio just announced that the game is coming to mobile in 2020, and a beta should arrive sometime soon. Brawlhalla exists as a free-to-play title that plays similarly to Super Smash Bros, and it should retain its free-to-play monetization when it lands on the Play Store in 2020. So if you’re interested in testing out the beta before the mobile version is released, you can sign up today on the official website.

The trailer above provides a quick look at a few people playing the mobile version of Brawlhalla, though no gameplay is shown. So far, we know that Brawlhalla will land on the Play Store in 2020, though there’s currently no word if the current style of monetization from the PC version will be changed for the mobile release. Luckily Brawlhalla Mobile’s recent announced hints that the Android version will offer the same Brawlhalla mechanics players know and love. Full cross-play support is expected at launch, which means players will be able to take on their friends no matter their platform of choice, which is a good sign that little will be changed in the move from PC to mobile.

Accompanying Brawlhalla Mobile’s announcement is a new webpage for the game where anyone can sign up for beta access. This beta should arrive soon, though Blue Mammoth Games hasn’t provided any dates. One thing that’s clear, when you register for the beta, you will be added to a queue, so it’s probably best to sign up as soon as possible to secure your placement in the list. Those that sign up late will also have a chance to get into the beta, but you’ll have to spam a referral link to your friends and family for a chance to earn a higher spot in the list, which is rather scummy if you ask me.

Personally, I’m excited to see what Blue Mammoth Games has up its sleeve with the upcoming mobile release of Brawlhalla, because it’s a quality game despite its free-to-play monetization, so it’s my hope the devs can deliver a similar experience on mobile. I’m definitely pleased to hear that cross-play will be supported upon release, which is a good sign the majority of mechanics and monetization won’t have to be adjusted for the mobile version. While I’m still a little trepidatious when I hear a game is free-to-play, if anyone can pull off a quality title of this nature, it’s the original developers of Brawlhalla.

Brawlhalla just popped up for pre-registration on the Play Store

This past November, we learned that Ubisoft would be bringing Blue Mammoth Games platform fighter Brawlhalla to Android, but at the time, the game was still unlisted on the Play Store. As of today, Brawlhalla has finally arrived on the Play Store, and since it’s a pre-registration listing, you can easily sign up to receive a notification whenever the game is released. The Play Store description states the game will be free-to-play, and it won’t include any pay-to-win advantages. Apparently, the game’s heroes will cycle through eight free-to-play characters every week, and if you’d like to unlock every character in one go, the All Legends Pack will allow you to do just that, though we don’t yet know the price.

So if you’d like to pre-reg for the official Android release of Brawlhalla, which should arrive on August 6th, you can do so through the Play Store widget at the bottom of the page.

Brawlhalla is finally available on the Play Store 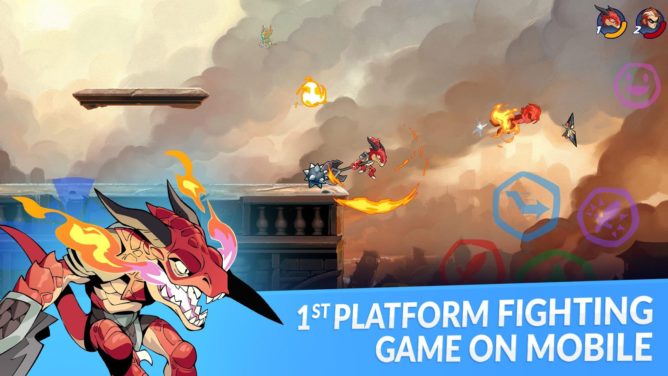 We first learned that Ubisoft’s 2D platforming fighter Brawlhalla would be coming to Android at the tail end of 2019, and in July 2020, the title finally popped up on the Play Store for pre-registration. At the same time, we also learned that Brawlhalla would officially launch on Android on August 6th. Of course, you may have noticed that today is not the 6th, and yet I’m announcing the arrival of Brawlhalla two days early. Well, it would appear Ubisoft doesn’t own a calendar, and so the Android port of Brawlhalla is indeed available for download in the US right now.

As expected, the game is free-to-play, just like the PC version, and so it contains in-app purchases that range up to $49.99 per item. A Battle Pass exists, and if you would like to earn extra rewards over free players, the Battle Pass will run you $9.99 every three months. Beyond the optional Battle Pass subscription, there’s an in-game store where players can purchase new characters, skins, emotes, and all the other cosmetics you’d expect to find in a F2P release.

As far as controls are concerned, Brawlhalla supports touchscreen controls as well as physical controllers. I have tested a Gamevice over USB and a Steelseries Stratus Duo over bluetooth, and both work as expected, which is great to see. The touch controls will only get you so far, because this is a fighting game after all, so there’s no room for missed moves. At the very least, you can adjust the touchscreen controls to better suit your skills in the game’s settings. Oh, and the game supports cross-play with Steam and console players, so you can jump right in to take on your friends no matter their device of choice. Sadly the Nvidia Shield is not supported for some odd reason.

All in all, Ubisoft’s mobile version of Brawlhalla is quite competent. The included controller support works great, and so far, performance has been solid on my OnePlus 8. While I’m sure some will scoff at the free-to-play nature of this release, Brawlhalla delivers an enjoyable platform-based brawler that doesn’t go too overboard with its monetization. Luckily you don’t have to take my word for it since everyone is free to check the game out, so if you’d like to take the mobile version of Brawlhalla for a spin two days early, you can grab the free install from the Play Store widget below. 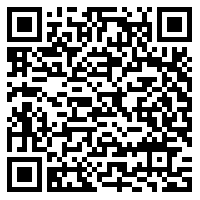