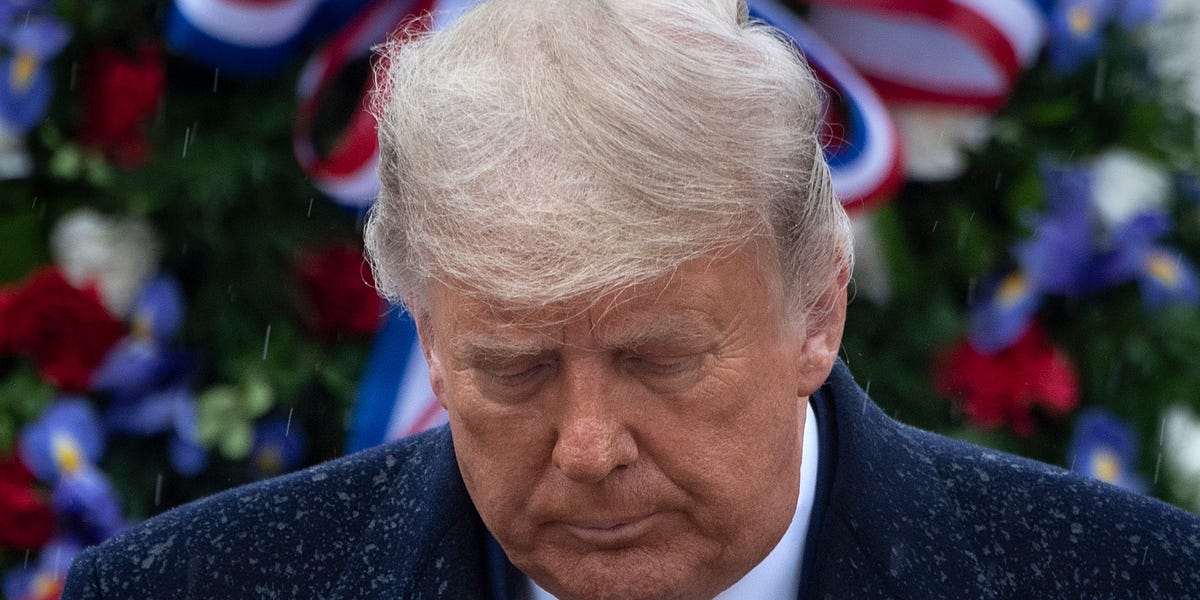 Donald Trump will not run to be president in 2024, contrary to recent reports, because he will be too scared of losing again to Joe Biden, according to his niece Mary Trump.

It’s been nearly a week since President-elect Joe Biden’s victory in the US presidential election.

Media outlets declared him the winner in Arizona on Thursday, putting him on course to increase his margin of victory over Trump. A win in Arizona would put the Democratic candidate on 290 Electoral College votes.

However, Trump is continuing to publicly refuse to accept defeat in last week’s election, and his team has filed several lawsuits in key states that helped President-elect Biden secure his victory.

The outgoing president is seriously considering announcing his intention to run in 2024, according to a The New York Times, partly because he believes it would give him an immediate advantage over other potential Republican candidates. Reuters reported that he could announce his plan to run again before the New Year.

However, Mary Trump on Thursday predicted that her uncle would not seek election for a third time, telling CNN that he “will never put himself in a position where he can lose like this again.”

Asked whether she believed he would run again as widely reported, Mary Trump said: “No. First of all, and I know he’s said that he would and that’s weird because that’s conceding the loss now, but I think that was floated initially as a way to appease him and his ego, but he will never put himself in a position where he can lose like this again.

“Secondly, it would mean that for four years, he is playing essentially a supporting role, which will be very difficult for him to sustain.”

She speculated that by 2024, Trump’s health would be too weak for him to do another four years in the White House, contradicting his former chief of staff’s recent claim that he would be fit enough to run for president in the year 2028. Mick Mulvaney told an Irish think tank that Trump would “absolutely” run again in 2024.

Mary Trump told CNN: “And most importantly, in four years, he will be the same age Joe Biden is now.

“However, Donald is a very unhealthy person — he has a terrible diet, he doesn’t exercise, he has psychological disorders that continue to go untreated, so I don’t even imagine that he’ll even be able to run in four years.

“Plus the fact, of course, he may be looking at serious charges being brought against him.”

Trump’s niece, a vocal critic of the outgoing president, said that he was “in a state of terror, he in a state of rage, and he is in a state of total helplessness right now,” after losing the election to Biden.

“In my family, at least certainly according to my grandfather, whose opinion was the only one that mattered, the worst thing you could be was a loser. Being a loser made you weak, being a loser made you unworthy, and as you said earlier, for the first time in his life, Donald is in a situation he cannot get out of,” she said.

Tom Cotton says the 'Ranger' news report is 'a...

What is database-as-a-service? | VentureBeat...