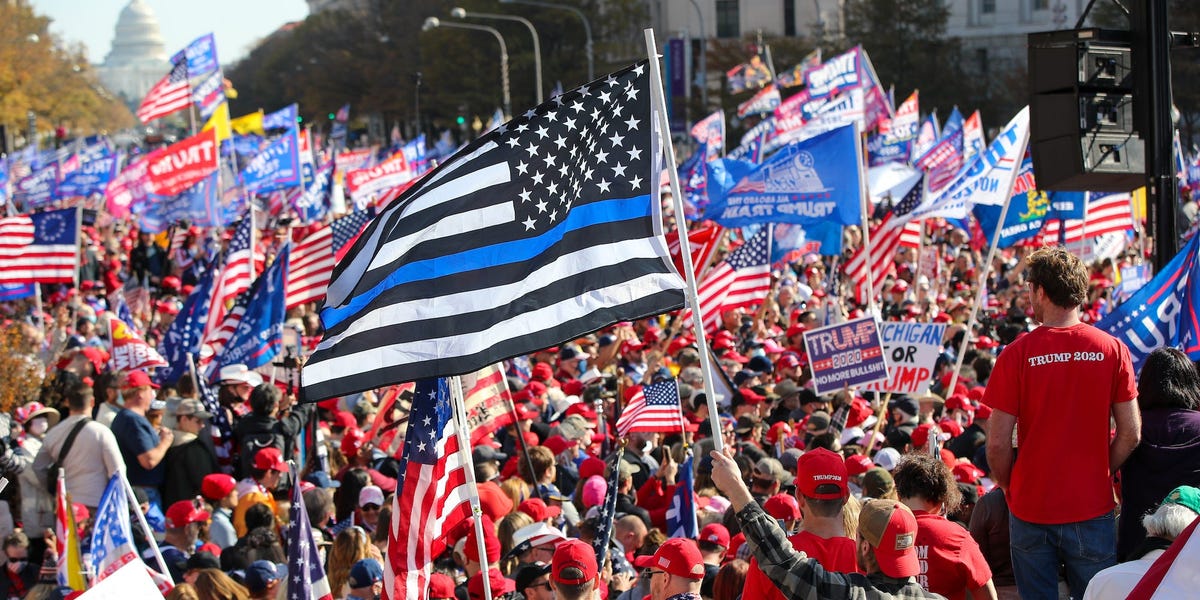 President Trump promised his supporters there would be a “wild” rally in Washington DC on January 6, the same day that Congress is scheduled to meet to formally finalize the presidential election results.

“Statistically impossible to have lost the 2020 Election,” Trump tweeted on Saturday. “Big protest in DC on January 6th. Be there, will be wild!”

Trump was tweeting in response to a 36-page report published by economist and White House advisor Peter Navarro, which claims alleged election fraud. Many of Navarro’s claims have been widely debunked.

The January 6 gathering between House and Senate lawmakers is considered just a formality, in which they simply approve the long-decided state electoral votes.

However, several pro-Trump Republicans have said they plan to disrupt the formal process, with Georgia’s Representative-elect Marjorie Taylor Greene tweeting on Saturday:  “On January 6th…I will OBJECT and REJECT the fraudulent electoral votes from several states across the country.”

Trump has refused to concede, repeatedly pushing the baseless claim that Biden won the 2020 election because of mass fraud.

Congress is set to meet on January 6 to count President-elect Joe Biden’s 306 to 232 win among state electoral votes.

Two weeks later, on January 20, Biden is expected to be inaugurated as the 46th president of the United States, in what his team called a “more imaginative” virtual event.

Trump told aides this week that he might refuse to leave the White House that day, according to CNN, although few of them believe he will actually follow through on the threat.

Biden told Stephen Colbert in an interview on Thursday that while it doesn’t bother him “personally” that Trump might not attend his inauguration, it still worries him how Trump’s absence will look like “to the rest of the world.”