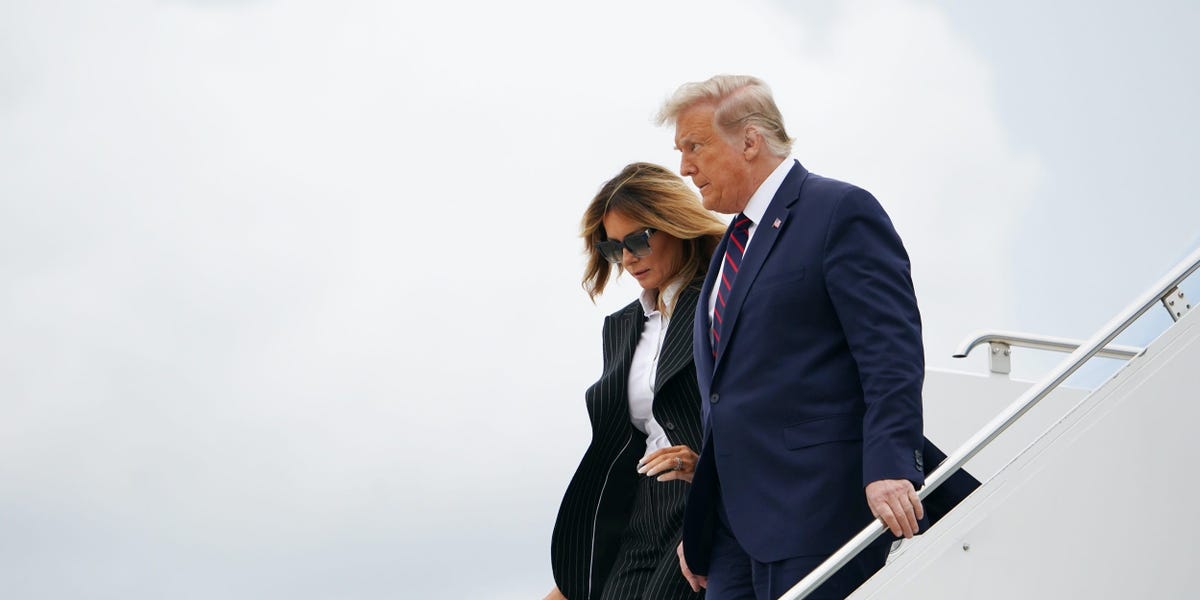 “We will begin our quarantine and recovery process immediately. We will get through this TOGETHER!” Trump tweeted in the early hours of Friday.

Later on Friday, after developing a fever and cough, he was en route to Walter Reed Medical Center for additional testing and treatment, where he plans to quarantine for a “few days,” according to the White House.

But health experts say that the incubation period for COVID-19 — the amount of time between when someone is exposed to the virus and when symptoms first appear — can extend up to 14 days for some patients.

In the two weeks before Trump tested positive, he attended dozens of campaign rallies, private fundraisers, White House events, golf outings, and a 2020 presidential debate. In that time, he came into contact with at least hundreds of people. Like Trump, many of them were maskless, close together, and sometimes indoors, significantly increasing their risk of transmitting the virus.

Business Insider contacted the venues Trump has traveled to or spent time in since Friday, September 18, according to his public schedule, to ask whether anyone there who came into close contact with the president, the First Lady, or his staff, has tested positive or is in self-quarantine, as well as how the venue is responding to the news of Trump’s diagnosis.

It is unclear how Trump contracted COVID-19 or when, so it is possible that he did not have the virus when he visited.

This list also excludes White House events and press briefings, though several reporters in the White House press pool have tested positive, as have several people who attended a nomination ceremony for Judge Amy Coney Barrett.

Here’s what they had to say.