Home > Technology > Trump tries to ban TikTok in the US, explained in 30 seconds

Trump tries to ban TikTok in the US, explained in 30 seconds 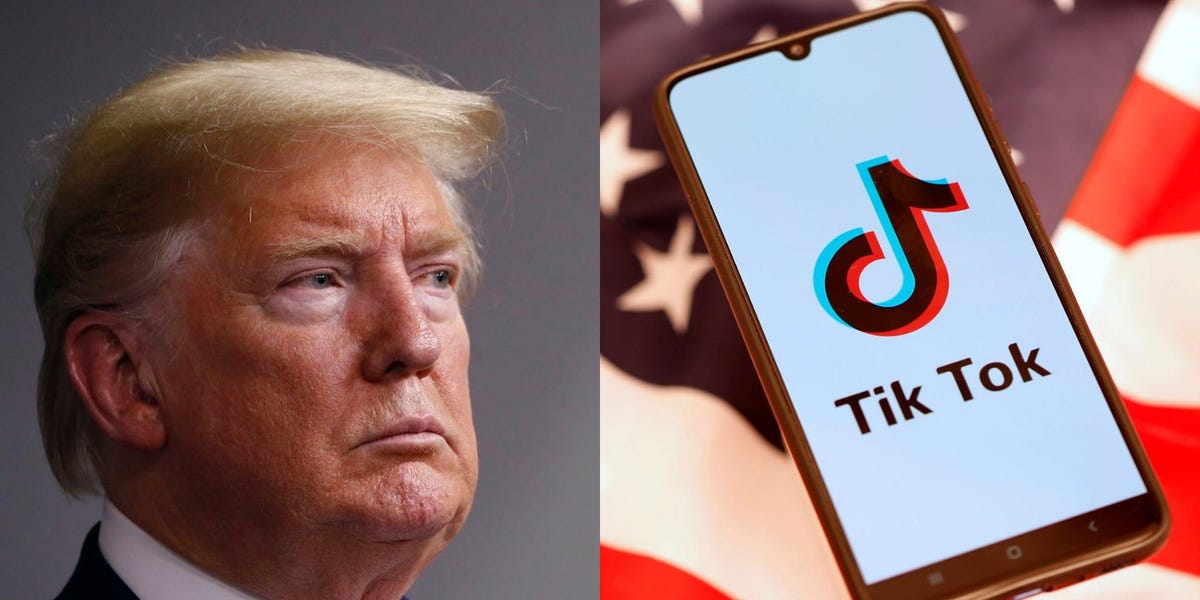 Here’s everything you need to go about what’s going on with Trump’s attempt to ban TikTok — explained in just 30 seconds.

TikTok, a product of the massive Chinese company ByteDance, came to the US in 2018. The app’s addictive recommendation engine and simple video-making process quickly turned it into a mainstay in internet culture. It now has more than 100 million users in the US.

As TikTok’s popularity has grown, so has scrutiny from US lawmakers over its roots in China, a country President Donald Trump has readily painted as an enemy. Chinese law requires domestic companies to “cooperate” with the state’s security efforts — a connection that raised concerns about the government’s influence over TikTok content moderation in the US and its access to American users’ data. The US government quietly launched an investigation in November 2019 into TikTok’s potential national-security risks, a review led by a government body called CFIUS.

TikTok’s popularity continued to rocket during the coronavirus pandemic. Mainstream attention turned to TikTok when its userbase mobilized to falsely inflate the expected attendance for a major Trump rally in Tulsa, Oklahoma. At the start of July 2020, Trump administration officials first stated publicly they were considering banning TikTok in the US.

On July 31, reports emerged the president would soon turn his words into action as the Trump administration weighed two executive orders: a nationwide TikTok ban, or a directive that ByteDance divest its TikTok operations in the US. In anticipation of a ban, ByteDance started shopping around for potential buyers. Although Trump seemed to initially lean toward a ban, he acquiesced in allowing ByteDance to hold talks to sell off TikTok’s US operations — an acquisition in which that Microsoft appears to be the eager frontrunner.

Trump has given ByteDance until Sept. 15 to find a buyer, or he says he’ll ban TikTok. He’s also issued an executive order, set to take effect in less than 45 days, that will bar US companies and entities from “any transactions” with TikTok and ByteDance. However, it’s unclear whether Trump has the power to issue a nationwide ban on an app like TikTok. Experts have questioned whether such action could violate Americans’ First Amendment rights, and how effective the ban be in practice.

Schumer: 'Nothing is off the table' if GOP fil...