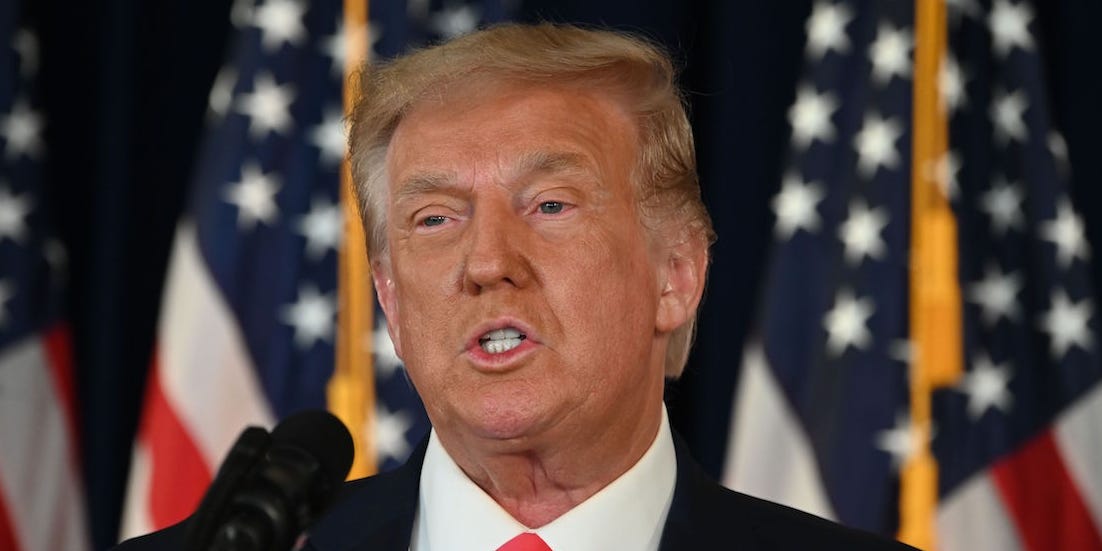 President Donald Trump was taken to Walter Reed Medical Center on Friday evening after he tested positive for COVID-19 early Friday morning and developed a fever and cough later in the day, the White House announced.

“Out of an abundance of caution, and at the recommendation of his physician and medical experts, the President will be working from the presidential offices at Walter Reed for the next few days,” the White House said in a statement.

The president will remain at the military hospital at the advice of doctors and plans to undergo additional testing, though it is unclear which tests he’ll be given. He is not in serious condition and plans to work from an executive office suite inside the hospital facility, the White House said.

The development comes less than a day after the president announced that he and first lady Melania tested positive for the coronavirus early Friday morning.

The president has so far received some therapeutic treatments and is “fatigued but in good spirits,” White House physician Sean Conley said in a memo. Trump is experiencing a low-grade fever and a cough, news outlets reported Friday. Conley said that Trump has also received a dose of Regeneron’s experimental antibody drug.

Later on Friday night, Conley released a memo saying that Trump took his first dose of remdesivir, a COVID-19 treatment that has emergency FDA approval, and is “doing very well.”

Conley said the president “is not requiring any supplemental oxygen,” has completed his first dose of the drug, and is “resting comfortably.”

The president has not transferred his presidential power to the vice president, the White House said Friday afternoon.

Trump will not be the first president to stay overnight at Walter Reed. President Ronald Reagan stayed the night in the hospital in 1989 after a minor surgery to correct a condition that caused a curvature of the ring finger on his left hand.

But Trump’s COVID-19 diagnosis is the most serious medical condition a president has faced since Reagan was shot in 1981. Reagan received treatment at George Washington University Hospital.

Walter Reed National Medical Center is a sprawling healthcare complex just outside the capital in Bethesda, Maryland, where US troops seek care. Presidents frequently seek care at this facility when tests or procedures are needed beyond what the White House physicians can provide, and there is a secured wing of the complex for treating them.

Trump made an unannounced visit to Walter Reed on November 16 for what officials said at the time were portions of his annual physical.

Sarah Al-Arshani and Lauren Frias contributed to this report.