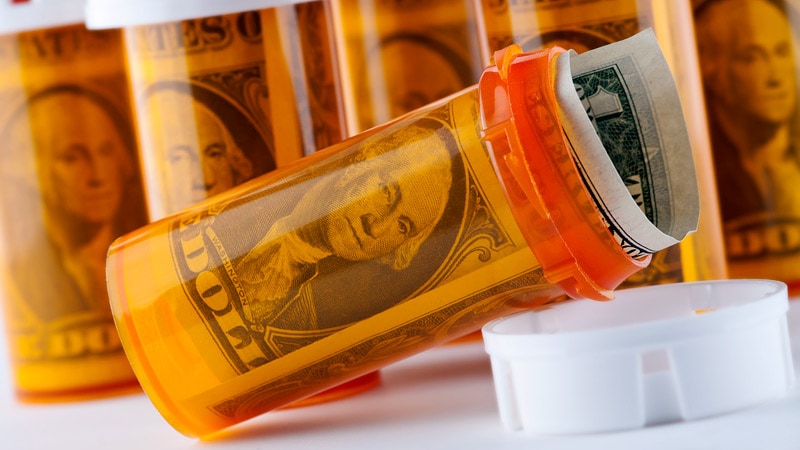 WASHINGTON — President Donald Trump on Friday signed four executive orders for lowering drug prices, including seeking changes to the business of middlemen in the pharmaceutical chain and promoting wider personal importation of cheaper medicines from abroad.

Executive orders are basically instructions that presidents give to federal departments that are intended to emphasize the need for action. There is no guarantee, though, that actions demanded in an executive order will happen. Many of the proposals Trump discussed on a webcast on Friday already face significant opposition.

As of 7:00 PM Friday, the White House had posted the text of only three of the four orders Trump discussed.

One order directed the US Department of Health and Human Services (HHS) to try to make federally qualified health centers share savings from the so-called 340B discount drug initiative with certain patients who need insulin and injectable epinephrine.

Another order directed HHS to smooth the way for more importation of medicines from abroad.

A third order sought to revive the Trump administration’s bid to have middlemen in the pharmaceutical business steer the discounts they obtain so as to lower the cost of medicines for consumers.

Yet, it was the fourth order ― the one that was not posted publicly by the White House on Friday afternoon ― that Trump described in the webcast as “the granddaddy of them all.” This is a plan to overhaul Medicare Part B’s payments for drugs administered by physicians.

Trump is seeking to equalize the payments paid for these drugs among wealthier nations. In a press release, HHS described Trump’s proposal as a bid to ensure that the Medicare program and the people covered by it pay no more for the most costly Medicare Part B drugs than other nations in the Organization for Economic Co-operation and Development.

HHS said this order would take effect in 30 days unless Congress acts. Trump indicated that he intends to use the threat implied by this order to seek better prices from drugmakers at meetings to be held around July 28.

Trump noted that the federal government has not had bargaining clout on the costs of drugs covered by Part B. Instead, Medicare pays a set premium to the reported average sales price. Medicare has to accept the prices manufacturers charge for these medicines, which include many costly drugs for cancer and rheumatoid arthritis.

“We aren’t even allowed to negotiate,” Trump said Friday. “Can you believe it?”

Not Everyone Is Pleased

In a statement, Stephen J. Ubl, chief executive of the Pharmaceutical Research and Manufacturers of America, called Trump’s proposal a “reckless distraction.”

In “the middle of a global pandemic, when nearly 145,000 Americans have lost their lives and millions of others have suffered untold economic hardships, this administration has decided to pursue a radical and dangerous policy to set prices based on rates paid in countries that he has labeled as socialist,” Ubl said.

“The president’s attempt to open our country up to socialized healthcare sets America, our economic recovery, and scientific progress back at a time when we need them most,” he added.

A group representing oncologists who administer drugs covered by Medicare Part B also raised a note of concern about this plan.

In a statement, Ted Okon, executive director of Community Oncology Alliance, said he looks forward to hearing more about the White House’s meetings with executives from drugmakers.

“Whatever solutions are proposed, it is imperative that we do not harm patients’ access to the latest innovative cancer treatments or harm the cancer care providers that treat them,” he said. “This is particularly true as community oncology practices have bravely managed to continue providing uninterrupted cancer care to patients during this unprecedented global pandemic.”

The Community Oncology Alliance did approve of other measures Trump discussed on Friday.

Okon urged the administration to fix “a completely broken” 340B program, which he indicated appears to benefit pharmacy-benefit managers (PBMs) more than patients. (The name of the program stems from the section of a 1992 law that created this path for hospitals to get discounted drugs.)

“What was once a program intended to help patients in need receive drug-cost assistance from a small number of safety net providers has grossly mutated into one where discounts and profits benefit large corporate hospitals,” Okon said. “Worse yet, PBMs have now gotten into the 340B game as contract pharmacies, realizing that 340B allows them to virtually print money off the backs of patients in need.”

Trump’s order, though, appears to focus on one segment of the 340 program ― federally qualified health centers.

These centers may be buying insulin and epinephrine at steep discounts that are not always shared with patients, the White House said in the executive order. HHS thus should pressure the federally qualified health centers to share the discounts on these widely used medicines with people who have high cost-sharing requirements or deductibles in their health plan or who do not have insurance.

The words “hospital” and “contract pharmacy” do not appear in the executive order. Lawmakers have in recent years questioned how much benefit patients derive from the savings hospitals and other medical organizations get from the 340B program.

Okon praised Trump’s order that was intended to steer discounts negotiated by PBMs toward patients.

In a statement, PCMA Chief Executive J. C. Scott said the Trump administration did the right thing last year when it withdrew a previous proposed regulation on rebates. That proposal sought to have Medicare Part D pharmacy plans direct savings from rebates to their customers.

“Reviving a rebate reform proposal now does not address the underlying flaws ― that it will drastically increase Medicare premiums for America’s seniors and most vulnerable,” Scott said.

He said the policy would “raise premiums for seniors while imposing nearly $400 billion in additional taxpayer costs, all at a time when taxpayers are already footing additional costs to counter the pandemic and the national debt is at record levels.

Trump’s executive order on drug rebates, though, directs HHS to “confirm — and make public such confirmation — that the action is not projected to increase Federal spending, Medicare beneficiary premiums, or patients’ total out-of-pocket costs,” he said.