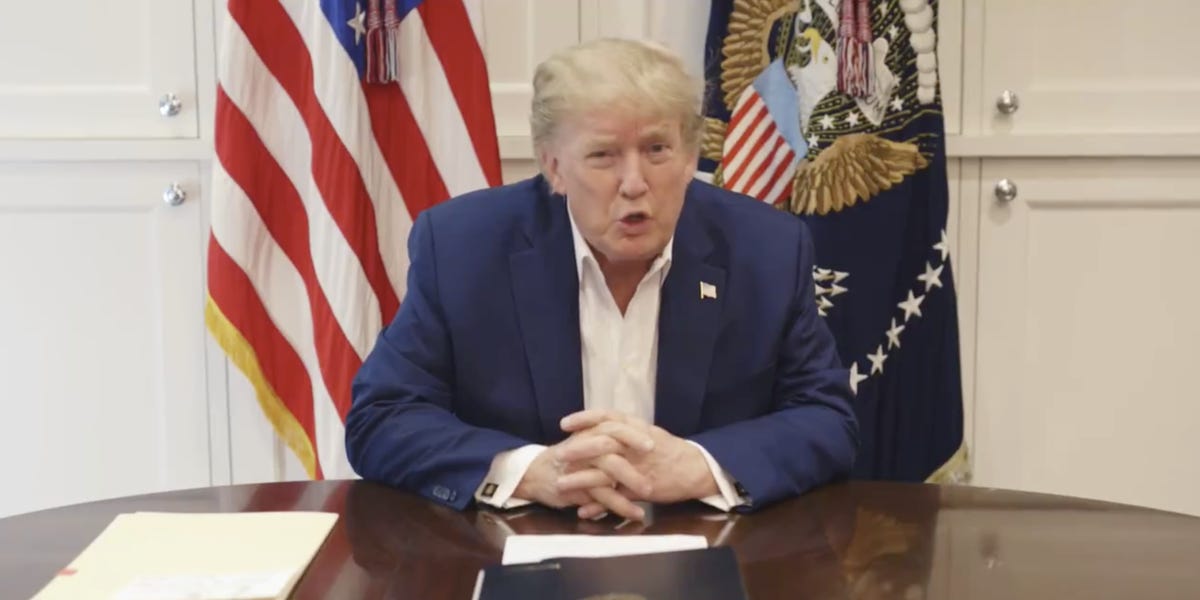 President Donald Trump tweeted out a lengthy video updating Americans on his condition Saturday evening, after spending much of the last 24 hours in silence while being treated for the coronavirus at the Walter Reed National Military Medical Center.

Trump, who looked paler than usual but appeared to speak and breathe well, said in the video he was “starting to feel good,” though he acknowledged that when he first arrived at the hospital he “wasn’t feeling so well.”

“I feel much better now. We’re working hard to get me all the way back. I have to be back, because we still have to make America great again,” he said.

He added that he believes he’ll “be back soon,” but that the next few days will “be the real test”

Trump has been treated with several drugs, including an experimental antibody treatment and a five-day course of the antiviral drug remdesivir.

The White House and Trump’s doctors faced criticism earlier on Saturday after sending mixed messages and refusing to answer basic questions on the president’s condition.

Though the White House physician, Sean Conley, had presented a cheery outlook on Trump’s prospects during a press conference Saturday, he dodged questions about Trump’s temperature and whether he had required supplemental oxygen since his diagnosis.

Later, media outlets confirmed that Trump had, indeed, received supplemental oxygen on Friday while he was still at the White House.

Shortly after Conley’s press conference, the White House chief of staff, Mark Meadows, also told media that Trump’s vitals had been “very concerning” the previous day. He added that the coming days will be “critical” in determining how Trump will handle the disease.

“We’re still not on a clear path yet to a full recovery,” Meadows said, the Associated Press reported.

US military nudges a Trump ally in Congress wh...