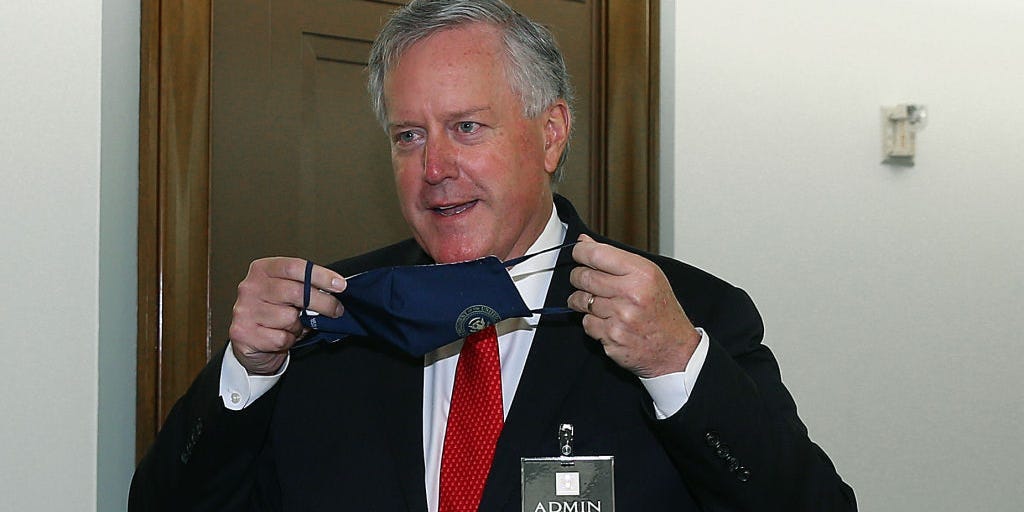 Mark Meadows attempted to keep the White House coronavirus outbreak a secret, even threatening to fire doctors if they leaked any information about it to the public, the Washington Post reported on Saturday.

The White House chief of staff went above and beyond to hide information of the outbreak as the virus started to spread rapidly among his team in the fall, several officials told the Post.

He not only sought to keep his own diagnosis a secret — Meadows tested positive on November 7 — but reportedly also instructed at least one fellow advisor, who wanted to disclose an infection, not to.

An unnamed official told the Post that Meadows told them that they were “under no obligation to tell the press or the public that Joe Schmo who works in the White House has tested positive.”

Meadows even went as far as telling White House Medical Unit doctors that he would fire them if they decided to disclose any information to the media.

An aide to Meadows, Ben Williamson, told the Post that these claims were “false.”

Meadows has also been described by other officials “as outright hostile in his denial of the virus and punitive toward colleagues who sought to follow public health guidelines or be transparent,” the Post reported.

More than two dozen top officials associated with the president have contracted COVID-19 since the start of the pandemic — including Trump himself, Business Insider reported earlier this month.

The disease has spread through the president’s inner circles, infecting White House staffers, campaign aides, Republican leaders, and most recently, his legal team.

At least eight of the cases have been linked to a “superspreader” ceremony at the White House in September, where over 150 maskless people gathered in the Rose Garden for then-Judge Amy Coney Barrett’s Supreme Court nomination.

Trump and his allies have regularly dismissed public health recommendations by the Centers for Disease Control and Prevention (CDC) and have downplayed the severity of the virus in recent months.

Several people told the Post that Trump has “given up” on the pandemic and that he didn’t expect to go on for as long as it has.

Paul A. Offit, a member of the FDA’s vaccine advisory council, said: “He’s a salesman, but this is something he can’t sell. So he just gave up. He gave up on trying to sell people something that was unsellable.”

Olivia Troye, a former Pence adviser who resigned in the summer told the Post: “I would love to say that I’m shocked, but I’m not. People are still dying every day…To see a sitting president directly refuse to help during a crisis is just flabbergasting to me.”

Since the start of the pandemic, more than 17.5 million Americans tested positive for the virus and more than 300,000 have died, according to a tracker by Johns Hopkins University.

In the last week alone, nearly 1 out of every 200 Americans have been diagnosed with the coronavirus, Axios reported.

This graphene hoodie warms up at least 5 degre...

Here's what will expire if Congress doesn't pa...