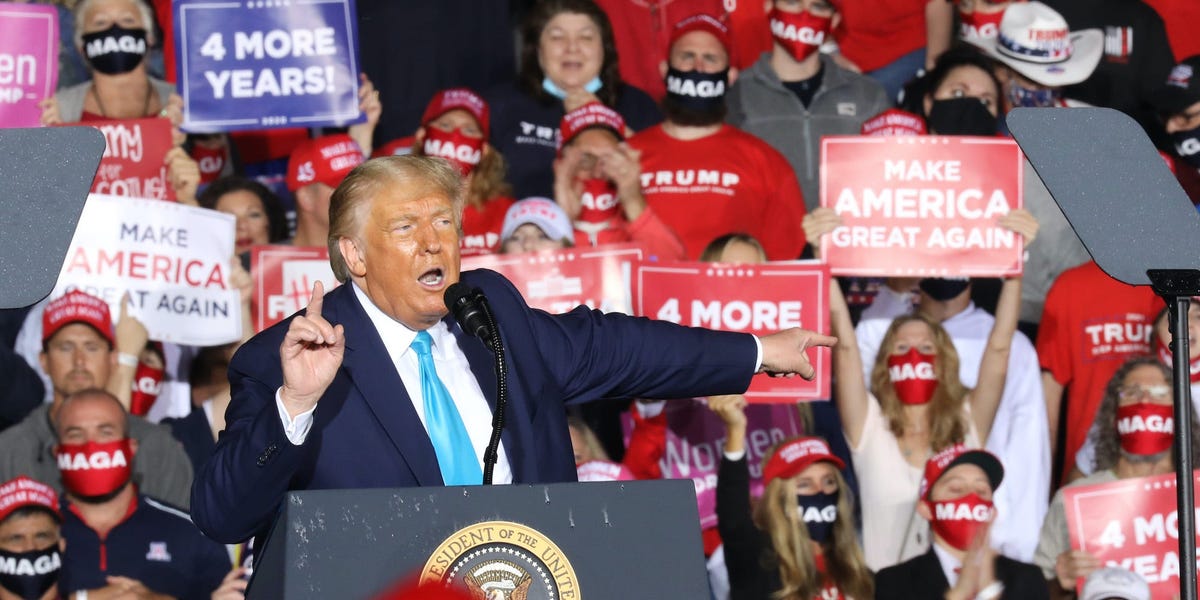 President Donald Trump has now personally asked state Republicans in Georgia, Michigan, and Pennsylvania to overturn the 2020 election results, according to reports.

A new report from The Washington Post, alleges that in the past week, Trump called the speaker of the Pennsylvania House of Representatives twice to ask for help in reversing his electoral loss in the state.

Coming in as a last-ditch effort, Trump’s calls come after his invitation of Republican Michigan state representatives to the White House, and his recent phone call (and a barrage of tweets) pressing Georgia Gov. Brian Kemp to throw out the state’s electors and replace them. Since the election, the Trump team has also lost numerous lawsuits in the three states (as well as others), as he continues to pushes baseless claims of mass election and voter fraud.

“The president said, ‘I’m hearing about all these issues in Philadelphia, and these issues with your law,'” Cutler spokesman Michael Straub told The Post.  Straub alleged that the tone of the conversation with Trump was, “‘What can we do to fix it?'”

The White House and the Trump campaign did not immediately respond to a request for comment.

In November, Trump’s legal team claimed that they would bring evidence of widespread voter fraud in Pennsylvania, singling out Philadelphia. US District Judge Matthew Brann, appointed by a Republican, dismissed the case at the end of November.

“One might expect that when seeking such a startling outcome, a plaintiff would come formidably armed with compelling legal arguments and factual proof of rampant corruption,” Brann wrote. “Instead, this Court has been presented with strained legal arguments without merit and speculative accusations un-pled in the operative complaint and unsupported by evidence.”

The Trump campaign also lost a follow-up Pennsylvania case at the US Court of Appeals. Trump and his campaign’s legal team have been pushing conspiracy theories of mass voter and election fraud.

Last month, the former head of the Cybersecurity and Infrastructure Security Agency (CISA) said, before he was fired by Trump, there was “no evidence that any voting system deleted or lost votes, changed votes, or was in any way compromised,” refuting Trump’s claims. Last week, Attorney General Bill Barr told the Associated Press, “To date, we have not seen fraud on a scale that could have effected a different outcome in the election.”