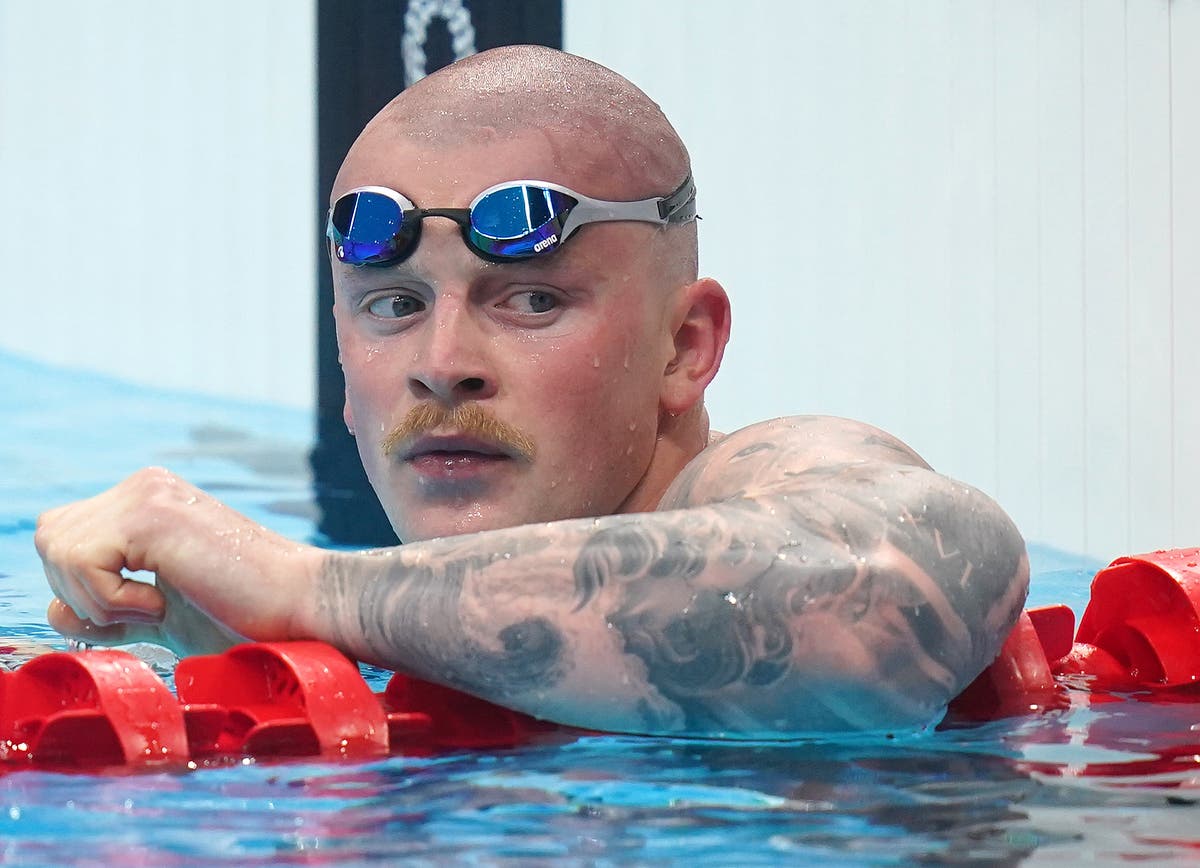 The Tokyo 2020 Olympics is officially under way after yesterday’s opening ceremony when Naomi Osaka lit the flame in the National Stadium, signifying the start of the Games. In reality they have been going for a few days now with football and softball competitions getting going early to fit in the fixtures, but the schedule is now jam-packed with events.

Elsewhere the Games’ youngest competitor, Hend Zaza, represented Syria in the table tennis and took pride in defeat. The 12-year-old prodigy beat someone four times her age to get here and her journey to success in a country torn by war for much of her life is undoubtedly one of the stories of the Olympics. From a British perspective Polly Swann and Helen Glover are competing in the rowing heats, Seonaid McIntosh is in action on the shooting range and Andy Murray will step on to court in the men’s tennis doubles alongside Joe Salisbury. Follow all the latest news, updates and results below.

Tokyo 2020: Team USA have a fight on to show they remain the world’s best in basketball

The Brooklyn Nets superstar will lead an extremely talented American side in Tokyo, but their rivals are now producing their own superstars and can lean on size to make life difficult for Gregg Popovich’s side.

In the past, the USA have always been able to rely on their superior talent to make up for a lack of cohesion, but the rest of the world have caught up amid basketball’s globalisation.

Britain’s triathletes will look to step out of the shadow of Alistair Brownlee at the Odaiba Marine Park in Tokyo this week.

Brownlee had to admit defeat in his bid to challenge for a third straight gold medal, with an ankle injury preventing him recapturing the form that saw him dominate the races in London and Rio. His younger brother Jonny, who has silver and bronze medals from the last two Games, is on the team along with Rio bronze medallist Vicky Holland and first-timers Jess Learmonth, Georgia Taylor-Brown and Alex Yee.

The latter three may not be household names yet but performance director Mike Cavendish is bullish, telling the PA news agency: “I don’t think we’ve ever taken a team to a Games before where genuinely every single athlete who is on the start-line for Great Britain could be in with a shout if the race goes their way.

The most exciting prospect is 23-year-old Yee, who is the fastest runner triathlon has ever seen. He secured his spot on the team by winning his first World Triathlon Series race in Leeds last month to mark himself out as a potential gold medal contender.

Cavendish said: “He’s been inspired by what Alistair and Jonny have done in the past. It’s so unfortunate that Alistair couldn’t be here because of his injury but, to have Alex step in as the next generation, that’s almost the best outcome.

“He’s super talented. For him, this is all about just laying down the sort of performance that he can. If that ends up in a podium, then great. If not, then he’ll just take all the learning he can from this and experience and we’re absolutely convinced that his time will come.”

Russia was banned from the Tokyo Olympics in December 2019 after the notorious doping scandal, which rocked the sporting world.

The initial ban of four years was reduced to two years in 2020, it still ensured no official Russian team present at the Olympic Games in Japan or the 2022 World Cup in Qatar.

Nonetheless, Russian athletes are still at Tokyo 2020 due to the establishment of the ROC. All the details:

Team GB will definitely be in the knockouts, following their 1-0 win over hosts Japan – who themselves need a win in the final game to make it through too.

Defending champion Max Whitlock safely negotiated the nerve-racking qualification process at the Ariake Gymnastics Centre on the day one of his sport’s biggest stars bowed out.

We’re only on Day One! Officially anyway – and there are so many athletes to look forward to seeing over the coming weeks.

Naomi Osaka lit the Cauldron in the opening ceremony, but we’ll be seeing here on-court, too. Simona Biles is perhaps the world’s best-known and greatest gymnast. This is their stage, the pinnacle of their sports – and for plenty more athletes besides.

It all seemed so easy for Adam Peaty in his heat – but there has rarely been a faster race in history. Is he set for another gold? Lawrence Ostlere was on hand in Tokyo to witness his cruise through to the semis.

Job done for Great Britain as Ellen White’s flicked header settles the match, earns the three points and sends Team GB through to the knockouts.

There’s still a match to play, but six points guarantees them a top-two finish and therefore a place in the quarter-finals – but Japan still have a big job to do to beat Chile in their final game and give themselves a chance of joining Hege Riise and Co.

Japan pushing for a late equaliser and it’s imperative Great Britain remain focused and see out the victory. Japan did clinch a fairly late equaliser against Canada, but they’ve even less time now to snatch a point.

Roebuck comes racing toward the penalty spot and claims a high, launched pass into the box with great authority to settle any nerves.