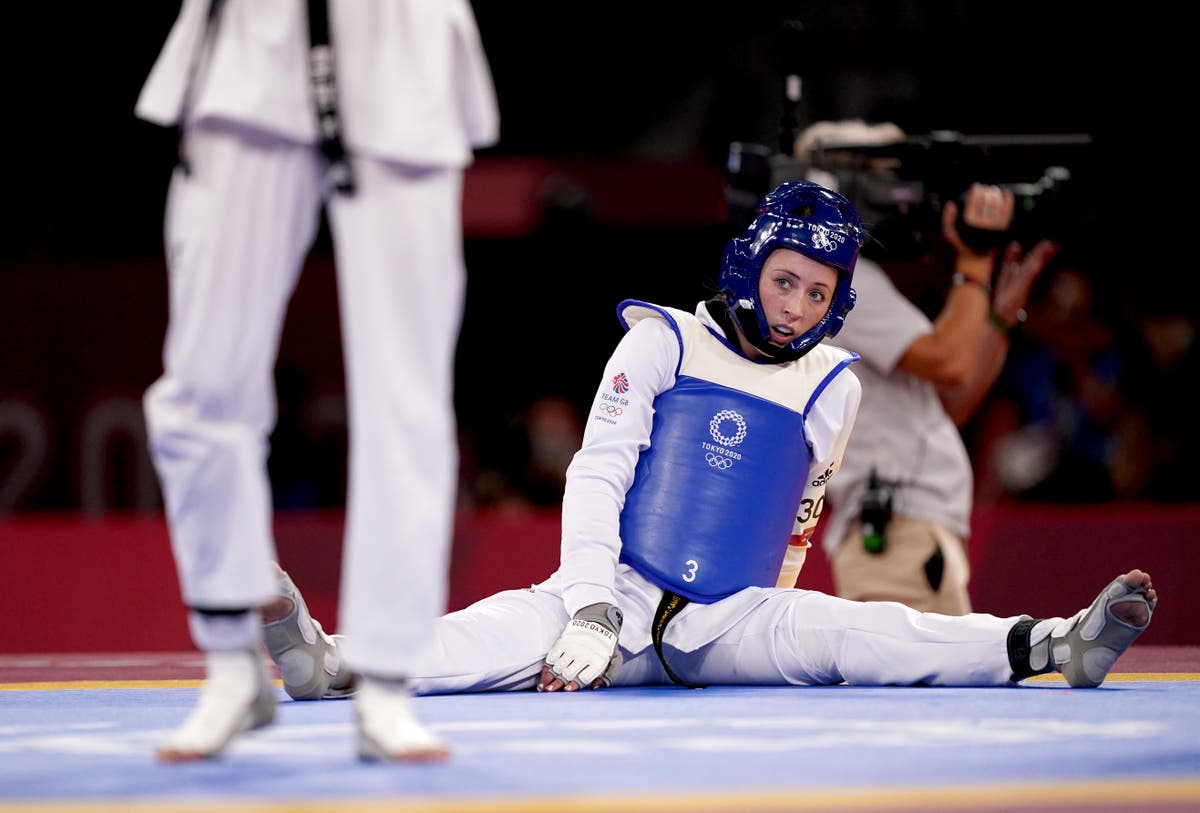 The Tokyo 2020 Olympics is officially underway and day 2 sees a schedule jam-packed with events.

Andy Murray has pulled out of the men’s singles on medical advice and will now focus on the doubles alongside Joe Salisbury, having been due to play Canada’s Felix Auger-Aliassime. Japan’s Naomi Osaka beat China’s Zheng Saisai to progress to the second round.

Team GB’s Jade Jones fell to a shock defeat in the opening round at the Taekwondo arena, and she will have to wait until Paris 2024 to become to first British woman to win gold medals at three Games. However the 28-year-old can still go for bronze later today should her conqueror, the refugee team’s Kimia Alizadeh, go all the way to the finals.

Simone Biles will take to the gymnastics arena for the first time in the Games as she begins her quest for up to six medals – no female gymnast has ever five at a single Olympics. Whatever happens, she is likely to enhance her case to be the greatest of all time.

And the women’s cycling road race is under way on the outskirts of Tokyo. Follow all the latest news, updates and results below.

Women’s tennis world number one Ashleigh Barty is out of the Tokyo Olympics after she was beaten earlier by Spain’s Sara Sorribes in two straight sets in the first round.

Speaking about her victory, Sorribes said: “It’s an amazing feeling. I still can’t believe it. It’s something incredible for me, it’s something that I’ve been dreaming all my life – being here and even more, beating the world number one, so yeah, I’m super super happy.”

Barty was visibly dejected after losing the match to the 48th-ranked Spaniard. She declined to address reporters after speaking briefly to the Australian media.

Sorribes, who will also compete in a doubles match later today, is looking forward to playing alongside compatriot Paula Badosa.“I’m playing with Paula who is one of my best friends and we are super happy to have been here playing the doubles and yeah we will enjoy, doesn’t matter the conditions,” she said. “We’re here to play, we are here to enjoy and that’s what we will try to do.”

Tokyo Olympics: Osaka wins in first round after Zheng fightback

Naomi Osaka has won her first-round match, after a straightforward first set and a more challenging second that she won 6-4.

Zheng led the second set at one point, after going up 1-0. But Osaka was quick to bounce back and maintained a lead after going 2-1 up. She had two match points on Zheng’s serve before it went to 5-4, after which she held serve easily.

Tokyo Olympics: Competition schedules may be reshuffled due to heat

The schedule of competition at the Tokyo Olympics could be reshuffled due to intense heat and humidity. The International Olympic Committee on Sunday said that it would back such plans, if needed.

The development comes after several athletes across a number of sports complained about their performance being hampered with temperatures regularly hitting or exceeding 33 degrees celsius.

Tennis players Novak Djokovic and Daniil Medvedev led calls on Saturday for organisers to move matches to the late afternoon for the rest of competition, to prevent players from competing in stifling heat. In the tennis tournament, the first four matches currently start at 11am, forcing players to endure the hottest part of the day.

“Competition schedules have been built where possible to avoid the hottest parts of the day but that is not possible with every sport,” the IOC’s sports director Kit McConnell said on Sunday.

The International Tennis Federation, which is looking after tennis at the Games, said that they are monitoring the weather and will decide on possible suspension of play if the temperatures rise.

“If the temperatures increase, the Wet Bulb Globe temperature (WBGT) threshold for a possible suspension of play will be determined by an internal advisory group,” the ITF said in a statement.

The WBGT refers to a measure of the heat stress in direct sunlight and takes into account temperature, humidity, wind speed, sun angle and cloud cover.

“In planning for a possible suspension of play, the group will convene once the WBGT threshold reaches 30.1°C to consider the weather forecast for the current day plus the prior 1-2 days and next 1-2 days, as well as expert medical advice and all variables that determine player safety,” it said.

Tokyo Olympics: First skateboarding medal is another gold for hosts

The hosts have taken another medal as Yuto Horigome wins gold for Japan in the first skateboarding final at this Olympic Games. He nailed four of his five tricks, all scoring in the 9s. His total of 37.18 was followed by Brazil’s Kelvin Hoefler who took silver with 36.15, while Team USA’s Jagger Eaton won bronze.

Osaka has raced into a one-set lead, taking the first against Saisai Zheng 6-1. Japan’s favourite – who after Ash Barty’s loss is now the top seed in the women’s singles – won the first five straight games before Saisai took the sixth. Osaka quickly claimed the final game, however. This could be a short one.

The star of the Games and Japan’s final torch-bearer Naomi Osaka is on centre court now for her first match, and is flying against Saisai Zheng of China.

Tokyo Olympics: World number one Barty out of tennis singles

World number one Ashleigh Barty is out of the Games after being beaten by Spain’s Sara Sorribes in two straight sets in the first round of women’s tennis singles.

Australia have set a new world record in the 4×100 freestyle relay, winning a swimming gold as they touched home in 3 minutes and 29.69 seconds.

The silver went to Canada after they finished the relay in 3 minutes, 32.78, while Team USA capped their morning with one more medal, as they secured a bronze.

Here’s the full story on Jade Jones’ shock defeat, from our correspondent Lawrence Ostlere in Tokyo:

Reigning champions Team GB opened the defence of their Olympic hockey title with a stunning 2-1 defeat against Germany.

The champions of the 2016 Rio Olympics were pegged back by Germany through a penalty by Viktoria Huse that sent goalkeeper Maddie Hinch the wrong way. Charlotte Stapenhorst fired a second goal home after Pia Maertens made the pass.

Team GB have their next match against South Africa on Monday.