Home > Android/Apps > Thronebreaker is a single-player spin-off of the card game Gwent, out now

Thronebreaker is a single-player spin-off of the card game Gwent, out now The Witcher Tales: Thronebreaker is a card-based premium RPG from CD Projekt Red, originally released on PC in 2018. The game is well-reviewed, and it serves as a single-player experience with tweaked gameplay from Gwent. Thanks to the game’s popularity, we saw Thronebreaker released on iOS last year. But with how these things go, Android is usually the last platform to join the fun. So while we may be late to the party, as of today, The Witcher Tales: Thronebreaker has landed on the Play Store for pre-registration.

If you’re unfamiliar with The Witcher Tales: Thronebreaker, the above trailer offers a quick glimpse of the game in action. Thronebreaker uses cell-shaded graphics for its story content, though you will spend most of your time playing an RPG card game that’s pretty similar to Gwent. Basically, Thronebreaker is a premium version of Gwent tweaked for single players. Best of all, the game’s story is worth a playthrough on its own, especially if you’re a fan of the Witcher franchise. A single playthrough should last players around 30 hours, so there is definitely a good bit of content to explore.

Despite the fact neither the new Play Store listing nor the official Thronebreaker site offers a release date, the Gwent website has published a post that reveals the game will launch on Android on June 17th. As far as monetization goes, Thronebreaker will be free to try for a few hours, but you will have to pay for an in-app purchase to unlock the full game. Sadly we don’t yet know how the Android version will be priced, but by taking a quick look at the iOS version, the only IAP is $9.99, so It’s probably safe to assume the similar pricing once the Android version lands.

All in all, it’s nice to see that CD Projekt is finally bringing The Witcher Tales: Thronebreaker to Android, and even though we may be the last to get a port, I’m sure there are plenty of gamers out there that will be eager to play this card game on their favorite Android devices. So if you’d like to receive a release announcement on June 17th when the Android version is launched, feel free to pre-register through the Play Store widget below.

The Witcher Tales: Thronebreaker is finally available on Android

As promised, CD Projekt has released its single-player card game The Witcher Tales: Thronebreaker on Android. The game plays a lot like Gwent, but it’s tuned around solo play. It’s a free download that offers a few hours of gameplay, and if you like what you see, you can unlock the full game through a single in-app purchase priced at $9.99. More or less, this is a premium game, and since it’s a single-player experience, you won’t have to worry about a forced meta or any pay-to-win mechanics.

So far, Play Store reviews aren’t great, pointing out a buggy tutorial where the pop-up boxes block where you need to click, and indeed they do. It’s a frustratingly poor design. Once you get through the tutorial, things are fine, but seeing that this is going to be everyone’s first impression, it’s surprising something like this got through testing. I’ve also noticed a little lag when moving, and that’s when playing on a ROG 5, so the game could easily benefit from more optimization. Cloud saving is supported out of the box, and there is partial controller support where you can easily control the game where it counts, and yet you can’t do anything at the main menu. You will have to tap on your screen to start a game, even when using a controller.

All in all, The Witcher Tales: Thronebreaker is an okay port that has a few issues to work out, so if you don’t mind poorly designed tutorials or partial controller support, there’s no harm in checking it out, especially since everyone can do so for free. It’s a large download, and the game is demanding, so high-end hardware is recommended. 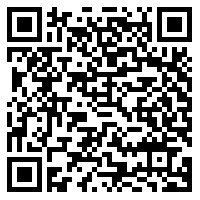