This luxury smart alarm clock banished my phone from the bedroom 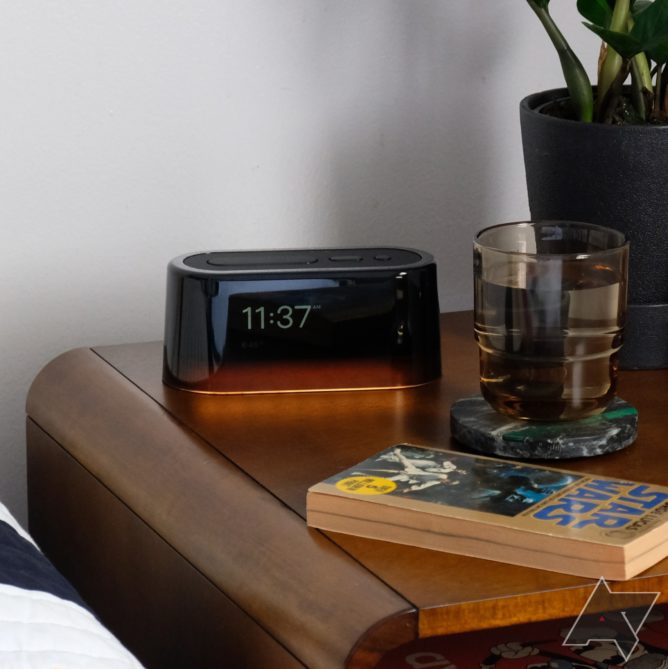 When you read the words alarm clock, what comes to mind? I bet it’s either one of those vintage numbers with the bells on top or the red-numbered clock radio your dad bought at Radio Shack in 1983 and still hasn’t replaced. More likely than not, though, you don’t own one. Why would you? Your phone works fine.

They may seem like an anachronism, but even as our phones have assumed more responsibility in our day-to-day lives, discrete bedside clocks have continued to evolve. Enter Loftie, which hopes to “retake slumberland” with its chic and designerly internet-connected clock. Those ambitions might be a little grand, but it sure is a nice way to wake up.

If you’re wondering why you should want an alarm clock at all, I’m with you. Smartphones have been a dream for those of us who don’t necessarily want to own a bunch of stuff: they’re our MP3 players, our mobile gaming devices, our point-and-shoot cameras, our calculators — and yes, our morning alarms. But technology and sleep hygiene don’t always mix, and for some folks, having the entire internet sitting on their nightstand makes it hard to shut down at the end of the day (or in my case, makes it entirely too easy to waste time in the morning).

You can get a perfectly functional alarm clock for less than 20 bucks on Amazon, sure. But say you’re looking for something a little more luxurious. That’s the niche the Loftie clock fills.

At a glance, the Loftie clock looks, well, like a fancy alarm clock. It’s a pill-shaped hunk of dark, translucent plastic, with an LCD display underneath to show the time on its front side, buttons and a speaker grille on top, and a nightlight on the bottom. It’s simple, but elegant in a very 2021 kind of way. There’s a built-in battery in case your power goes out, and the power supply connects via USB-C. Classy.

Loftie’s wake-up tones are markedly nicer to wake up to than traditional alarm sounds.

The clock comes with a number of mellow alarm sounds that play in two phases. First, a “wake-up tone” that’s designed to gently wake you up — options include Paradise, which features chirping tropical birds, and Temple, a deep but soft series of clanging bells. That’s followed by a “get-up tone,” which, while more kinetic and harder to ignore than the wake-up tone, is also purposefully non-abrasive — Wisdom, for example, is rhythmic percussion that evokes the ticking of a large clock. Alarms can be set for different times on different days, either on the clock itself or using the accompanying app. They’re markedly nicer to wake up to than traditional alarm sounds.

The irony of an app-controlled device meant to reduce time spent looking at your phone is not lost on me. But after you set the Loftie clock up for the first time, you don’t need to use the app: the clock itself has four buttons on top, and you can do almost everything using just those. The wide, leftmost button snoozes alarms, controls the built-in nightlight, and goes back in menus; the middle two buttons, arranged like a volume rocker, navigate those menus; and the right button fully stops alarms and makes menu selections. The only thing you can’t do without your phone, as far as I can tell, is change your wake-up and get-up tones.

The Loftie clock’s nightlight is pleasant. (The clock is on its side here.)

Aside from waking you up in the morning, the Loftie clock has a few other tricks up its sleeve: it can play cozy sounds to help lull you to sleep (think white noise or crashing waves), guide you through meditations, and even play built-in classical music. Any music you like, technically — it’s got Bluetooth — but the speaker is about on par with something like a Nest Mini, so you might not want to use it for media.

You’ll find traditional sleep noise under Sounds on the clock’s menu, while meditations, relaxing royalty-free music, less conventional dreamy sounds, and even some chill stories (billed as “sleepcasts”) are nested under the Playlists option. It’s all very nice, and Loftie promises to provide fresh content in future updates.

My only real gripe about the Loftie clock itself is that LCD time display, the whole of which has to light up to illuminate the numbers. To Loftie’s credit, at nighttime levels, it’s not bright enough to be a nuisance, even for a light sleeper like me. You can also turn it off until your next alarm entirely by long-pressing the nightlight button. Still, this thing retails for $149 (currently on sale for $119). It wouldn’t be unreasonable to expect that tiny display be an OLED for the sake of actually-black blacks. But that’s not enough to sink the experience for me.

So should you buy this $149 alarm clock? If that sentence made you scoff, no, you should not. It’s also tough to get around the fact that you can get a smart display that does almost everything this clock does and more for less money. But if you’re the type of person who likes to splurge on luxury home goods and you want an unabashedly, unnecessarily high-end clock for your bedside table? This thing’s pretty darn nice. Treat yourself.

Where to buy the Loftie clock: