Home > Business > These ‘whales’ could stand in the way of a year-end rally for stocks, warns strategist

These ‘whales’ could stand in the way of a year-end rally for stocks, warns strategist 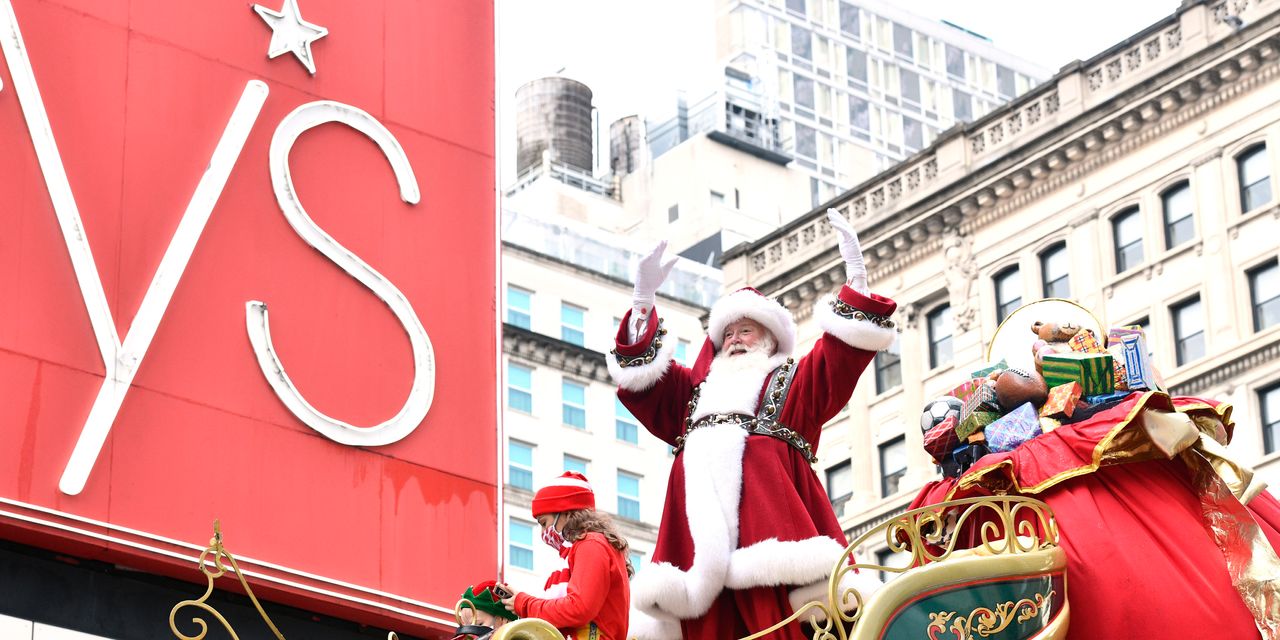 Optimism is building for stocks as U.S. investors return from the Thanksgiving Day holiday, though volumes may stay light for Friday as some stretch out the break.

With two sessions left, November is shaping up to be the best month since April for the S&P 500
SPX,
,
and the best since 1987 for the Dow Jones Industrial Average
DJIA,
,
according to FactSet. Gains have come as investors have cheered vaccine news and dissipating U.S. postelection stress.

But our call of the day is tempering enthusiasm for the weeks ahead, citing portfolio rebalancing by the whales of the massive, target-date fund industry.

“Target-date funds must rebalance against the market. So if stocks go up and treasuries go down, as has been the case so far this quarter, they will need to sell stocks and buy bonds to get back to their target weights by the end of the quarter.” Vincent Deluard, global macro strategist at financial services group INTL FCStone, told MarketWatch in emailed comments.

Also known as life-cycle funds, those funds automatically rebalance with a mix of suitable stocks, bonds and other assets as the investor ages. They tend to grow more conservative the closer to the target or retirement date of the investor.

He pointed out in a September flow note that that industry “collects 5 to 10% of most Americans’ paychecks” and “invests them formulaically into a handful of low-cost index funds with assets of $2.3 trillion.” So when those funds rebalance it “must result in whale-like trading flow, which can rock markets,” he added.

So any rebalancing may coincide with what has traditionally been a strong period for stocks — officially the last five days of December and first couple of January. “The Santa Claus rally is one of the strongest seasonal anomalies so a selloff would come as a surprise, statistically speaking,” Deluard said.

“Many other factors drive markets, but target-date rebalancing flows are huge, liquidity has been trending lower for decades, and is seasonally low around the holidays so flows can have a disproportionate impact on price,” he added.

Also warning of a possible rebalancing hit ahead for stocks were JP Morgan strategists Nikolaos Panigirtzoglou and Mika Inkinen in a Nov. 20 note.

“We see some vulnerability in equity markets in the near term from balanced mutual funds, a $7 trillion universe, having to sell around $160 billion of equities globally to revert to their target 60:40 allocation either by the end of November or by the end of December at the latest,” said the pair.

They said a continuation of the stock rally into December would trigger the need for another $150 billion of equity selling into the end of December by pension funds.

are pointing to some gains, while European equities
SXXP,

prices tumbled Thursday and were under $17,000 for Friday.

chief executive officer, told Bloomberg that the company will need an “additional” global trial of the pharmaceutical group’s COVID-19 vaccine with Oxford University after questions over its initial efficacy data.

and Italy’s Alitalia are launching the first ‘quarantine-free’ flights from the U.S. to Europe.

are down in premarket trading after a big runup late Wednesday as The Wall Street Journal reported that business software group Salesforce.com
CRM,

is in advanced talks to buy the communications platform.

Retailers are in the spotlight as Black Friday shopping gets under way, though it may be a smaller affair as deals are spread across the holiday season.

plans to lay off 32,000 workers, mostly at its theme parks as the pandemic continues to hurt its businesses.

Even if he leaves the White House, President Donald Trump said he would never concede an election victory to President-elect Joe Biden.

“On such matters, they would never protest; they are incapable of moving outside of their own little world of interests.” — That was Pope Francis taking aim at anti-mask protesters in his coming new book.

Need to Know starts early and is updated until the opening bell, but sign up here to get it delivered once to your email box. The emailed version will be sent out at about 7:30 a.m. Eastern.

How to manage your screen time during the lock...