Home > Business > These electric trucks are coming soon—here’s prices, how far they’ll go and how much they’ll tow

These electric trucks are coming soon—here’s prices, how far they’ll go and how much they’ll tow 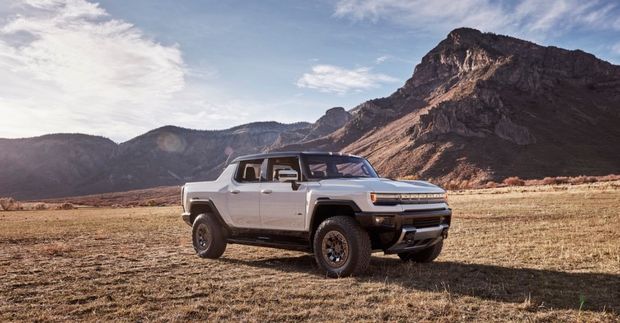 Electric trucks are coming and some are less than a year away. The most likely to hit in the very near future is the Hummer EV and Electric Ford F-150.

Here’s something to keep in mind when you see promises of fully electric trucks that can tow a billion pounds and deliver a 1,000-mile range. Some healthy skepticism is probably a good thing here. The likely candidates for building a successful all-electric pickup are those companies who have already been building trucks for a long time. It’s a much more reasonable proposition to use existing research, development, manufacturing, and sales resources to build an electric truck than it is to spool all that up from scratch.

Shoppers who plan to use their electric truck to frequently tow a trailer should also investigate the truck’s range. Ranges of 250 – 300 miles are common in electric cars today but towing a heavy trailer or hauling a huge load will reduce that significantly. Expect the towing range of an electric truck to be reduced by one-third to one half the stated range of an unloaded electric truck.

That being said, here are the electric truck that you’ll likely see on the road (and at your local dealership) within the next year.

already has extensive experience building both electric vehicles and trucks. That experience will result in a real-world battery-powered F-150 within the next 12 – 18 months. Given the popularity of the gasoline-powered F-150, an electric Ford pickup is the most likely all-electric truck to be successful and available.

How much will the Electric F-150 cost?

The Hummer name was recently revived after being discontinued in 2010. Now, it’s an all-electric model. Notable features include a removable roof, air suspension, crabwalk, a feature where the truck can move slightly sideways, and a reported 1,000 hp. GMC says the truck will be quick too, covering 0 – 60 mph in about 3 seconds.

More: What to expect from the Hummer electric pickup

How much will the Hummer EV cost? Early models will be a special edition version with virtually every feature you can think of, including the GMC Sierra’s multi-pro tailgate and special numbered badges. That version will be about $112,000. Eventually, the price should be closer to $80,000 for a base model

How far will the Hummer EV go on a single charge?

How much can the new Hummer EV tow?

When can I buy a Hummer EV?

This is probably the best-looking of all the coming EV pickups. It looks futuristic and traditional at the same time. And the interior is as nice as any Range Rover and even better than the Jaguar I-Pace. Rivian kind of bucks the trend of traditional automakers dipping into the electric truck market, it’s an all-new brand that claims production will begin in 2021. Like the Hummer EV, the Rivian is supposed to get from 0 – 60 mph in just three seconds. The company says it makes 754 horsepower. There’s also a Rivian SUV that looks very similar to the pickup.

How much does the Rivian R1T cost?

How far will the Rivian R1T go on a single charge?

How much can the Rivian R1T tow?

When can I buy a Rivian R1T?

This story originally ran on Autotrader.com.

Why Entrepreneurs Must Demand More From Health...