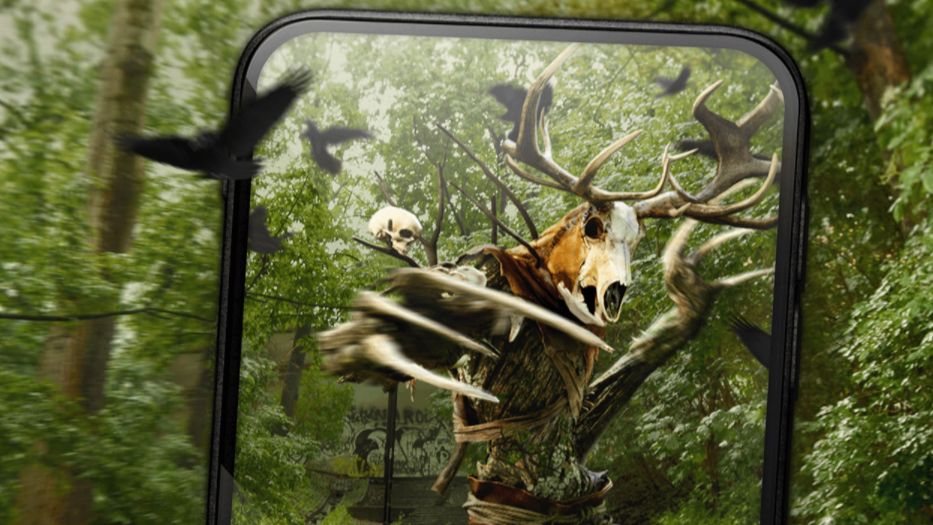 The best thing that happened in my two hours of walking around outside squinting at my phone to play The Witcher: Monster Slayer came in the first five minutes or so. In the opening tutorial quest, I investigated a monster attack that left a horse’s decapitated head lying on the ground. Except in my game, after I flicked on augmented reality to make The Witcher’s monsters appear in the “real” world on my phone screen, the severed horse head hovered a couple feet off the ground, embedded in a parking sign. If the AR feature were consistently that funny, it might’ve saved Monster Slayer from being such a boring and disappointing use of the Witcher setting.

The Witcher: Monster Slayer is a Pokémon Go knock-off that pushes you to venture out into the world to fight creatures from The Witcher’s fantasy world on random street corners. For the most part this means manically swiping your finger across your phone screen to swing a sword. I’ll charitably say that it has a little depth because you can swipe quickly for fast attacks or slowly for strong ones.

But I’d honestly rather play Fruit Ninja. At least the fruit splits in half in a fun way when you chop it; Monster Slayer’s monsters mostly just stand there as you swipe away.

There is more to Monster Slayer overall: There’s a thin story to give some structure to your afternoon walk, and you can collect and craft potions, oils and bombs to use in combat against particular creatures. There’s a simple level-up system for increasing your stats to deal slightly more damage and eventually unlock more magical signs to attack with. Monsters have certain vulnerabilities you can learn to fight them more effectively. Basically, Monster Slayer takes lots of things I like from The Witcher 3 and puts them in a game that I have no interest in actually playing.

Swiping my finger on the screen as quickly as I can isn’t fun. It’s tedious, and seems poorly designed for Android phones like mine which have gesture navigation enabled by default. Several times I swiped too close to the side of the screen and minimized the app. Other times it just crashed on me in the middle of combat, which was also annoying but at least didn’t feel like my fault.

Monster Slayer is just a poor mash-up of ideas. Pokémon Go works because there’s something cute and a little magical about the idea of catching Pokémon out in the real world. Running into nekkers and grave hags on the street and stabbing them to death is just kinda… gross.

The bigger issue is that catching and training Pokémon is the entire point of the Pokémon series. Even if Pokémon Go is a lighter RPG than the real deal, it captures the essence. Slaying monsters might be Geralt’s job, but it’s not why I play The Witcher; it’s the time-filler between the great bits of story I actually care about. Monster Slayer is a game all about that filler, dumbed down into a bland mobile combat system. It makes me retroactively appreciate The Witcher 3’s combat more. The longer I spent walking around looking at my phone, the more I realized I’d have a better time just looking at the world around me.

Based on the simplicity of the story’s first couple hours and the amount of time I spent swiping on monsters—or just walking long, empty blocks to find more—I can’t imagine it giving anyone good reason to stick around.

Within the first half-hour, Monster Slayer popped up a window trying to get me to buy equipment with real money, and acquiring the coin to earn those items in-game sure seems like it’s going to be a long grind. I don’t see any compelling reason to find out exactly how long. If killing monsters is all you’re after, I’d recommend the free, much more fun Witcher DLC for Monster Hunter: World. You’ll get some new Geralt one-liners, and it won’t bug you to make an in-app purchase.