The Wayward Realms, the RPG from former Elder Scrolls devs, is ‘several more years’ away 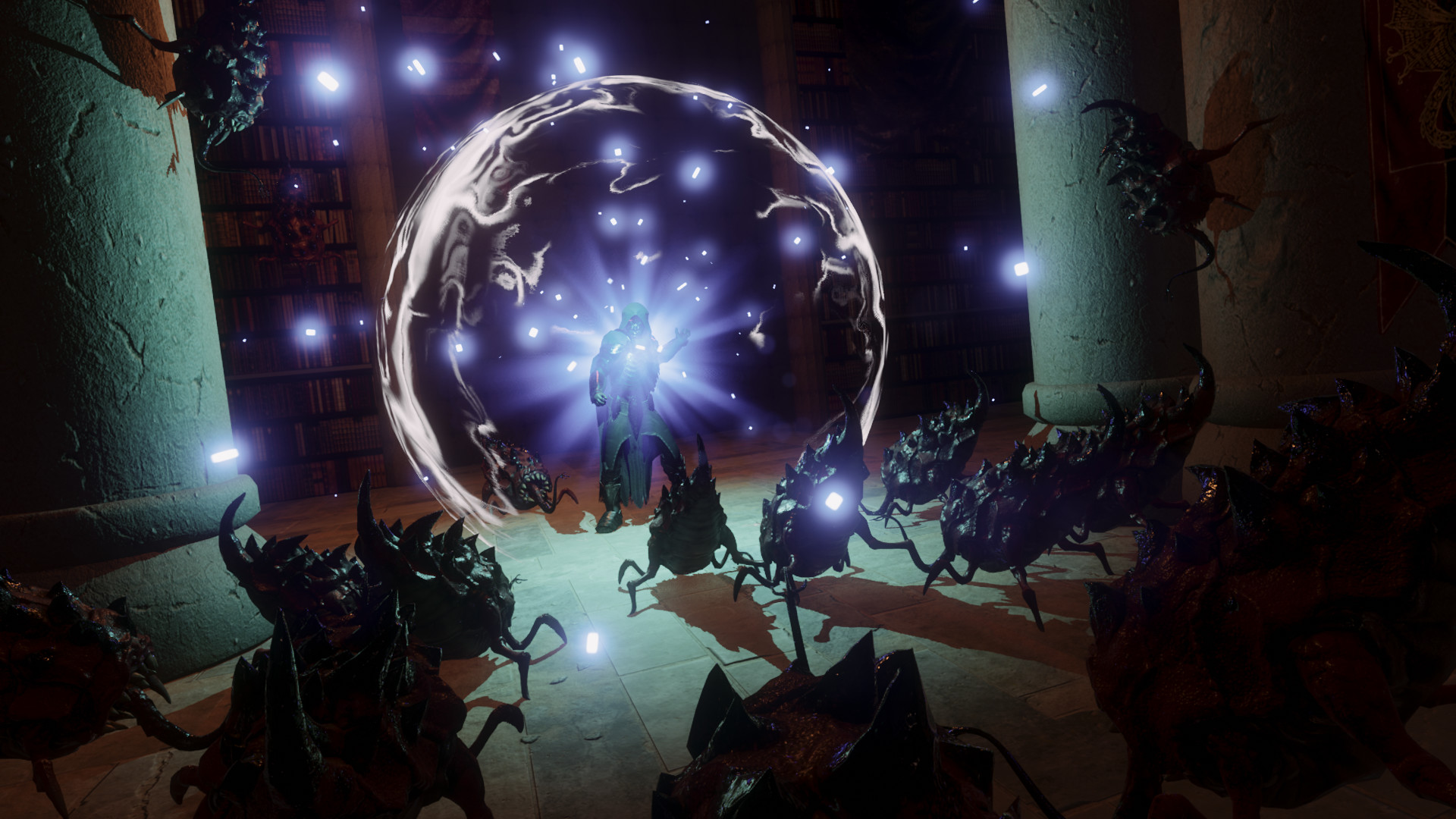 OnceLost Games, the studio formed by former lead developers of the original Elder Scrolls games, has announced its new RPG: The Wayward Realms. The singleplayer RPG is set in an open world consisting of over 100 islands called The Archipelago “where scores of factions vie for influence and power.” Players won’t be bound to specific character classes but can make their own with “customized skills and abilities” and the world will react differently to “a socializing aristocrat, a thief entrenched in underworld conspiracies, a scholar collecting ancient artifacts, or whatever role you craft for yourself.”

That all sounds great to us. Unfortunately, for those eager to get their hands on the open world RPG, The Wayward Realms is most likely still several years away.

On Twitter, OnceLost Games has been busy replying to questions from curious fans, and one of those questions was about when the new RPG might see the light of day. The developers aren’t even ready to pin down a year.

Still too early to tell, sorry. It will probably be several more years.August 2, 2021

“Still too early to tell, sorry,” reads the response from the studio. “It will probably be several more years.”

“We are not in a hurry, which is very painful for some folks, we know,” reads another response, “but we do want to deliver on our ambitions.”

In another tweet, the studio says “We are not in full production yet, but we have been working on implementing systems and building assets.” The teaser trailer, which shows a very large and heavily armored Ork riding a horse through a dark wood before coming upon a vista showing multiple moons over the horizon, is pre-rendered and doesn’t show any gameplay.

OnceLost revealed a bit more information about The Wayward Realms in other responses on Twitter. It’s mainly a first-person game but it’s also planning on supporting a third-person perspective (much like The Elder Scrolls RPGs do). The game won’t be entirely voice-acted, and will “be mostly text for dialogue.” The developers hope the game will eventually be available on console but PC is the focus at the moment. “With the hardware of the new generations and Unreal making it easier to port, it is a good possibility, but no promises,” the studio tweeted.

On the plus side, since it’s taking place on a series of islands, OnceLost says there will be pirates in the game, and who doesn’t love pirates? And if you think werewolves are a little played out, The Wayward Realm will contain wereboars. That’s something you don’t see every day.

We have already announced the return of the wereboar, and we will have a couple of others, at least. pic.twitter.com/fTj6GcEEA1August 3, 2021