Home > Gaming > The Trip to Greece review: Steve Coogan and Rob Brydon have a final hurrah

The Trip to Greece review: Steve Coogan and Rob Brydon have a final hurrah 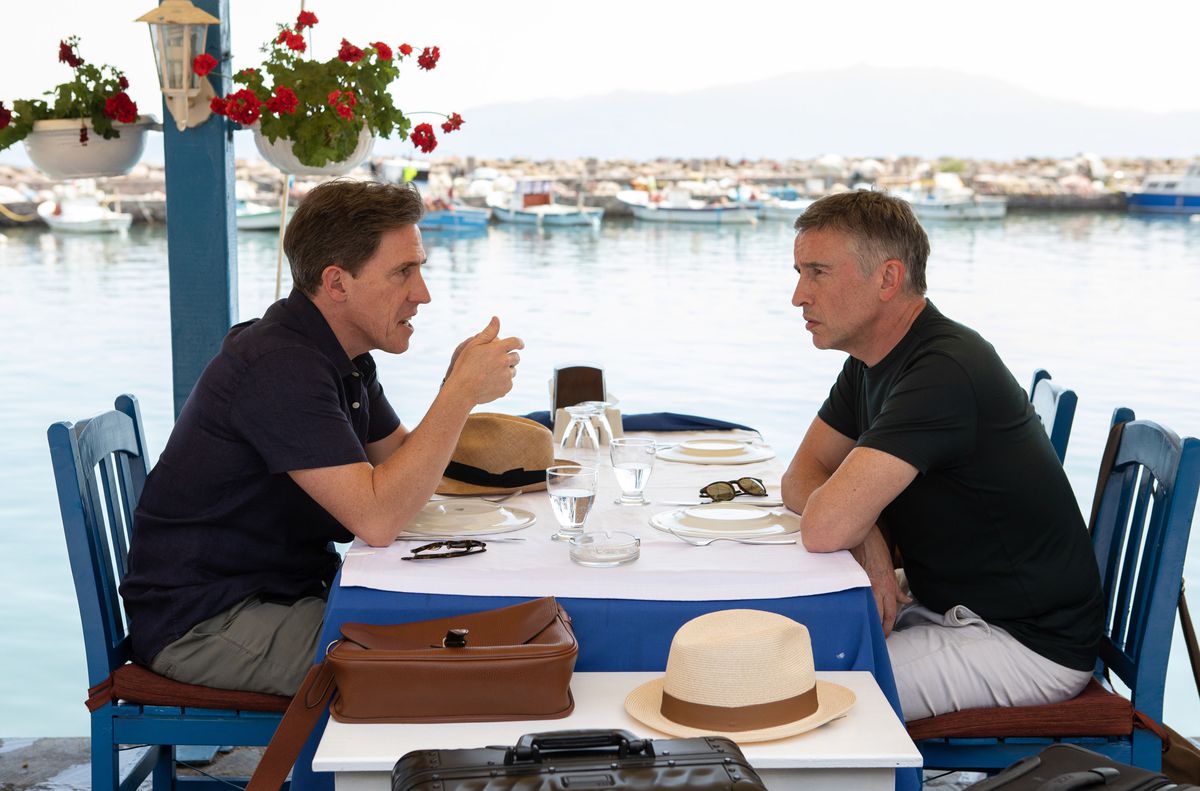 It’s tempting to describe Steve Coogan and Rob Brydon’s Trip movies and shows as comedies. After all, the basic premise is that Coogan and Brydon, playing exaggerated versions of themselves, go on restaurant tours, one-upping each other the entire way via competing impressions of other celebrities, and jokes that become increasingly barbed. Their impressions of Michael Caine took on such a life of their own that in 2014, the two men were invited to perform at a night celebrating Caine at Royal Albert Hall.

But there’s more to the series than just jokes. Through 2010’s The Trip, 2014’s The Trip to Italy, 2017’s The Trip to Spain, and the new, purportedly final installment, The Trip to Greece, director Michael Winterbottom and his two stars have crafted a series that defies any single label.

After three trips together, Coogan and Brydon slip into a fourth with ease, as if they’d never left. This time around, they’re set to retrace Odysseus’ footsteps, going from Troy to Ithaca. At first it seems like business as usual, as the pair get to riffing immediately. But the passage of time changes all things, including Coogan and Brydon, and it’s been a decade since they first toured the north of England.

Four installments of the series have allowed a sense of intimacy to grow between the two men. Beyond the fact that Coogan and Brydon’s fictionalized selves seem transparent enough to be real — they air their petty grievances with no apparent regard for the cameras, and Coogan can’t seem to stop mentioning the BAFTA awards he’s won — four movies’ worth of companionship create a sense of camaraderie with the audience. It’s the same kind of emotional investment that people get out of, say, the Marvel cinematic universe, or a beloved TV series. (The film versions are edited together from six-episode seasons that air on British TV.)

While it’s true that The Trip to Greece will be most rewarding for those who have followed Coogan and Brydon since the beginning, it still stands well enough on its own. The gauntlet thrown at Coogan feels emotionally powerful without any past setup: as he travels, he receives updates on his father’s failing health, but he doesn’t share that with Brydon. Oblivious, Brydon keeps making jokes and ribbing Coogan, as Coogan wrestles with whether he ought to return home.

The pall of death automatically makes The Trip to Greece a more somber affair than its predecessors, but doesn’t make it devoid of fun. Coogan has personal matters on his mind, but he still goofs around with Brydon, and if anything, their rapport seems even more genuine. The barbs they fire at each other seem more in good fun than in malice, and they often can’t resist laughing at jokes made at their own expense.

As in life, tragedy and comedy aren’t mutually exclusive. The only constant is the need for some reassurance that we aren’t alone in the world, which Coogan struggles with as he might be on the verge of losing a parent, and which Brydon acts upon by inviting his wife, who sat out every other trip, to join him on the last leg of his current journey. Even the interstitial scenes, which in the previous movies included a re-creation of a scene from The Godfather, are grimmer this time out. (And since they’re in black and white, they evoke Ingmar Bergman’s The Seventh Seal more than they echo any past comedy, with intense close-ups on Coogan’s features and eerie, dark-robed figures cropping up in the background.)

Throughout the series, Winterbottom has offered his stars more space to take a breath and reflect on basic, emotional human necessities, and The Trip to Greece is the most ponderous installment of the bunch. Moments of silent contemplation abound, bookended by the two men singing in an echoing cavern, and Brydon making Grease/Greece jokes. The film also ends with the biggest breath yet. The Trip to Greece is meant as the final installment of the series, but Winterbottom concludes it on an open note. The Trip may be over, but the journey was memorable.

The Trip to Greece is available on VOD now.