Home > News > ‘The oily guy is back’: Internet reacts to Tonga flag bearer at Tokyo 2020

‘The oily guy is back’: Internet reacts to Tonga flag bearer at Tokyo 2020 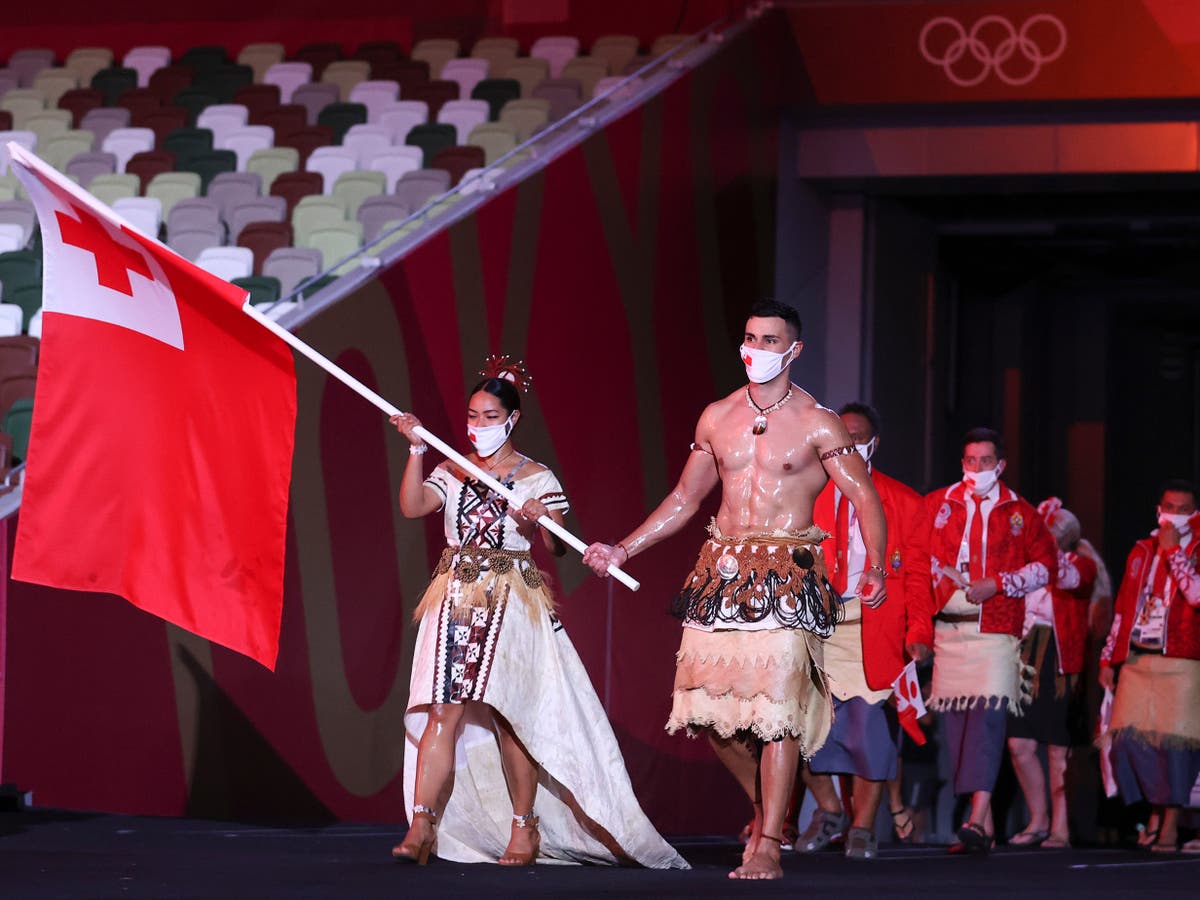 A flag bearer representing Tonga has sparked reactions of delight and surprise on social media during his appearance at the Tokyo Olympics 2020 opening ceremony.

Pita Taufatofua and his well-oiled physique first became known during the Rio Olympics 2016. He also made his now-famous shirtless appearance at the 2018 Pyeongchang Winter Games.

The 37-year-old athlete walked out during the parade of athletes in Tokyo on Friday wearing traditional clothing from the Pacific Island, a hid ta’ovala wrapped around his waist.

BBC commentators Clare Balding and Alex Scott also noted his return to the games during their coverage of the ceremony. As Taufatofua walked, Balding said: “The coconut oil has been out once again.”

On Twitter, many celebrated his shiny appearance on their screens and welcomed him back.

One person wrote: “Oily Tongan bro is back. Everyone just pack it in and award him the gold.”

Another said: “It’s not the summer Olympics without the oily Tongan.”

Others appreciated his physique, with one person commenting: “Tonga greasing down their shirtless flag bearer again. Tonga knows what the people want. We want oily beefcakes.”

Taufatofua is a flag bearer as well as an Olympian, having previously competed in taekwondo at Rio and cross-country skiing in Pyeongchang. He will once again compete in taekwondo in the men’s 80kg round of 16 on Tuesday.

He also met Prince Harry and Meghan Markle that same year, when the Duke and Duchess of Sussex visited Tonga as part of their tour.

Taufatofua was introduced to the couple during an official reception and dinner at the Consular House. He told Cosmopolitan Harry made a joke about his Olympic appearance, and saif: “We had a laugh about the oil. It was all in good fun!”