‘The Office’ editor says Stanley had the best reaction shots 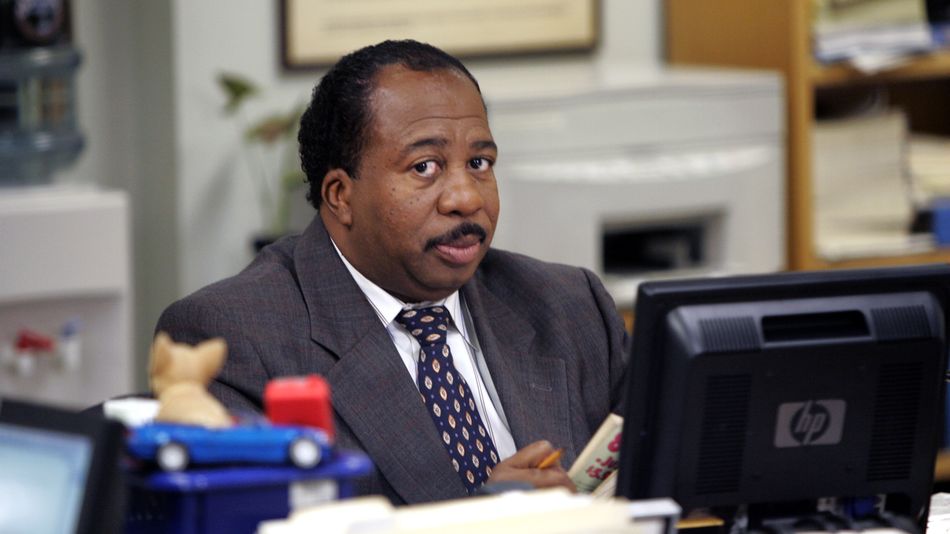 Have you ever wondered which actor gave the best reactions on The Office? The obvious assumption would be John Krasinski, king of staring into the camera. But according the show’s editor, Dave Rogers, Krasinski wasn’t the go-to reaction shot guy.

On the latest episode of the , former co-stars Jenna Fischer and Angela Kinsey revisited early episodes of Season 3 and did an even deeper dive into the series. (They’re calling these types of episodes “Second Drinks” as a nod to Pam’s melted ice/second drink revelation in “The Dundies.”)

Fischer and Kinsey chatted with The Office editor Dave Rogers about working on the show for nine seasons. And in addition to dropping some serious behind-the-scenes knowledge about cutting episodes and choosing the theme song, Rogers shared which cast members gave the best reaction shots.

“I loved, I loved going to Leslie,” Rogers said. “Any time I can get, you know, Stanley giving an eye roll. You know, that was always fantastic.”

The magic of reaction shots

Since the show wanted to stay as true to the documentary formatting as possible, reaction shots became crucial parts of filming. And in certain cases, Rogers felt that the subtle on-screen character reactions made scenes even better.

“We would do this kind of thing that started — we wouldn’t do it too often at first — where somebody would say something and camera would push in a little. Then they’d say something again to camera [and it] would push in a lot,” Rogers explained. “And it was like, wait, nothing has, you know, substantiated it. Like it hasn’t earned this in this scene.”

However, Rogers recalled a scene where the camera pushed in on Kevin and wound up cutting out a priceless Angela reaction.

“He’s saying something funny, but her reaction is equally as funny, if not even funnier, and it enhances the whole scene.”

“…[Kevin] said something offensive and the camera pushes in, but it like cropped Angela out. And I was like, ‘Whoa, whoa, whoa.’ And luckily there was another take where it didn’t. And it’s like…you want to see Angela’s reaction. She’s standing there reacting. It wasn’t even so much of a payoff as a bonus,” Rogers said. “Do you know what I mean? Like, his line was funny, but to see her actually cringe from it in real time, like…we don’t want to lose that kind of thing on the show.”

After Rogers noticed that Angela’s reaction shot was almost lost, he showed the camera crew several examples of great reaction-grabbing scenes and asked them to be aware of it when filming.

“A lot of times when you have two people on the same plane, we don’t want to lose, you know, what other people are doing, because reacting is acting. We’re getting some gold here,” he continued. ‘…He’s saying something funny, but her reaction is equally as funny, if not even funnier, and it enhances the whole scene.”

So now that you know Rogers played a big role in establishing some of your favorite reaction shots, let’s talk about the fact that he cut 21(!!!) different versions of the show’s intro to help choose the best theme song for The Office.

When discussing how showrunner Greg Daniels loved collaborative decision making, Rogers said, “I don’t know if you guys remember the main title music, but [Daniels] went out to the cast. He’s like, ‘Hey, pitch songs!’ So everybody pitched songs. And then it got narrowed down. I had to cut like 21 different versions of the main title.”

“It wasn’t like I could just lay the song in. I had to cut the picture to the song,” Rogers explained.

Though the team ultimately decided on the first song submitted by a composer, which we all know as The Office theme today, he said there were some other genuinely good options.

“John Krasinski, I remember, he had a good song by Sloan that was almost, you know, that was a contender. I mean there were a lot of, a lot of good songs,” Rogers said. And Kinsey pitched “Float On” by Modest Mouse, but sadly the CW already had the rights to the song.

Be sure to listen to the full podcast episode for more behind-the-scenes stories from show editor Dave Rogers.

You can stream episodes of and follow along with the podcast every week on , , or .

‘They Have Not Legitimately Won’: Pro-Trum...