Home > Business > The delta variant is more than twice as contagious as previous strains of the virus, federal health officials say, as they urge vaccinations

The delta variant is more than twice as contagious as previous strains of the virus, federal health officials say, as they urge vaccinations 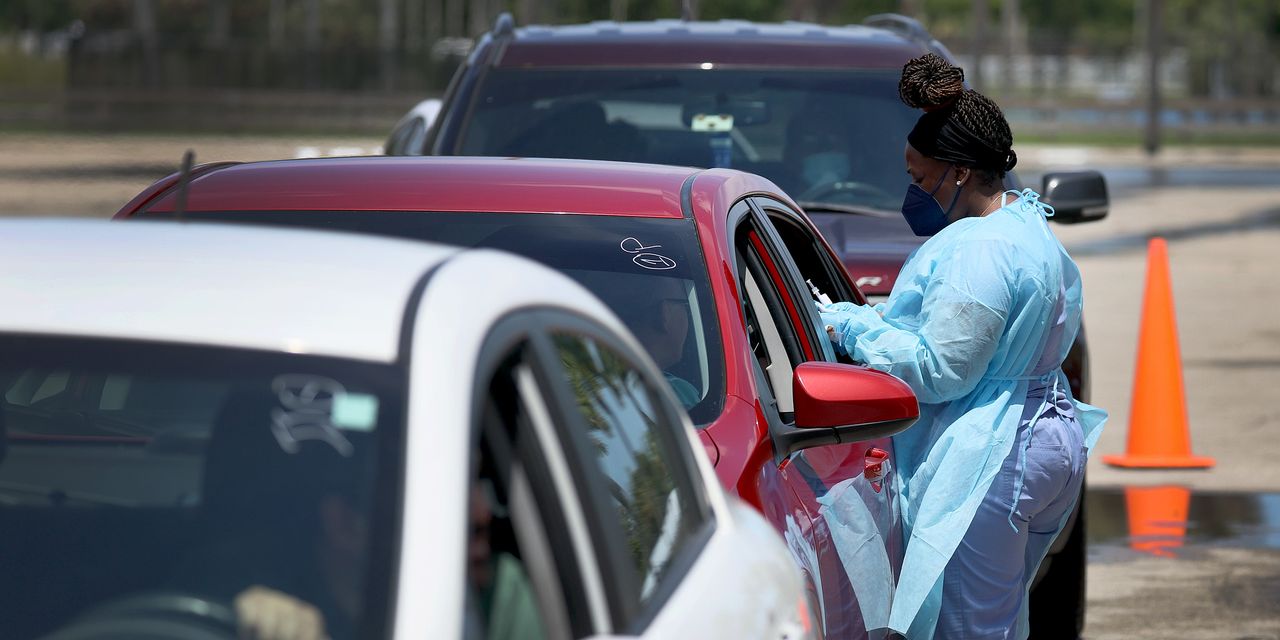 Federal health officials struck a serious tone on Monday, once again urging Americans to get vaccinated and calling on more employers to require COVID-19 vaccines.

“We remain concerned about the continued rise in cases, driven by the delta variant,” Jeff Zients, the White House’s COVID-19 response coordinator, told reporters during a White House briefing on Monday. “These cases are concentrated in communities with lower vaccination rates.”

The seven-day moving average is 72,000 COVID-19 cases per day, 6,200 hospital admissions per day, and 300 deaths per day, as of July 31, according to data from the Centers for Disease Control and Prevention.

All metrics have increased at least 25% week-over-week, as the more infectious delta variant spreads throughout the U.S.

“The delta variant is highly contagious,” CDC director Rochelle Walensky said during the briefing. “To put this in perspective: if you get sick with the alpha variant, you could infect about two other unvaccinated people. If you get sick with the delta variant, we estimate that you can infect about five other unvaccinated people — more than twice as many as the original strain.”

The variant is more concerning than past strains of the virus for several reasons. It can infect more people, as Walensky pointed out. People who get infected with this strain have higher viral loads. And it has been able to “break through” the strong protection provided by Pfizer Inc.
PFE,

mRNA vaccines in a very small number of vaccinated people.

The CDC published data on Friday that found 74% of 469 infections in an outbreak in the Cape Cod and Provincetown region were in people who were vaccinated.

“While vaccinated people can spread the virus if they get a breakthrough infection, the odds of them getting sick in the first place are far lower than those who are unvaccinated,” Walensky said. “In fact, places with more vaccination generally have less disease.”

Although the new data from the Massachusetts outbreak helped inform the CDC’s new guidance calling for indoor mask-wearing in many parts of the country, including among the vaccinated, the primary worry right now is for unvaccinated Americans.

Seventeen percent of cases from the past week occurred in the seven states with the lowest vaccination rates in the U.S., and one out of three COVID-19 cases occurred in Florida and Texas over the past week, officials said.

However, the overall national vaccination rate is increasing. More than 3 million Americans have received a first shot of a COVID-19 vaccine in the past seven days. At least 49.7% of people in the U.S. have now been fully vaccinated, and 70.0% have received one shot, as of Monday, according to the CDC.

The federal approach to vaccination has had several prongs. It was first driven by the eager, then by incentives, and now, increasingly, by mandates to come.

Several vaccine mandates have been announced or are being developed for health-care workers at Veterans Affairs, the military, federal government workers and federal contractors. A number of companies including The Walt Disney Co.
DIS,

Google have also announced vaccine mandates for their workforces.

“This requiring of individuals to be vaccinated in order to come back to work or to go back to school is a growing trend, and it makes a lot of sense given that we’re going to beat this pandemic by getting more and more people vaccinated,” Zients said.