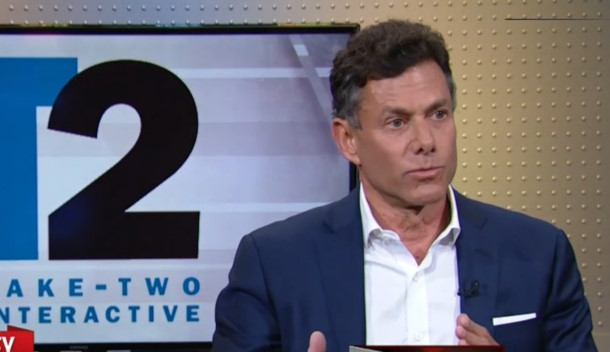 Today was a big day for virtual reality. The Oculus Quest 2 VR headset was officially revealed, Ubisoft confirmed that new Splinter Cell and Assassin’s Creed VR games are in the works, and Electronic Arts announced that Medal of Honor: Above and Beyond is coming on December 11, and will be multiplatform. Several others, some new and some updates to existing games, were also announced.

One game industry executive who doesn’t share that enthusiasm, however, is Take Two Interactive CEO Strauss Zelnick. Asked about he potential impact of cloud gaming, and Stadia in particular, he said in an interview with Protocol that “any new distribution vehicle that offers high-quality, efficiency and a reasonable price is good for our business,” but also used VR as a cautionary tale about getting too caught up in the hype.

“There was all this hype for years about VR, and I wasn’t very compelled by that,” Zelnick said. “Thankfully, as a result, we didn’t waste any money on it.”

He expressed similar doubts about the impact of cloud gaming, saying that he suspects “it will not be transformative.”

“There were some parties who were saying there are 130 [million] to 140 million current-gen consoles out there. There are billions of PCs out there,” Zelnick siad. “You know, if you can make in a frictionless way console video games available to everyone who has a PC or a tablet or a phone, then your market size automatically would be 20x just mathematically.”

“Of course that doesn’t make any sense at all. Because the implication is you are super interested in video games but you were just unwilling to buy a console. I mean, I’m sure there were people like that, but if they are so interested that they want to pay $60 or $70 for a front-line title, it’s hard for me to believe they were unwilling to spend $250 on a console to be able to do it ever in their life.”

Compounding that problem further is the age-old difficulty of infrastructure: “You may be out on the cloud, but if they’re on a phone line, they won’t be able to avail themselves of what you’re distributing,” he said.

It’s a bit unexpected to see the head of a major videogame publisher declined to embrace what’s widely heralded as the next big technology, but to Zelnick’s credit he does have  pretty solid record at the head of Take-Two. Its biggest games are both Rockstar series—Grand Theft Auto and Red Dead Redemption—but it’s also had considerable success elsewhere: In Q1 results for the 2021 fiscal year the company cited NBA 2K20, Borderlands 3, Civilization 6, the WWE series, and The Outer Worlds—along with GTA5 and RDR2, naturally—as the largest contributors to the quarter, in which the company earned a record-setting $831.3 million.

The hype around the recent Xbox One and PlayStation 5, and the relatively muted response to Stadia, is also telling. Cloud gaming may one day be as ubiquitous as Steam, but the excitement surrounding the next generation of consoles suggests to me that we’ve got a long way to go before we get there.

The Genshin Impact subreddit is a wild mix of ...

The White House is 'monitoring the situation' ...