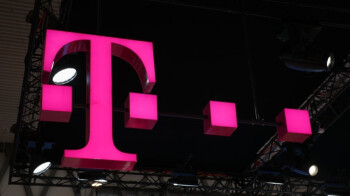 When T-Mobile hired John Legere in 2012 as CEO, the executive was looking for a way to stand out among rivals like Verizon, AT&T, and Sprint. Instead of wearing a pinstriped suit with a crisp white shirt and tie, Legere, who wore his hair rock star length, came to work wearing a magenta T-Mobile t-shirt, sneakers, and a T-Mobile jacket. He also made fun of the competition calling Verizon and AT&T “Dumb and Dumber” after the movie by the same name.

With Legere gone, T-Mobile no longer needs to taunt its rivals

Every holiday season, Legere would release a video making fun of his two main rivals such as 2016’s take off of the Christmas Carol. In this video, Verizon is Scrooge and when he is awakened by a shadowy figure he asks, “Are you the ghost of Christmas future?” The figure turns around and reveals himself to be Legere who says, “No dumb-ass. I’m the future of wireless.”

The next year’s video was a blatant take off of those stop-action animation Christmas classics found on television every year such as Frosty the Snowman. As usual, T-Mobile and Legere are the good guys while “Dumb and Dumber” are evil. Perhaps the best holiday video was the one released in 2015 when classic Christmas songs were given new lyrics in order to attack “Dumb and Dumber.”

Legere left T-Mobile after turning the wireless provider from the fourth largest in the states (or dead last) to second behind only Verizon. His departure coincided with the closing of T-Mobile’s purchase of Sprint giving it control over the latter’s mid-band 2.5GHz spectrum allowing the carrier to be considered as the early favorite in the battle over U.S. 5G leadership.

With Legere’s former right-hand man Mike Sievert now running the show, T-Mobile hasn’t missed a beat. But one change is coming according to Reuters. The wire service says that T-Mobile will no longer try to generate a buzz by making fun of its rivals. The truth is that T-Mobile no longer needs to act so big to attract subscribers. The company continues to generate great earnings every quarter and recently announced its second quarter numbers.

T-Mobile’s latest goal is to beat out its rivals in the stock market, something that it is doing quite easily. Since Sievert took over from Legere, T-Mobile’s stock has risen 70% while both Verizon and AT&T have declined by 4% during the same time period. Researcher Maribel Lopez explains the changes that have been made by T-Mobile now that it is no longer an underdog.

Lopez says, “Legere made it sexy, he was bombastic, he was taking on everyone as the un-carrier, and then we come out on the other side of that. At this point it’s about positioning as an equal. That’s a different kind of corporate personality.”

Hey, here’s a interesting bit of trivia for you T-Mobile fans. CEO Sievert was in the same high school class as Brian Warner. Who is Brian Warner you ask? Perhaps you know him better by the name he uses to perform under, Marilyn Manson. Sievert says, “While we did grow up in the same small town, I guess we took rather different paths coming out of Canton, Ohio.”

Speaking of different paths, Kevin Roe of Roe Equity Research explains the difference between Legere and Sievert. “Stylistically, Sievert is obviously not Legere,” Roe says. “The latter’s antics were good entertainment value, but he was more of a sideshow. A brash CEO is not necessary to deliver success.”