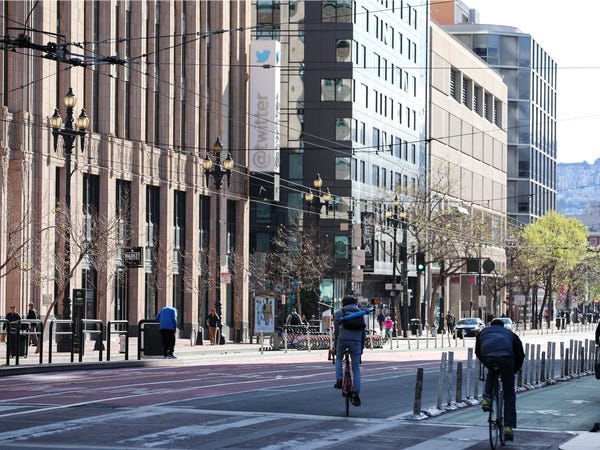 An “urban flight” could take off from the San Francisco Bay Area due to the COVID-19 pandemic. But some tech workers rooted in San Francisco may not be headed too far, according to one new study.

Data analytics firm Moody found that San Jose, about 50 miles to the south, is among the best-poised cities in the US to welcome an influx of residents fleeing crowded areas in a post-coronavirus future as The Mercury News reports. The firm analyzed the top 100 metro areas in the US that have well-educated and widely distributed populations. Joining San Jose on the list is Durham and Raleigh in North Carolina, Salt Lake City, and Boise, Idaho.

The pandemic has caused many to rethink their urban lifestyles in expensive cities as employers increasingly embrace work from home policies. Some are also skittish about remaining in dense environments that have proven to be the perfect breeding ground for the spread of an infectious disease such as COVID-19.

The researchers behind the Moody study suggest that less dense areas with established professional sectors could benefit from the expected exodus away from crowded cities, including San Francisco and Los Angeles, as The Mercury News points out.

It’s worth noting that many of the same issues that have plagued San Francisco — such as a housing shortage and a subsequent rise in living costs — are also present in San Jose. But the South Bay city is much less dense than its cousin to the north.

San Francisco is a city of walkers and cyclists. San Jose is more suburban-like and car-friendly.

“Silicon Valley is nobody’s idea of an up-and-coming area,” the study’s author, Adam Kamins, told Forbes. “But there is a notable contrast between the San Jose metro area, with its sprawling tech campuses, and tightly packed San Francisco.”

Many who work in the South Bay have opted for apartments in San Francisco to be closer to the city’s desirable amenities like museums and a colorful restaurant scene. Tech companies have turned to private shuttles to ferry employees from their urban apartments to the sprawling corporate campuses in the heart of the Valley.

Some firms have looked past the Valley and into San Francisco to set up shop to cater to a young workforce. Salesforce, with its 61-floor, gleaming glass skyscraper, is an example of that. Twitter and Uber did the same, leading the charge on big tech’s foray into San Francisco by planting their headquarters in the city’s mid-Market neighborhood around 2011.

San Jose, according to the study, may be a desirable city to relocate to, but other surveys suggest that tech workers want to leave the Bay Area altogether. As Business Insider’s Rob Price reports, social networking site Blind conducted a survey of thousands of techies in the region, two-thirds of which said they would consider leaving the Bay Area if their employer allowed them to permanently work remotely.

Tech employees were already growing weary of life in the expensive region, and droves of workers had begun taking off for cheaper cities, including Austin, Texas.

We first need to understand how the brain work...