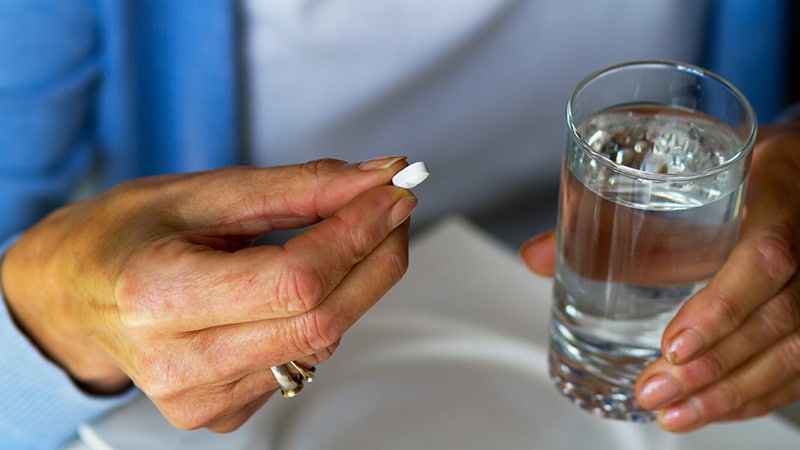 Those guidelines are based on old randomized trials of beta-blocker therapy conducted prior to introduction of routine percutaneous coronary intervention and modern multidrug optimal medical therapy for acute MI. There have been no prospective controlled studies in the reperfusion era. And a new Danish national observational study strongly suggests it’s time to reexamine the beta-blocker recommendation, Anders Holt, MD, said at the virtual annual congress of the European Society of Cardiology.

“Stable, optimally treated MI patients do not seem to benefit from beta-blocker treatment exceeding 3 months post hospitalization — bearing in mind this doesn’t apply to patients with other indications for beta-blockers, like heart failure or atrial fibrillation,” said Dr. Holt of Copenhagen University Hospital.

His analysis of Danish national registry data on more than 30,000 patients hospitalized for acute MI during 2003–2018 earned him the annual ESC Young Investigator Award in Population Science.

“This was a crisp and clear presentation of a very creative use of observational epidemiology to try to understand the length of therapy that may or may not be appropriate,” commented award session cochair Paul M. Ridker, MD, director of the Center for Cardiovascular Disease Prevention at Brigham and Women’s Hospital and professor of medicine at Harvard Medical School, both in Boston.

Dr. Holt reported on 30,177 patients optimally treated for a first MI in Danish hospitals during 2003–2018, none of whom had a prior indication or contraindication for beta-blocker therapy. “Optimally treated” meant they underwent percutaneous coronary revascularization and were discharged on a statin and aspirin. As a study requirement, all had to be stable 90 days post hospitalization, at which point 24,770 of the patients were on long-term beta-blocker therapy, and 5,407 (18%) were not. The two groups were comparable in terms of age, sex, comorbidities, and baseline medications. All patients were followed through the registries for a maximum of 3 years, the duration of beta-blocker therapy post MI recommended in American Heart Association/American College of Cardiology guidelines. (The Danish Society of Cardiology recommends 2 years.)

At 3 years post MI, there was no between-group difference in a composite outcome comprising cardiovascular death, recurrent MI, heart failure, stroke, angina, or a cardiac procedure, with a rate of 22.9% in the beta-blocker group and 21.6% in patients not on long-term beta-blocker therapy. The rate of recurrent MI was identical at 6.7% in both groups. Cardiovascular death occurred during 3 years of follow-up in 1.4% of patients on beta-blocker therapy and 1.7% who weren’t, a nonsignificant difference.

“We saw no evidence of any cardioprotective effect, but no increased risk of adverse events resulting in hospitalization, either,” Dr. Holt observed. “I would like to acknowledge that no evidence of effect does not necessarily equal evidence of no effect, but even if there was an effect we can with fair certainty say that it’s probably quite minimal.”

He noted that the Danish registry data indicates that each year since 2012 has shown a growing trend for Danish patients to dispense with long-term beta-blocker therapy after an acute MI.

“This might indicate we are nudging toward a change in practice, where more physicians are thinking that long-term beta-blocker therapy might not be indicated for all MI patients in the reperfusion era,” according to Dr. Holt.

Asked by the four-judge award panel about the possibility of unmeasured confounding in this observational study, Dr. Holt responded: “I would be very cautious about asking patients to stop beta-blocker therapy after 3 months just based on this observational data. We can’t speak to causality in an observational study.” But he added that “well-designed observational studies provide valuable data regarding this topic and should not be ignored. They should possibly influence the guidelines and the designs for upcoming randomized trials.”

He conducted several supplementary analyses designed to address the possibility of unevenly distributed unmeasured confounding in the registry study. These analyses proved reassuring. A positive exposure control analysis compared 3-year outcomes in patients who remained on long-term statin therapy and those who didn’t. As expected, outcomes were significantly better in those who did: a 3-year composite outcome rate of 22.1%, compared with 32.1% in patients not on a statin; a cardiovascular death rate of 1.3% with and 2.1% without statin therapy; a recurrent MI rate of 6.6%, compared with 10.1% without a statin; and a 2.8% all-cause mortality with and 5.4% without statin therapy.

In contrast, all-cause mortality was unaffected by whether or not patients were on long-term beta-blocker therapy. And in a negative exposure outcome analysis, no association was found between beta-blocker therapy and the risk of hospitalization for pneumonia, as to be expected if the beta-blocker and no-beta-blocker groups were comparable in key respects.

Dr. Holt reported having no financial conflicts regarding his study.

This article originally appeared on MDEdge.com.