Home > Technology > Stricter Rules for Unvaccinated Americans Flying Back to US: White House

Stricter Rules for Unvaccinated Americans Flying Back to US: White House 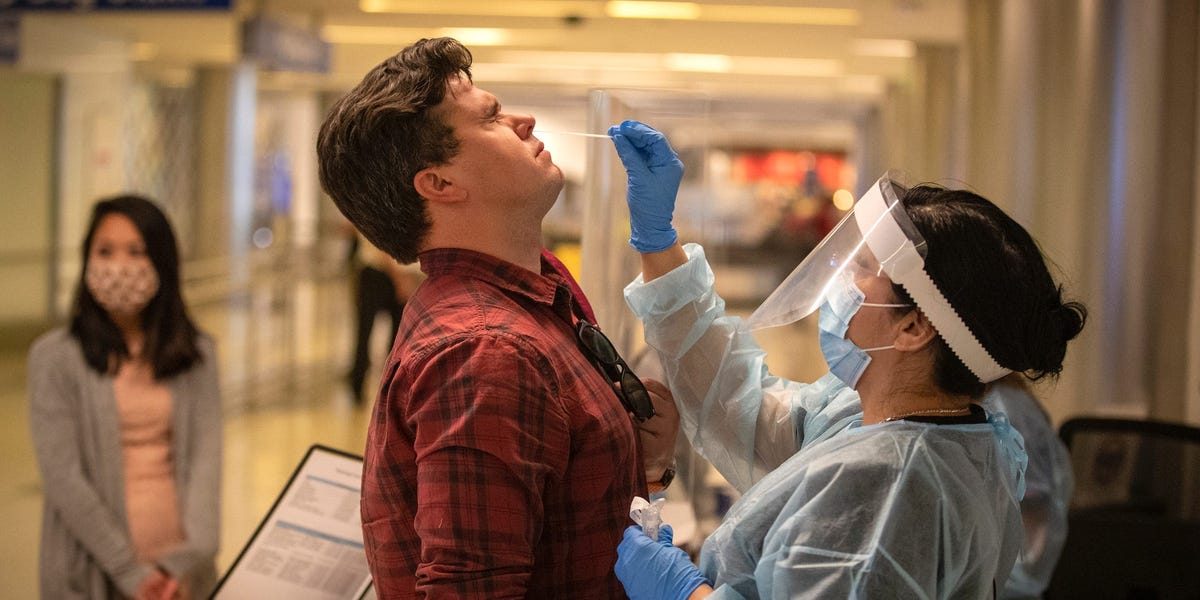 Unvaccinated Americans abroad will have to test negative for COVID-19 within a day of their return flight to the US, rather than within three days, under new rules coming in November, the White House press secretary said Monday.

Jen Psaki said in a briefing that unvaccinated Americans flying home would need “proof of a negative test result taken within one day of their departure,” as well as proof they have bought a “viral test” to take when they get to the US.

The rules would “obviously apply to children as well,” she said.

Current Centers for Disease Control and Prevention (CDC) rules state that all air passengers coming to the United States, including US citizens and vaccinated people, must have a negative COVID-19 test within 72 hours of their flight, or proof that they’ve recovered from COVID-19 in the past three months.

Some of the details of the upcoming November rules remain unclear, such as what kind of tests passengers would need to prove they have bought, and whether the new rules apply to partially vaccinated people. Psaki said there were ongoing “discussions” about how the new process would work.

The CDC has advised against international travel for unvaccinated Americans since January.

The announcement came as the White House said it expected to ease the travel ban for vaccinated travelers from Europe and the UK. The ban has been in place since March 14, 2020.

Some airlines worldwide have already mandated vaccines for flyers. Alan Joyce, chief executive officer at Qantas, said on September 9 that the airline would only allow vaccinated people to board its flights.

It’s not yet clear whether the White House will introduce vaccine mandates for domestic flights.

Dr. Anthony Fauci, President Biden’s chief medical adviser, said Sunday that the Biden administration had “not yet gotten to the point of requiring vaccinations on domestic flights, but everything is on the table.”

“I would support that if you want to get on a plane and travel with other people then you should be vaccinated,” he said.