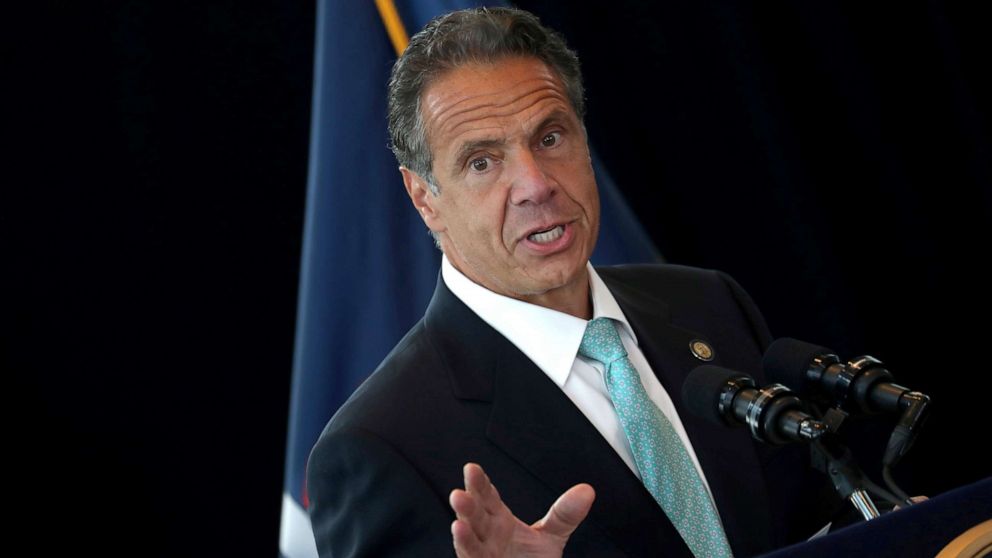 A growing number of New York lawmakers are calling for Gov. Andrew Cuomo to resign after the state’s attorney general said he was found to have sexually harassed multiple women.

New York Attorney General Letitia James on Tuesday announced the results of her office’s four-month probe into the allegations, saying current and former state employees were among the women Cuomo sexually harassed. In at least one instance, the governor is accused of seeking to retaliate against a woman who leveled accusations against him.

Cuomo has previously denied the sexual misconduct allegations, saying in March that he would not resign despite mounting calls and new accusations. He bashed politicians who were already calling for him to leave office at the time, accusing them of bowing to “cancel culture.”

In the wake of James’ investigation, a slew of state and local lawmakers on both sides of the aisle in New York are renewing their calls for the governor to step down.

“The New York State Attorney General has conducted an independent, thorough and professional investigation that found the Governor violated state and federal law, had a pattern of sexually harassing current and former employees, retaliated against at least one of the accusers and created a hostile work environment,” the senators said.

“No elected official is above the law,” Schumer and Gillibrand added. “The people of New York deserve better leadership in the governor’s office. We continue to believe that the Governor should resign.”

New York City Mayor Bill de Blasio said it is “beyond clear” that Cuomo can no longer serve as governor in a statement Tuesday.

“It is beyond clear that Andrew Cuomo is not fit to hold office and can no longer serve as Governor,” de Blasio said. “He must resign, and if he continues to resist and attack the investigators who did their jobs, he should be impeached immediately.”

The mayor also commended the women who came forward and lauded the attorney general’s report that he said substantiates these “disturbing instances of severe misconduct.”

“Attorney General James conducted a thorough and revealing investigation that yielded disturbing conclusions about the conduct of Governor Cuomo,” Adams said. “It is now the duty of the New York State Assembly to take swift and appropriate action and move forward with impeachment proceedings if the Governor will not resign.”

“The office of Attorney General Tish James conducted a complete, thorough and professional investigation of the disturbing allegations against Governor Andrew Cuomo. The investigation has found that the Governor engaged in abusive behavior toward women, including subordinates, created a hostile work environment and violated state and federal law,” the congressmen stated. “We commend the brave women who came forward and spoke truth to power. The time has come for Governor Andrew Cuomo to do the right thing for the people of New York State and resign.”

Speaker of the House Nancy Pelosi, D-Calif., commended the women who came forward “to speak their truth” in a statement Tuesday.

“Recognizing his love of New York and the respect for the office he holds, I call upon the Governor to resign,” Pelosi added.

New York state Senate Majority Leader Andrea Stewart-Cousins, a Democrat, similarly for Cuomo to be out in a statement Tuesday.

“This report highlights​ unacceptable behavior by Governor Cuomo and his administration. As I said, when these disturbing allegations first came to light, the Governor must resign for the good of the state,” Stewart-Cousins said. “Now that the investigation is complete and the allegations have been substantiated, it should be clear to everyone that he can no longer serve as Governor.”

State Sen. Todd Kaminsky, also a Democrat, said in a separate statement that the governor “must step aside or be removed.”

“These damning findings from Attorney General James, who has done a great job, show quite clearly that the governor must resign — and if he will not, that he should be impeached,” Kaminsky, a former federal prosecutor, added. “Not only has Gov. Cuomo broken the law by committing disturbing and dehumanizing acts against women, he has engaged in retaliation against his accusers, and also abused his power as an employer, boss, and the leader of New York and most powerful person in this state.”

On the other side of the aisle, the progressive New York Working Families Party also called for Cuomo’s resignation, tweeting, “The facts are clear. Andrew Cuomo is unfit to lead and must resign or be removed from office.”

“There are no platinum band-aids left to cover up the fact that this governor continues to abuse his office to benefit himself and those around him,” Kim stated. “New Yorkers have had enough. We must return to session immediately and begin the impeachment proceedings.”

Brad Lander, the Democratic nominee for New York City comptroller and a city council member, said in a tweet that Cuomo “should have resigned in March.”