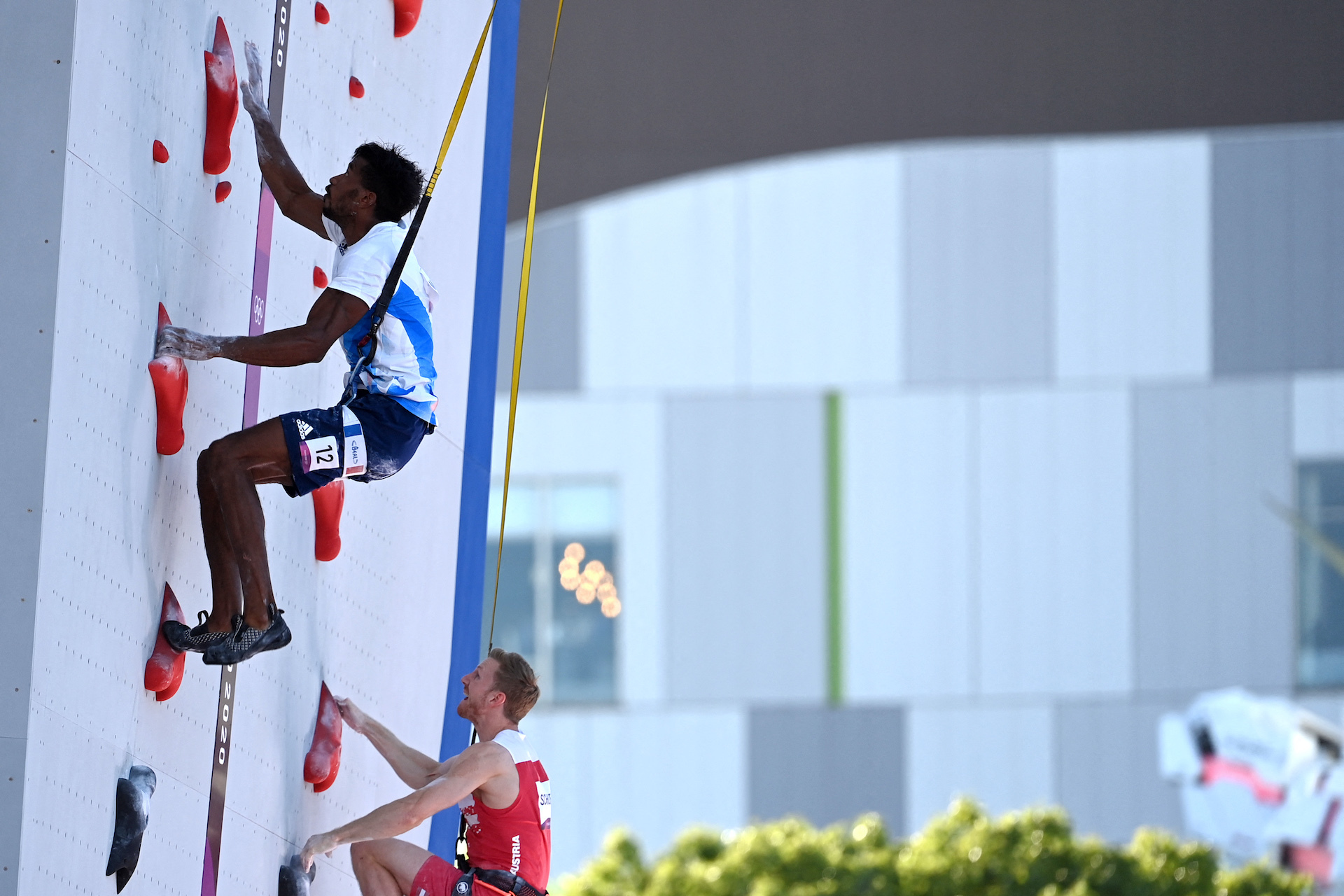 Sport climbing made its debut at the Olympics on Tuesday, and folks, it was extreme.

As athletes scaled the walls of the Olympic apparatuses on Tuesday, viewers who might not have ever watched competitive climbing were met with some seriously fast moves.

Here’s France’s Bassa Mawem, scaling a 15-metre wall in 5.45 seconds — just short of the world record of 5.20 — while competing in a heat against Austria’s Jakob Schubert. You might only be able to watch this video in the UK through BBC Sports, unless you have a VPN (damn international broadcasting event, the Olympics is).

Then, there’s bouldering. On a 4.5-metre wall, athletes climb through as many official routes as possible within four minutes, without safety ropes. The routes are different levels of difficulty, you can restart a route if you need to, and when you grasp the final hold (the bits on the walls) of a route with both hands, it is completed.

In both bouldering and lead climbing, the extreme problem solving tests that they are, athletes will not have seen these routes before, and have only a few minutes to study them when they enter the arena.

Here’s France’s Mickaël Mawem, who topped the bouldering qualifier, making incredible moves on the holds. Folks outside Australia might not be able to watch these videos from official broadcaster Channel 7 without a VPN.

Here’s South Korea’s Jongwon Chon going over and above on the bouldering wall, though he didn’t reach the top, it’s such an impressive turn upside down.

And then there’s lead climbing. On a wall measuring over 15 metres, athletes climb as high as they can in six minutes, with safety ropes. If the competitors reach the top or the same height, the fastest time wins.

There has been some pushback from athletes, including Czech Republic climber Adam Ondra, over the inclusion of speed climbing in Olympic sport climbing, as it involves a different type of sprinting skill to bouldering and lead climbing. All three disciplines count toward getting a medal.

The Olympic women’s sport climbing events are happening on Wednesday, with all finals on Thursday and Friday, so expect plenty more gravity defying action this week.