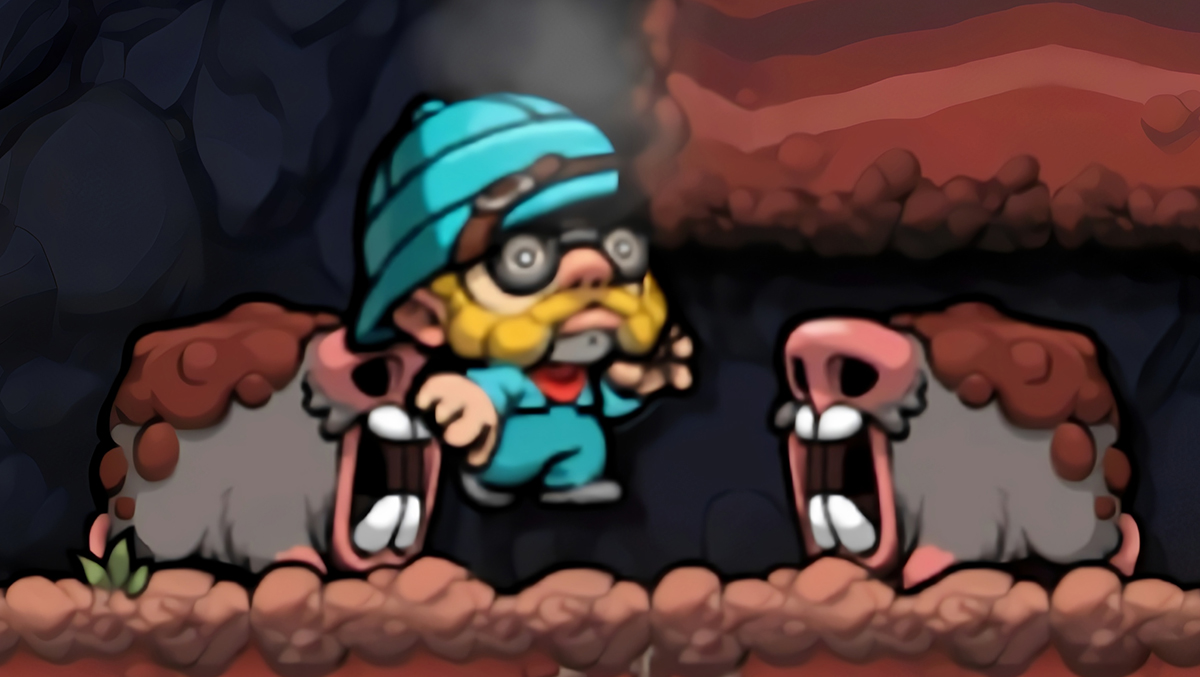 Spelunky 2 can be frustrating. It’s very rarely outright unfair, but it can test your patience and blood pressure when enemies, traps, physics, and bad luck combine into a perfect storm of death for your intrepid little adventurer. At times, it feels like Spelunky 2 absolutely hates you.

The original Spelunky felt that way, too, but progression felt a little more sensible, with the early worlds being the easiest (relatively speaking) and later levels getting more and more difficult. In Spelunky 2, however, a number of players feel the earliest levels, called Dwelling (worlds 1-1 through 1-4) are actually more difficult than the levels that follow.

Derek Yu, Spelunky’s creator, posted an update on Steam to address some of the complaints about the extreme difficulty of Spelunky 2’s first area and what Mossmouth is planning.

“We know Dwelling is causing players frustration and I think there’s some fair criticism there, so we’re testing some changes to the spawn rates of enemies and traps, particularly in 1-1 and 1-2,” Yu wrote. “Some tweaks to 1-4 should make it more interesting, as well! Look for those changes to arrive in a patch some time soon.”

At the same time, Yu can’t help but suggest that maybe the actual problem is that you’re not playing Spelunky 2 properly.

“I will say that, from reading the feedback, I’m getting the impression that some players are trying to kill every enemy they come across in Dwelling, when it’s often better to avoid them or, even better, let them kill each other or trigger traps for you! Moles are great for setting off arrow traps, for example. If you’re having trouble getting out of the first area, try some new strategies!”

As someone who sucks at Spelunky 2, I know I’m not playing with 1000 IQ strats. But I can also confirm that I am definitely not trying to kill the goddamn moles. I’m trying to avoid them. I’d love it if the moles triggered the roughly 700 arrow traps that are inevitably crammed into 1-1 and 1-2, but they rarely do because they’re busy burrowing at me, two at time, popping up at the worst possible moment.

Note: I’m not saying Mossmouth needs to make the first area easier. (Rage-quitting roughly four minutes after I start playing means I can do something else for an hour.) I will say, however, that I really don’t think the issue is the way people are playing. The first world of Spelunky 2 is absolutely harder than the second world(s). I make it more often from 2-1 to 2-4 (both jungle and lava version) than I make it from 1-1 to 1-4, even if I use the shortcut and begin the second world without extra bombs, gear, or gold. That first world is hard!

As it’s meant to be, of course. “Ultimately, Spelunky is a game that is designed to have some sharp edges in it, and there’s always the risk of removing fun along with the frustration,” Yu wrote.

In the same update, Yu also thanked players for the successful launch on Steam, saying it “exceeded all of our expectations!” Online multiplayer and online arena mode are still in the works, but don’t have a firm date yet.

33 Movies That Were Supposed to Come Out Last ...