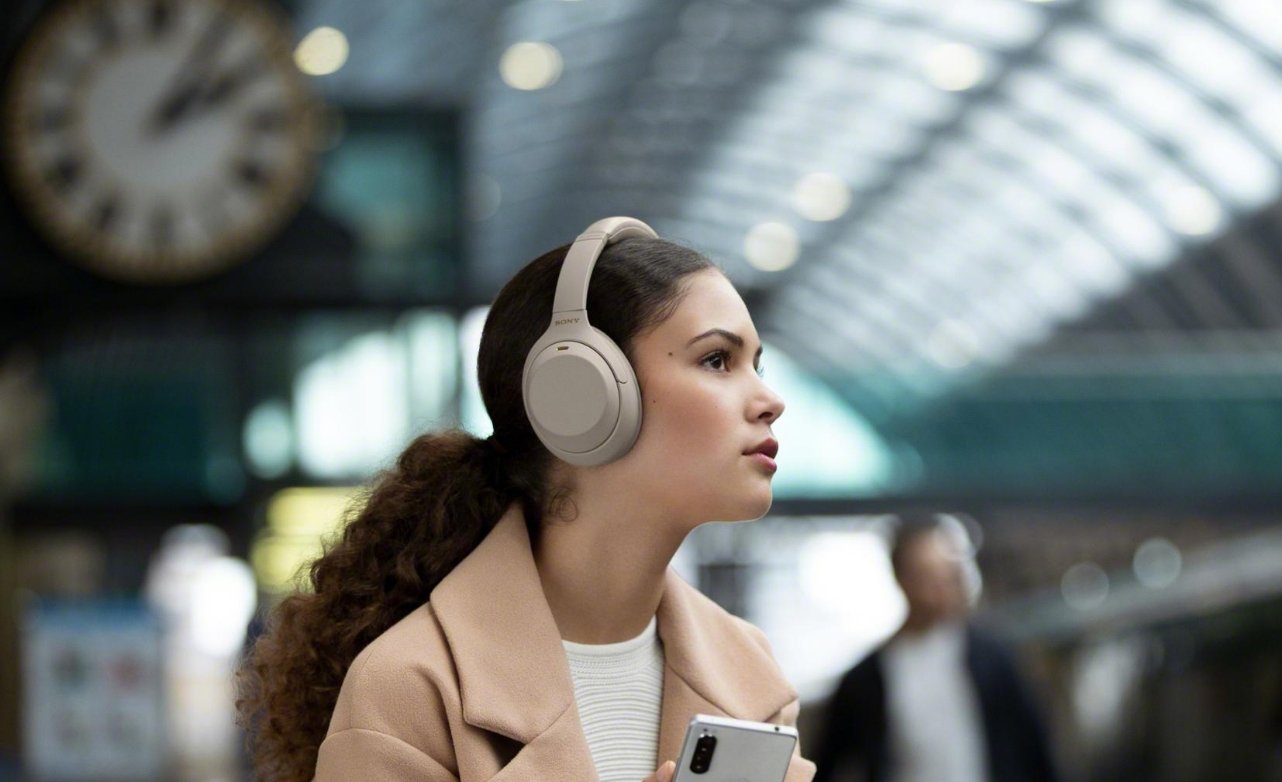 The long-awaited and highly-anticipated Sony WH-1000XM4 active noise-cancelation (ANC) wireless headphones were made official on Thursday, August 6th. The successor to the reigning champion of high-end Bluetooth headsets costs $349.

Two months ago, when I interviewed the product manager of Sony France, I was assured that the WH-1000XM4 was not slated for an immediate release. When a promotional video leaked several days ago, I began to get my hopes up. All of that hope proved to be worthwhile as Sony sent me an invitation to today’s keynote on Tuesday, confirming some swirling rumors that the headphones would be released before being made official later in the same afternoon, I tell you: I was over the moon!

Same design at the same price but with even better ANC

As you would have noticed, the new Sony WH-1000XM4 has almost exactly the same look and price as its predecessor.

The apple does not fall far from the tree as in the case of the Sony WH-1000XM4. Boasting of Hi-Res and Hi-Res Wireless certified sound, the LDAC codec, a fantastic frequency range from 4 to 40,000 Hz, 40 mm drivers, Sony 360 Reality Audio, DSSE Extreme upscaling capability: in short, everything is there and that is a very good thing!

Sony has made sure that there were improvements made to the Bluetooth headset by introducing some new features which I would say, are incremental in nature and yet interesting enough to check out. This model, therefore, continues with the technology found in the extremely popular WH-1000XM3 while incorporating additional smart features to enhance the overall listening experience.

Take functions such as ANC or active noise reduction, for example. This set of cans boasts of two noise reduction microphones on each earpiece, where this dual-sensor technology records ambient noise and transmits the collected data to the HD QN1 noise reduction processor.

This new system is known as Bluetooth Audio SoC, which will then take over to perform an analysis while adapting the noise reduction at more than 700 times per second. Thanks to the artificial intelligence known as “Edge-AI” and a new algorithm, the QN1 HD processor, your ears will be able to enjoy the results of anti-noise treatment with minimal alteration applied to the audio playback.

According to the Japanese company’s marketing materials, the DSSE Extreme function (which is already known) would be able to perform an even more precise sound reconstruction during the digital compression process. As a reminder, this feature analyses the music in real-time and is able to recognize the various instruments, musical genres, and details of each song so that it can restore any treble lost during compression.

The Sony Headphones Connect app has a new twist

There’s still a wealth of features and customization options that made me fall in love with the Sony Headphones Connect companion application.

Adaptive Sound Control activity recognition detects where the user’s location is, as well as what the user is doing in order to perform the necessary adjustments in the noise reduction settings. It is also smart enough to recognize the frequently visited places, and these include the office, gym, or even favorite coffee shop, while performing just the right amount of adaptation to the situation.

The Speak-to-Chat function is one new feature found in the WH-1000XM4 that Sony wants to highlight. The whole idea of this function is the ability to carry out short conversations without having to take off your headphones. For instance, this also facilitates an easier coffee ordering process while you still have your tunes playing in the background. It is the little everyday things in life that Sony looks into which makes it all the more appealing.

All you have to do is speak and the headset will recognize your voice. From there, it will automatically stop any music playback and allow ambient sound in, enabling you to follow up with a conversation without having to remove your headphones. The voice detection works automatically, which is the appealing bit about it. While this feature isn’t new in other models offered by its competitors, those happen to be manually activated and not automatic like with the Sony WH-1000MX4.

The WH-1000XM4 headset will feature a wear detection system that will pause music playback or turn itself off whenever you remove it, in order to conserve battery life. It also supports Bluetooth multipoint connectivity and can be paired to two devices simultaneously.

The WH-1000XM4 offers a good 30 hours of battery life (on paper) and the quick charge function allows up to five hours of wireless listening with just 10 minutes of charging time. It is also compatible with Google’s new Fast Pair feature, enabling you to easily find your headset simply by calling it with your smartphone.

So, what do you think of this Sony WH-1000XM4? Sure, they’re still a bit expensive. But at least it will bring down the price of the WH-1000XM3, which remain an excellent proposition. Personally, I’m just looking forward to reviewing them.

Read next on NextPit: