Home > Technology > Slaoui: US could give 2 half doses of Moderna COVID-19 vaccine

Slaoui: US could give 2 half doses of Moderna COVID-19 vaccine 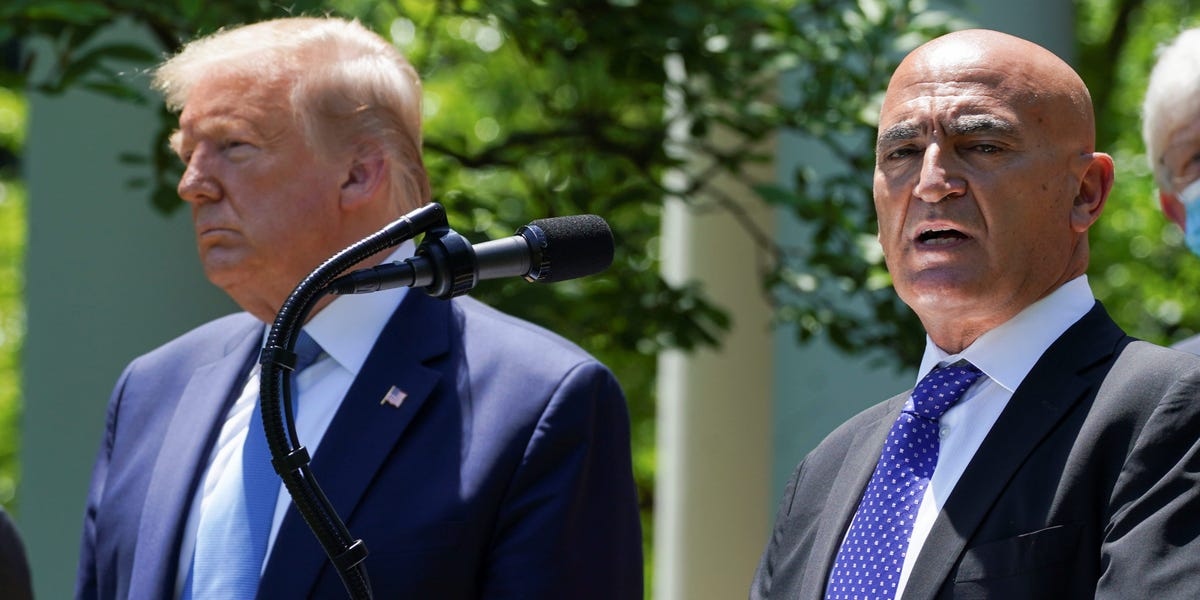 This would allow the US to immunize twice as many people with the doses it currently has, he added, after the country’s vaccine rollout was dogged by a slow start.

By the morning of December 30, only 2.8 million Americans had received COVID-19 vaccines, far short of the Trump administration’s heavily publicized 20 million goal for 2020.

Giving out half doses of Moderna’s vaccine would induce an “identical immune response” to the 100 microgram dose in people aged between 18 and 55, Slaoui added.

“We are in discussions with Moderna and with the FDA [Food and Drug Administration] — of course ultimately it will be an FDA decision — to accelerate injecting half the volume,” Slaoui said.

“We know that for the Moderna vaccine giving half the dose for people between the ages of 18 to 55 — two doses, half the dose, which means exactly achieving the objective of immunizing double the number of people with the doses we have — we know it induces identical immune response to the 100 microgram dose,” he added.

This is a “more responsible approach” than adopting the UK’s strategy of giving out as many first shots of the vaccine as possible, Slaoui explained.

UK officials said on December 30 they would prioritize getting people their first doses of coronavirus vaccines instead of holding enough to ensure they can get a second dose on time. Scientists are split on the untested strategy.

When asked by CBS’ Margaret Brennan why the US was holding back more than half of its current vaccine supply rather than adopting a strategy similar to the UK, Slaoui said all trial data was based on giving two shots of the vaccine, with the booster shot given three to four weeks after the primer shot.

Without full trial data, it “would not be responsible” to delay administering the second doses, he said.

Without the second shot, the vaccine is ten times less effective, Slaoui added. Waiting up to three months to give the second dose could leave people “with incomplete immunity, waning immunity, maybe even the wrong kind of immune response induced,” he said.

Though the rollout of the two vaccines authorized for emergency use in the US — by Pfizer and BioNTech, and Moderna — had a slow start, public health officials have expressed optimism that this could pick up speed.

“We are not where we want to be, there’s no doubt about that, but I think we can get there if we really accelerate, get some momentum going, and see what happens as we get into the first couple of weeks of January,” Dr. Anthony Fauci, director of the National Institute of Allergy and Infectious Diseases, told ABC News Sunday.

President-elect Joe Biden, who will be sworn in on January 20, plans to vaccinate 100 million people in his first 100 days in office, though he noted that it would take “years, not months,” to vaccinate all Americans at the current rate.