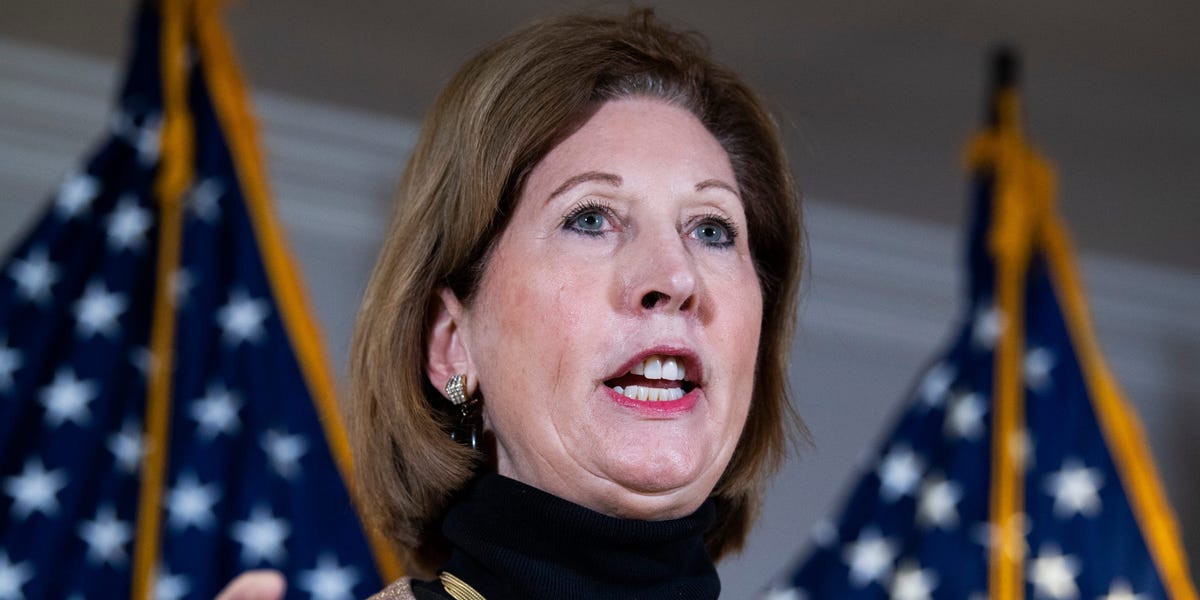 If you comb through the many lawsuits from Sidney Powell, an ally of President Donald Trump, you’ll see a name come up over and over again.

In November, Powell was kicked off Trump’s campaign litigation team seeking to overturn the results of the 2020 presidential election. Since then, she has brought lawsuits on her own — in Wisconsin, Michigan, Georgia, and Arizona — trying to do the same thing.

Her lawsuits are premised in part on a conspiracy theory that Dominion, a company that produces voting machines, created devices that allowed votes to be switched from Trump to President-elect Joe Biden. Her lawsuits bring forth affidavits and exhibits from various people to support that claim, including from a prominent QAnon supporter and anonymous Facebook commenters.

The identity of one affiant in the lawsuits is redacted. The lawsuits name the individual only as “Spider,” and sometimes call them “Spyder.”

Further identifying details are also redacted in the lawsuits, which say that Spider’s identity is hidden for “security reasons,” and offer no other details.

Insider couldn’t independently verify the existence of this person.

Spider (or Spyder) writes in the affidavit that Dominion Voter Systems “have been accessible and were certainly compromised by rogue actors, such as Iran and China.” Spider does not say he has personally analyzed any of Dominion’s voting machines, nor do any of the other affiants cited in Powell’s lawsuits.

“Dominion neglectfully allowed foreign adversaries to access data and intentionally provided access to their infrastructure in order to monitor and manipulate elections, including the most recent one in 2020,” one lawsuit argues.

In a public statement, Dominion — which is not named as a defendant in any of the lawsuits — described the claims as “non-sensical and unsupported by any presentation of evidence.” And CISA, the federal agency that oversees cybersecurity and infrastructure security, described the 2020 election as “the most secure” in the country’s history.

Powell so far hasn’t won a single election lawsuit, and her claims have been dismantled by judges and the lawyers opposing her case.

There’s no evidence ‘Spider’ is an expert in anything

In the Georgia case, attorneys working for the Democratic Party asked the judge to exclude the “expert” testimony Powell submitted, writing that none of them were familiar with Georgia election law or sufficiently demonstrated expertise in the subjects they were testifying about.

“Over and over, the reports fail to disclose the methods employed by their authors, error rates, or even how underlying data was obtained,” they wrote in a court filing. “Where their methodology is discernible, Plaintiffs’ ‘experts’ regularly use methods that are not at all standard or trusted in the relevant field, and draw conclusions that are nothing more than speculation.”

The attorneys singled out “Spyder” in particular, saying their qualifications were “impossible to assess” because of their anonymity.

“It does not appear that Spyder applied any methodology other than a series of online and other searches in reaching this conclusion which appears to rest entirely on speculation regarding purported security issues and connections between various individuals and entities,” they write. “And, in any event, s/he does not opine that any alleged interference changed or had the ability to change the trajectory of the election making his/her opinions unhelpful to the Court”

The judge in that case, Timothy Batten, ultimately ruled against Powell without deciding whether to exclude the testimony of her “experts.”

“They want this court to substitute its judgment for the 2.5 million voters who voted for Biden,” Batten said in court Monday. “This I’m unwilling to do.”