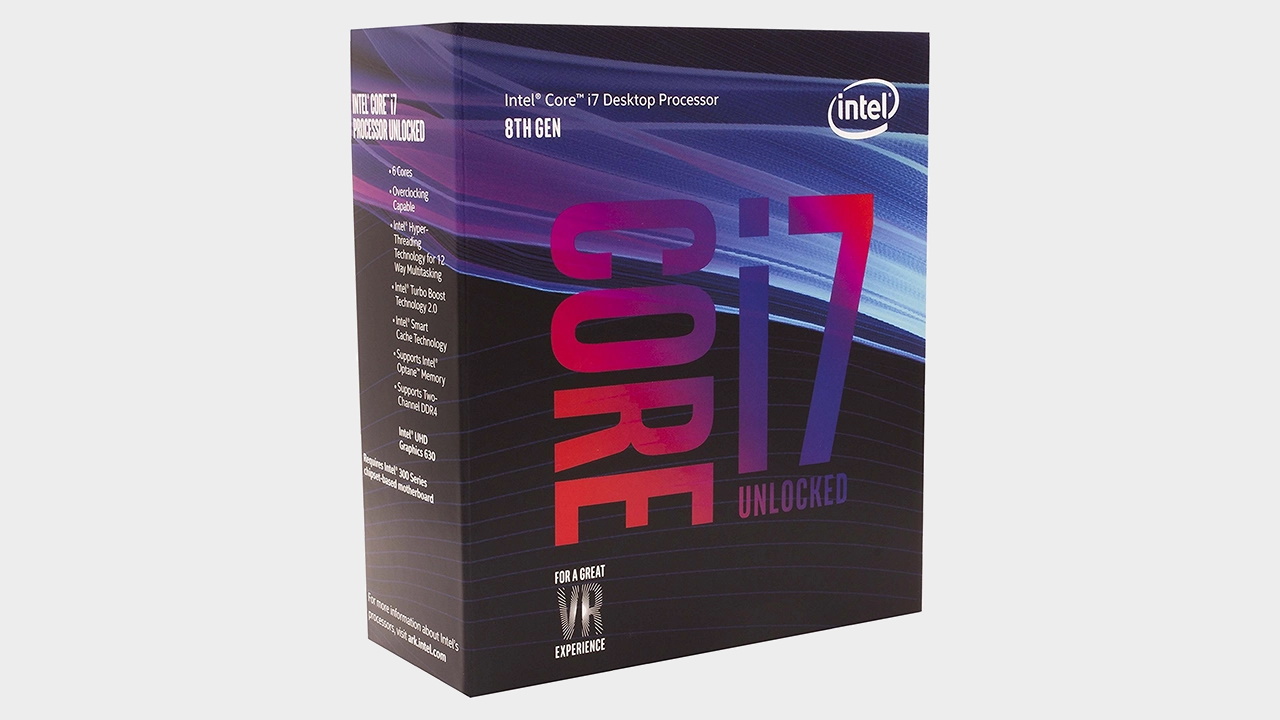 Formerly known as Coffee Lake, the Core i7 8700K sat at the top of the stack with a full six cores and 12 threads of computing power. That marked a big departure from the four-core/eight-thread norm for Intel and it’s only gone on to greater things since. That means you’re now looking at 10-core Core i7 processors, with six-core chips renegade to the mid-range.

As such, the Core i7 8700K is incredible similar to much cheaper 10th Gen processors, and even with Amazon Prime Day and Black Friday nearing, we’re not expecting a great deal of movement on this once great gaming CPU.

Back with the first introduction of the Skylake architecture, Intel was sitting pretty with a lineup of four-core/eight-thread processors that ruled the gaming sphere. A couple of generations in, however, and AMD Ryzen had started ruffling feathers with higher core counts. The answer at the time: the Intel Core i7 8700K, a six-core processor built on the Skylake 14nm architecture, and priced at $359.

With a Turbo frequency of 4.7GHz, the Core i7 8700K is a perfectly capable gaming chip, and it’s got enough cores to manage even the most CPU-intensive titles. It’s just been superseded by even larger, faster processors in Intel’s lineup, and as such it’s not often recommended in 2020.

What are the alternatives to the Intel Core i7 8700K?

This one’s easy, although there are a lot of possible alternatives. First off, you’ve got the Intel Core i5 10600K. This is the new mid-range chip from Intel’s 10th Gen processors, codenamed Comet Lake. It’s essentially the Core i7 8700K, however. It’s fitted with six cores, 12 threads, and it clocks slightly higher with a 4.8GHz Turbo. It’s also cheaper, even at MSRP, at roughly $275.

Both Intel and AMD offerings will work great alongside a modern graphics card for a gaming PC, and you’ll likely find a cheap motherboard and cooler compatible with either option.

There’s a pretty easy out for us on this one, and that’s the fact you’re not likely going to find stock of the Core i7 8700K on sale nearly anywhere at this point. Intel tends to be fairly regimen when it comes to clearing old CPU stock before releasing the new, and the 8700K has had a long time to dwindle in stock.

If you have found one, however, we wouldn’t recommend you pick it up for anything more than $275, and we’d also recommend you find a compatible 300-series motherboard before hitting purchase. If only to save you the hassle of tracking one down afterwards, and potentially spending more on the motherboard than you should.

Prices have been known to, on very rare occasion, drop below $270, but even then it’s difficult not to recommend the more modern alternatives.

Astro’s Playroom on PS5 might be the best pa...

Revisiting Team Fortress 2, the most influenti...