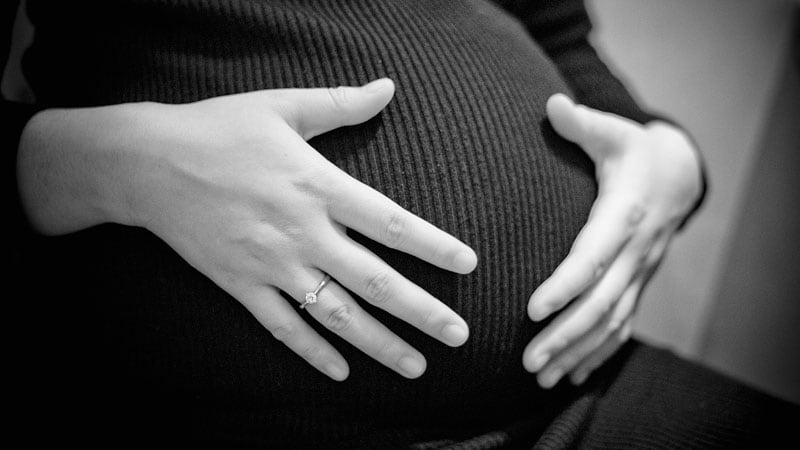 Among women with multiple sclerosis (MS), levels of serum neurofilament light (sNfL) are higher during pregnancy and the postpartum period. The increase in sNfL is independent of relapses, which suggests that patients have increased subclinical disease activity during this period, according to the researchers.

The results suggest that “sNfL may qualify as a sensitive and minimally invasive measure of disease activity in pregnancy,” said Özgür Yaldizli, MD, consultant neurologist at University Hospital Basel in Switzerland. “Strategies allowing the continuation of DMT during pregnancy may be warranted.”

MS preferentially affects women in their reproductive years, said Yaldizli. Almost one third of women with MS become pregnant after they receive their diagnosis. A decrease in disease activity is typical in the third trimester, as is an increase in relapse frequency postpartum.

“There is an urgent need to identify patients with high disease activity during pregnancy,” said Yaldizli. Increased levels of NfL, a specific biomarker of neuroaxonal injury, are associated with relapses, MRI activity, and disability worsening among patients with MS. Response to DMT is associated with decreased NfL levels. But few data about sNfL during pregnancy or postpartum are available.

Relapses Were Associated With Increased sNfL

Yaldizli and colleagues examined data from the Swiss MS Cohort Study to describe DMT use before, during, and after pregnancy. They also sought to assess sNfL as a marker of disease activity during and after pregnancy and to evaluate whether interrupting DMT because of pregnancy leads to increased sNfL levels.

Eligible participants had prospectively documented pregnancies, and Yaldizli’s group excluded pregnancies with early termination from their analysis. Serum samples were collected every 6 or 12 months and analyzed using the Simoa NF-light assay. The investigators used univariable and multivariable mixed-effects models to investigate associations between clinical characteristics and longitudinal sNfL levels in women before pregnancy, during pregnancy, and postpartum.

Yaldizli and colleagues included 72 pregnancies in 63 patients with relapsing MS in their analysis. Nine patients had two pregnancies during follow-up. The population’s median age was 31.4 years, and median disease duration was 7.1 years. Median Expanded Disability Status Scale (EDSS) score at last visit before birth was 1.5. Median follow-up time was 6 years.

Most patients were treated with DMT before or during pregnancy. For most patients (39), fingolimod or natalizumab was the last DMT given before birth. Four patients did not use DMT before, during, or after pregnancy. In 14 pregnancies, the patient continued DMT for more than 6 months.

When the investigators included DMT exposure at sampling time in the model, however, the pregnancy and postpartum period no longer had an effect on sNfL. The sNfL levels were 12% lower among patients exposed to DMT, compared with patients without DMT exposure.

Future research should examine the escalation therapies (ie, the newer and more effective DMTs) during pregnancy in patients with MS, he added. “Not only in pregnancy, but also in general, we have to look for ways to measure disease activity in patients who switch therapy, who deescalate therapy.”

Pregnancy May Not Forestall Disease Activity

“The results of this study demonstrate that DMT withdrawal in the context of pregnancy can lead to subclinical disease re-emergence, as evidenced by increased sNfL levels in the DMT-free period,” said Vilija G. Jokubaitis, PhD, senior research fellow in the department of neuroscience at Monash University, Melbourne. Jokubaitis was not involved in the study.

“Interestingly, the median EDSS score in this cohort was quite low, demonstrating that, even in women with mild disease, pregnancy may not be sufficient to protect against ongoing MS activity.” Nevertheless, 28 of the 63 women were exposed to monoclonal antibody therapy, so it is unclear whether these women have mild disease or well-managed disease on DMT, she added.

“This study provides further evidence that pregnancy planning requires advanced planning, and that therapy continuation into pregnancy should be considered, particularly in women with moderate disease activity, to protect against disease reactivation,” said Jokubaitis.

The strengths of the study include its prospective design, the investigators’ ability to describe the various DMT exposures before and during pregnancy, and the multivariable mixed-effects modeling, she added. On the other hand, the results are at the group level, individual trajectories in sNfL level are not described, and the small sample size prevented the investigators from differentiating between the effects of various DMTs on sNfL outcomes. In addition, Yaldizli and colleagues did not take time off DMT into account in the models; they considered DMT exposure as a dichotomous variable.

“More work is needed to determine the therapeutic strategies that will give women with MS the greatest protection against disease reactivation in pregnancy and postpartum, whilst also protecting fetal and neonatal outcomes,” said Jokubaitis.

Group studies will enable researchers to identify trends, but neurologists ultimately need to provide individualized advice to their patients. “There is a need to look at [the effect of] DMT identity, timing, and duration of DMT withdrawal on fluctuation of sNfL levels, and how these relate to baseline disease severity,” Jokubaitis added. Furthermore, researchers must compare sNfL changes in pregnancy between patients with MS and healthy women in large cohorts.

The analysis by Yaldizli and colleagues was conducted without outside funding. The Swiss MS Cohort receives funding from the Swiss MS society, Biogen, Celgene, Sanofi, Merck, Novartis, Roche, and research associations such as the International Progressive MS Alliance and the Swiss National Science Foundation. Yaldizli received grants from ECTRIMS/MAGNIMS, the University of Basel, Pro Patient Stiftung, University Hospital Basel, Free Academy Basel, and the Swiss MS Society. He received advisory board fees from Sanofi Genzyme, Biogen, Almirall, and Novartis. Jokubaitis received conference travel support from Merck and Roche and speakers honoraria from Biogen and Roche. These relationships are not related to the current study. Jokubaitis receives research support from the Australian National Health and Medical Research Grant and MS Research Australia.