Selpercatinib ‘Poised to Alter the Landscape’ of RET+ve Cancers 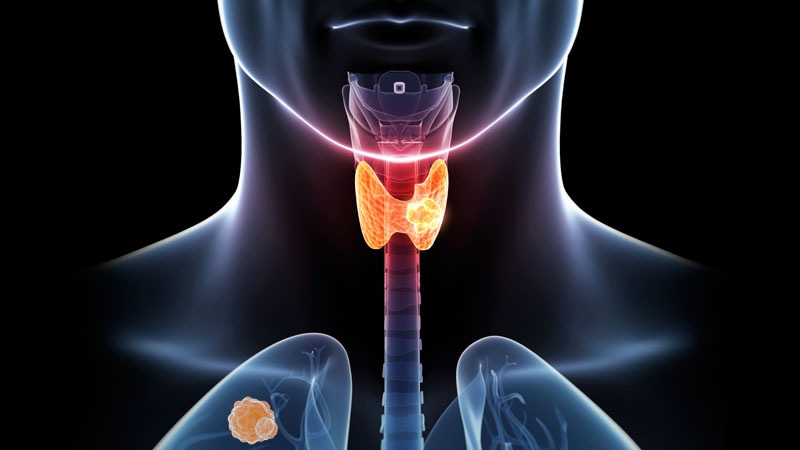 “The response rates are high, responses are very durable, and overall, the drug does not cause a lot of toxicity,” she said.

“If you have a clean, RET-specific inhibitor such as selpercatinib, then you can really pound down RET very strongly and hit the driver alteration much harder, with a better side effect profile,” Wirth added.

Both groups of patients were part of the phase 1/2 LIBRETTO-001 study, which served as the basis for the recent accelerated approval of selpercatinib by the US Food and Drug Administration. About 1% to 2% of NSCLC tumors are thought to have an RET alteration; RET mutations occur in 70% of MTCs, although this type of thyroid cancer is less common than other types.

The clinical data were published on August 26 in The New England Journal of Medicine.

There has been a “remarkable increase” in the number of targeted agents that are effective in treating patients with advanced cancers that harbor specific genomic alterations, comments Razelle Kurzrock, MD, from the University of California, San Diego, in an accompanying editorial. Selpercatinib, a potent RET inhibitor, “is now poised to alter the landscape of another genomic subgroup — RET-altered cancers,” she writes.

Multikinase inhibitors such as vandetanib and cabozantinib have ancillary RET-inhibitor activity and are also active against RET-driven cancers. But these drugs are limited by off-target side effects, Krurzrock points out. “In contrast, next-generation, highly potent, and selective RET inhibitors such as selpercatinib offer the potential for improved efficacy and a more satisfactory side-effect profile.”

In both parts of the study, selpercatinib produced durable responses in a majority of patients. Only about 3% of patients discontinued taking selpercatinib because of drug-related adverse events. Taken together, these results show that selpercatinib “had marked and durable antitumor activity in most patients with RET-altered thyroid cancer or NSCLC,” writes Krurzrock.” RET abnormalities now join other genomic alterations such as NTRK fusions, tumor mutational burden, and deficient mismatchrepair genes across cancers and ALK, BRAF, EGFR, MET, and ROS1 alterations in NSCLC that warrant molecular screening strategies.”

Results in Patients With RET-Mutated NSCLC

Of 105 patients with NSCLC who had received at least one platinum-based chemotherapy regimen, the objective response rate was 64%. The median duration of response was 17.5 months.

The cohort included 39 treatment-naive patients, among whom the response rate was even higher, at 85%; 90% of the responses were ongoing at 6 months. In addition, 11 patients had measurable central nervous system metastasis at study enrollment. Of this group, 91% achieved an intracranial response.

Common adverse events of grade 3 or higher included hypertension (in 14% of the patients), an increase in alanine aminotransferase level (in 12%), an increase in aspartate aminotransferase level (in 10%), hyponatremia (in 6%), and lymphopenia (in 6%). The drug was discontinued in 12 patients because of a drug-related adverse event.

Results in Patients With RET-Mutated MTC

Efficacy for MTC was evaluated in 55 patients with advanced or metastatic RET-mutant MTC who had previously been treated with cabozantinib, vandetanib, or both. The objective response rate was 69%. The 1-year progression-free survival rate was 82%.

For the 88 patients who had not previously received vandetanib or cabozantinib, the response rate was 73%. The 1-year progression-free survival rate was 92%.

In a subgroup of 19 patients with previously treated RET fusion–positive thyroid cancer, 79% responded to the therapy; 1-year progression-free survival was 64%.

The study was funded by Loxo Oncology (a wholly owned subsidiary of Eli Lilly) and by grants from the National Institutes of Health and the University of Texas MD Anderson Cancer Center. Kurzrock and Wirth report relationships with numerous pharmaceutical companies, as listed in the journal article.