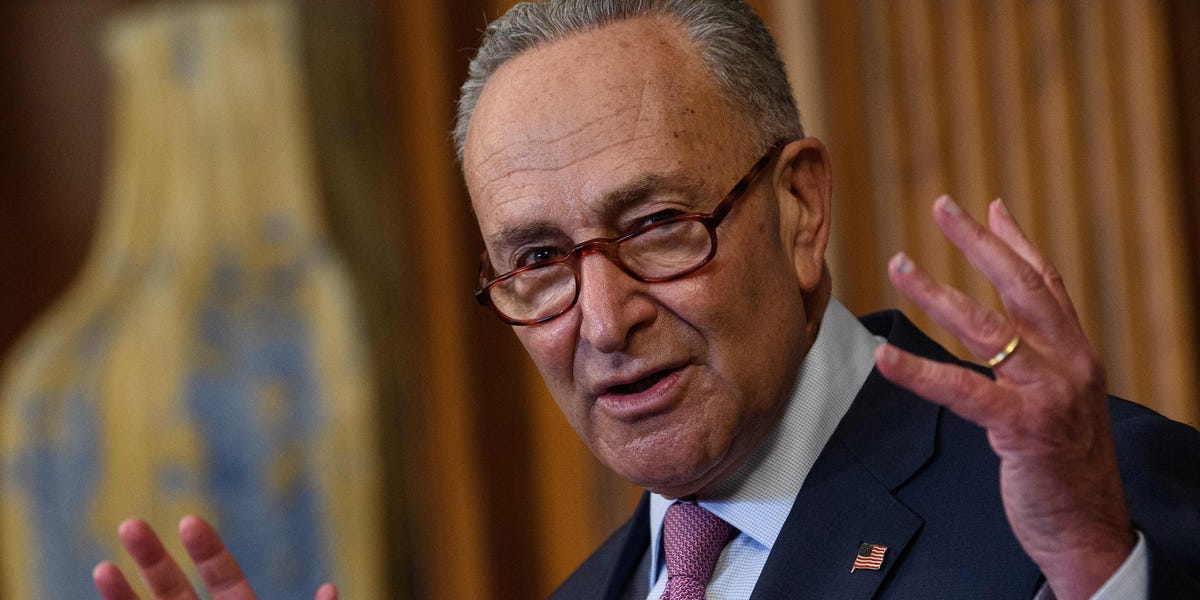 Senate Minority Leader Chuck Schumer suggested on Saturday evening that negotiators were making progress and Congress could vote on a $900 billion stimulus package as early as the next day.

“If things continue on this path and nothing gets in the way, we’ll be able to vote tomorrow,” the New York Democrat said.

It comes as The Washington Post reported that Democratic leaders struck a compromise with Republican Sen. Patrick Toomey of Pennsylvania on the Federal Reserve’s emergency lending powers. A spokesperson for Toomey confirmed it to Business Insider.

Toomey wanted to permanently end a series of emergency lending programs aiding states and municipalities as well as mid-sized businesses that expire December 31, the date set under a pandemic aid package passed in March. He also sought to scale back the Fed’s ability to kickstart emergency programs. It caused a fierce clash between Republicans and Democrats on Capitol Hill over the past few days, which nearly derailed the odds of a weekend deal.

The Pennsylvania Republican argued he didn’t want the central bank to step out of its role as a lender of last resort. Democrats assailed it as a move to shrink President-elect Joe Biden’s economic options and limit the Fed’s overall lending authority during downturns.

Steve Kelly, a spokesperson for Toomey, told Business Insider in a statement that Senate Republicans had achieved their main objectives which included ending the emergency lending programs. He said they would not be able to be “duplicated without congressional approval.”

“This agreement will preserve Fed independence and prevent Democrats from hijacking these programs for political and social policy purposes,” he said.

The development could pave the way for back-to-back votes in the House and Senate on Sunday afternoon if Democrats and Republicans resolve other disagreements, though the Fed formed the biggest roadblock. The House has scheduled any vote to begin at 1pm at the earliest.

Speaking to reporters on Capitol Hill late Saturday night, Schumer said Republicans and Democrats were “getting very close” to a deal.

Congress approved a two-day funding extension on Friday to avoid a government shutdown and buy more time for the negotiations. It sets up a very narrow margin of error for lawmakers, given that they are also attempting to pass a $1.4 trillion spending package to fund federal agencies into next year.

Congressional leaders are aiming to merge both, and they could have only hours to review broad spending legislation that surpasses $2 trillion. The package is expected to include $600 stimulus checks, $300 federal unemployment benefits, funds for vaccine distribution, and small business aid.

Read more: BANK OF AMERICA: Buy these 26 cheap and fundamentally rock-solid stocks before the economic rebound sends them soaring in 2021