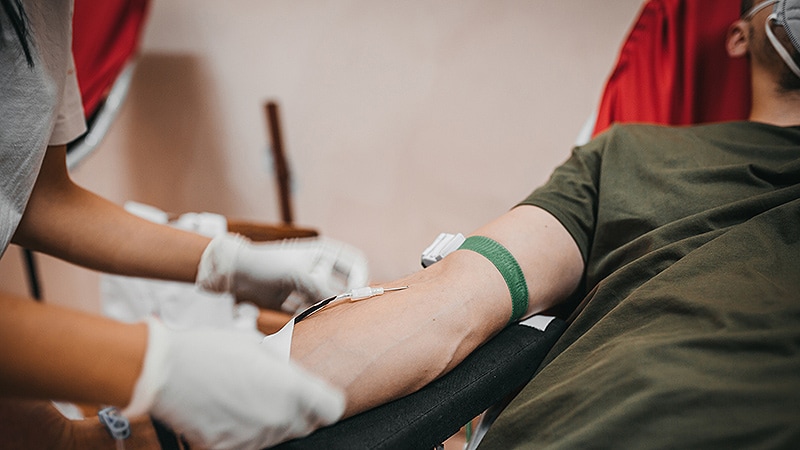 Tests to detect antibodies to SARS-CoV-2 are most sensitive among people aged 40 to 59 years compared with other age groups — and significantly more sensitive in men than in women, a cohort study reveals.

Furthermore, the optimal time to test for an antibody response appears to be about 4 months after a PCR-positive SARS-CoV-2 result.

“The punchline is that it is actually possible to measure antibody levels too early, too soon after a SARS-CoV-2 test,” senior study author Atul J. Butte, MD, PhD, director of the Bakar Computational Health Sciences Institute at the University of California San Francisco, told Medscape Medical News. “As would be expected, it does take a few weeks for the body to form a detectable antibody response.”

“The effect of age and sex on the sensitivity of the test is almost certainly linked to viral load,” Eleanor M. Riley, PhD, told Medscape Medical News when asked to comment. “We know that men are more susceptible to COVID than women, and older people are more badly affected than younger people and tend to have higher viral loads.”

“The higher the viral load, the stronger the kick to the immune system, and therefore the more antibodies that are made,” said Riley, who is affiliated with the Institute of Immunology and Infection Research and is a professor of immunology and infectious disease at the University of Edinburgh in the United Kingdom.

Antibody tests were conducted between February 1 and October 15, 2020. These results and other study findings come from the multicenter University of California coronavirus disease 2019 research data set.

“In our study, we looked at patients who we saw had a positive SARS-CoV-2 test, and only 75% to 80% had a positive antibody level,” Butte said. “We would have expected 100% of them to have antibodies after SARS-CoV-2 infection.” The current research did not address why, he added.

The findings of an optimal antibody testing time at approximately 4 months “suggest that measuring serological levels too soon after SARS-CoV-2 infection might lead to an incorrect assessment of immune response,” the researchers note.

“Antibodies may not be detected in the first few days after infection — this is expected as the antibody response takes at least a week to get going and tend to peak after about 21 days,” Riley said.

Instead, someone with recent COVID-19 symptoms should take an antigen/PCR test, she said.

The investigators cautioned that even though sensitivity was higher in males and patients aged 40 to 59 years, “our subset cohort sizes are small. If these findings are validated, then accounting for differences in sex and age in interpreting serological levels may be warranted.”

Preexisting conditions, clinical severity of disease, and unobserved clinical factors could have altered sensitivity. Another potential limitation is that titer levels were unavailable, so antibody positivity was considered binary (yes or no).

The research is ongoing, Butte said. “We are going to keep looking at these levels, to see how far out after the infection we can see patients having detectable antibody levels.”

“It will be useful to see if patients still have detectable antibody levels a year out after their initial SARS-CoV-2 infection,” he added.

Butte reported receiving grants from the US Food and Drug Administration and the Robert Wood Johnson Foundation during the conduct of the study. Riley disclosed no relevant financial relationships. The University of California Health System and its Center for Data-Driven Insights and Innovation provided partial funding for this research.

Damian McNamara is a staff journalist based in Miami. He covers a wide range of medical specialties, including infectious diseases, gastroenterology, and critical care. Follow Damian on Twitter:  @MedReporter.