Official Galaxy S21 and S21+ images leaked out yesterday, now images of the premium model of the pack, the Galaxy S21 Ultra, have also hit the web (courtesy of WinFuture). The phone is shown in “Phantom Silver”, a subtle two-tone color scheme. The Ultra will also be available in black.

The display will measure 6.8”, a tenth of an inch smaller than the S20 Ultra. This is because the panel on the new model is mostly flat – the images show some bevel on the front glass, but that’s it. The back is flatter too. Reducing the curvature means that the new Ultra will be the same size as the old one, despite the fractionally smaller display. Like the S21, the frame is metal and the back is glass (the vanilla S20 will have a plastic back). 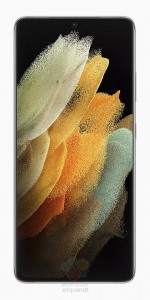 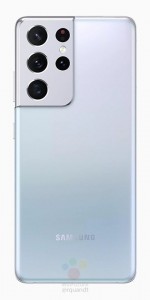 The Dynamic AMOLED 2X display will have 1440p+ resolution (20:9) and 515 ppi pixel density. Samsung will stick with 120 Hz as the top refresh rate, but the display is said to be very power efficient thanks the adaptive refresh rate feature. It will be super bright too, with peak brightness up to 1,600 nits, and will be guarded by Gorilla Glass Victus.

The camera bump is the trademark design element for the S21 generation and, naturally, the Ultra model is getting the best gear. It will equipped with four modules, including an upgraded 108 MP 1/1.33″ sensor with OIS. Unlike the 2020 model, the new one will use Laser AF (replacing the 3D ToF sensor). Then there’s the 12 MP ultra wide module with 1.4 µm pixels, PDAF and 120° field of view. 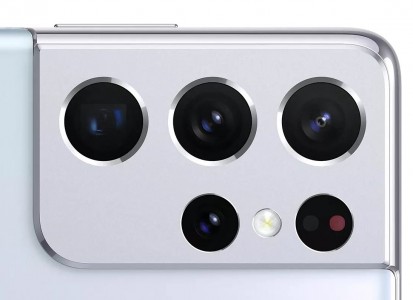 Galaxy S21 Ultra’s frame and camera bump from the side

In some regions, the Samsung Galaxy S21 Ultra will be powered by the Exynos 2100 chipset. The CPU will have a prime core at 2.9 GHz, 3x high performance cores at 2.8 GHz and 4x small cores at 2.4 GHz. Leakster Roland Quandt suggests there’s a possibility that the 2100 will be a 7 nm chip, even though the new Exynos 1080 is fabbed at 5 nm. That info could be wrong though, especially considering that the 2100 traded blows with the Snapdragon 888 in Geekbench.

The S21 series is expected to be unveiled in mid-January. It looks like Samsung will officially announce the Exynos 2100 on January 12, a couple of days before the Unpacked event for the Galaxy S flagships. The company has dropped hints confirming S Pen support, which will likely be limited to the Ultra. 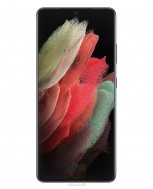 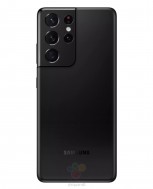 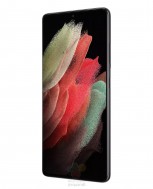 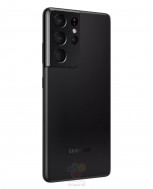 According to Quandt, the S Pen will be available as a stand-alone accessory or as part of a bundle with a Silicone or Smart Clear View cover. Speaking of accessories, you won’t get any besides a USB cable. The phone’s 5,000 mAh battery may support 45W fast charging, but you’ll have to buy your own power brick as there won’t be one in the retail box. No AKG headphones either.

In Europe, the Galaxy S21 Ultra will come with the Exynos 2100, price is expected to be around €1,400. The phone will have 12 GB of RAM, storage capacity will be a choice between 128 GB, 256 GB and 512 GB. The microSD card slot will reportedly be going away, so you’ll have to pick the storage you can live with at checkout.

show off your new phone!...