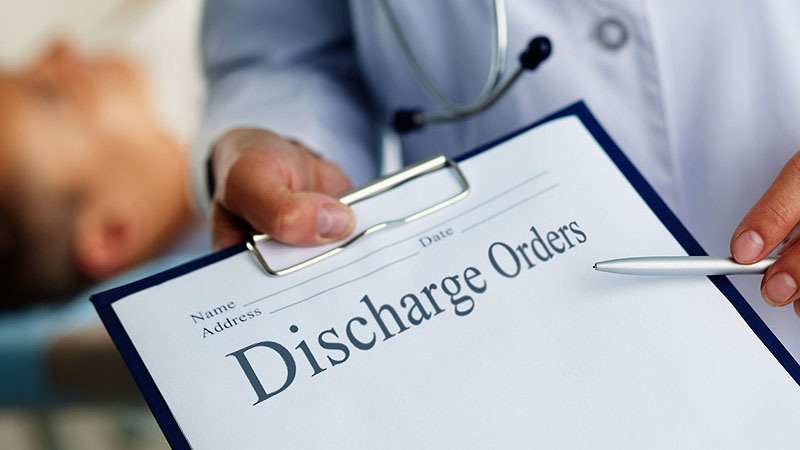 Based on a large registry, there appears to be no adverse consequences for same-day discharge following an elective percutaneous cardiovascular intervention (PCI), according to an analysis of a nationwide registry.

“Our data suggest there has been no negative impact on patient outcomes as a result of increasing use of same-day discharge,” lead investigator Steven M. Bradley, MD, said in an interview.

The analysis was based on data on 819,091 patients in the National CathPCI Registry who underwent an elective PCI procedure from July 2009 to December 2017. During this period, the proportion of elective PCIs performed with same-day discharge rose from 4.5% to 28.6%, a fivefold gain, according to Bradley, an associate cardiologist at the Minneapolis Heart Institute, and colleagues.

Within this study, outcomes in 212,369 patients were analyzed through a link to Centers for Medicare & Medicaid Services data. Despite the growth in same-day discharge PCIs over the study period, there was no change in 30-day mortality rates while the rate of 30-day rehospitalization fell after risk adjustment.

These data are considered to have a message for routine practice, particularly for those hospitals that have been slow to move to same-day discharge for elective PCI when lack of complications makes this appropriate.

However, “this does not mean same-day discharge is safe for all patients,” Bradley cautioned, but these data suggest “there is a clear opportunity at sites with low rates” to look for strategies that allow patients to recover at home, which is preferred by many patients and lowers costs.

In 2009, the first year in which the data were analyzed, there was relatively little variation in the rate of same-day discharge for elective PCI among the 1716 hospitals that contributed patients to the registry. At that point, almost all hospitals had rates below 10%, according to the report published in JACC: Cardiovascular Interventions on August 2.

From 2011 onward, there were progressive gains at most hospitals, with an even steeper rise beginning in 2014. By 2017, even though some hospitals were still performing almost no same-day discharge PCIs, many were discharging up to 40%, and the outliers were discharging nearly all.

Despite the faster rise in same-day discharge and radial access over the course of the study, these were not directly correlated. In 2017, 25% of sites performing PCI by radial access were still discharging fewer than 10% of patients on the same day as their elective PCI.

Several previous studies have also found that same-day discharge can be offered selectively after elective PCI without adversely affecting outcomes, according to multiple citations provided by the authors. The advantage of early discharge includes both convenience for the patient and lower costs, with some of the studies attempting to quantify savings. In one, it was estimated that per-case savings from performing radial-access elective PCI with same-day discharge was nearly $3,700 when compared with transfemoral access and an overnight stay.

An accompanying editorial by Deepak Bhatt, MD, and Jonathan G. Sung, MBChB, who are both interventional cardiologists at Brigham and Women’s Hospital, Boston, generally agreed with the premise that these data support judicious use of same-day discharge for elective PCI.

They pointed out limitations in the study, including its retrospective design and the inability to look at important outcomes other than mortality and 30-day rehospitalization, such as bleeding, that are relevant to the safety of early discharge, but concluded that same-day discharge, as well as radial access procedures, are underused.

“For uncomplicated elective PCI, we should aim for same-day discharge,” Bhatt said in an interview. He linked this to radial access.

“Radial access certainly facilitates same-day discharge, though even beyond that aspect, it should be the default route of vascular access whenever possible,” Bhatt said. Yet he was careful to say that neither same-day discharge nor radial access can be recommended in all patients. While the operator needs “to be comfortable” with a radial access approach, there are multiple factors that might preclude early discharge.

“Of course, if a long procedure, high contrast use, bleeding, a long travel distance to get home, etc [are considered], then an overnight stay may be warranted,” he said.

Bradley advised centers planning to increase their same-day discharge rates for elective PCI to use a systematic approach.

“Sites should identify areas for opportunity in the use of same-day discharge and then track the implications on patient outcomes to ensure that the approach being used maintains high-quality care,” he said.

Bradley reported no potential conflicts of interest. Bhatt has received research funding from a large number of pharmaceutical and device manufacturers, including those that make products relevant to PCI.